Laity are disciples, not ‘second-class members’ of church, pope says 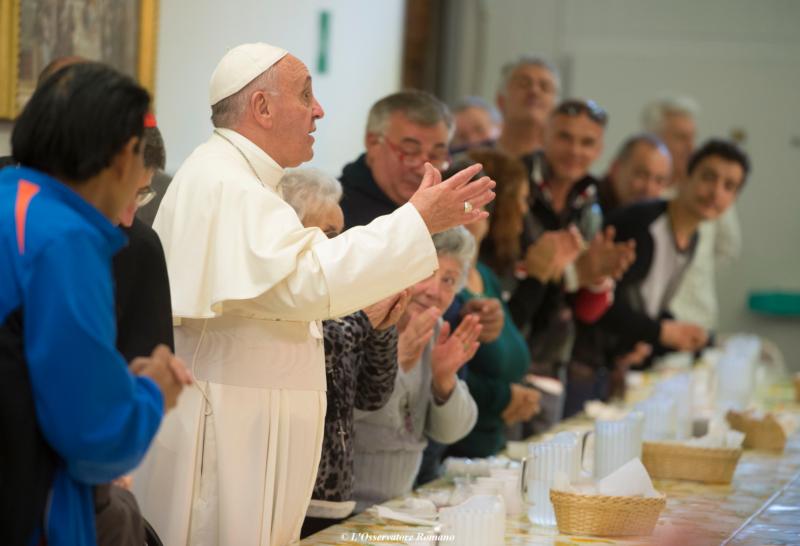 VATICAN CITY (CNS) — Laypeople are not second-class members at the service of the church hierarchy, but are disciples of Christ called to “enliven every environment, every activity and every human relationship according to the Gospel,” Pope Francis said.

The pope sent a message Nov. 10 to Cardinal Stanislaw Rylko, president of the Pontifical Council for the Laity, and participants of a workshop marking the 50th anniversary of the Second Vatican Council’s Decree on the Apostolate of the Laity, which defined the role, vocation and mission of laypeople in the Catholic Church.

In his message, the pope said that the Second Vatican Council did not just highlight the importance of the laity in the church, but defined their role as a vocation.

The proclamation of the Gospel “is not reserved to some ‘mission professionals,’ but should be the profound aspiration of all lay faithful who are called to evangelize by virtue of their baptism,” he said.

The pope said that while the council’s teachings have contributed to the growth of lay formation, its application challenges “every generation of pastors and laypeople, because it is a priceless gift of the Holy Spirit that must be accepted with gratitude and a sense of responsibility.”

Telling participants that making the teachings of the Second Vatican Council come alive in the church was a strong pastoral motivation for St. John Paul II, Pope Francis asked them to “have in your hearts the same longing to live and implement the council and bring the light of Christ to the world.”

NEXT: Back to the catacombs: New emphasis placed on bishops’ simplicity pact