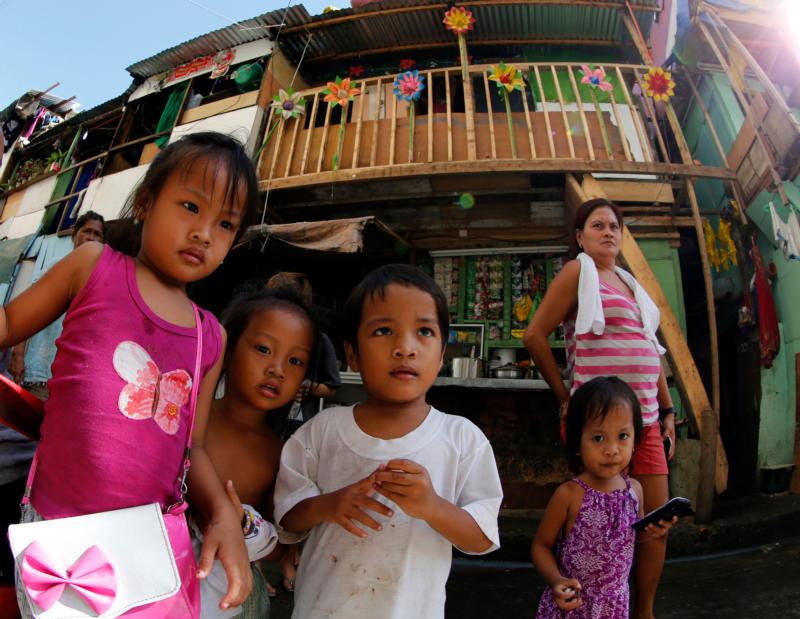 MANILA, Philippines (CNS) — As world leaders started arriving in Manila Nov. 17 for the Asia-Pacific Economic Cooperation (APEC) leaders’ summit, church leaders voiced concern that the poor might be forgotten once again in the high-level meeting.

“All economies should benefit as many people as possible because growth, to be growth, cannot be exclusive,” said Archbishop Socrates Villegas of Lingayen-Dagupan, president of the Philippine bishops’ conference. His remarks were reported by ucanews.com.

Growth “should always include especially those experiencing hardships, those who are forgotten,” he said in a statement ahead of the leaders’ summit, which begins Nov. 18. He added that the poor will always be the “priority of the church.”

Cardinal Orlando Quevedo of Cotabato challenged APEC leaders to effectively address hunger and poverty during the meeting. The prelate criticized the “trickle-down theory” of economics, saying that the poor should be a focal point of economic development.

“We should not be avidly following a trickle-down economy system but something that is bottom-up … so that the poor people can feel and enjoy the benefits of economic development,” the prelate said.

Speaking before world business leaders at the APEC CEO meeting Nov. 16, Philippine President Benigno Aquino vowed that the poor will be part of the agenda of the summit, ucanews.com reported.

“We will have important conversations about how we can free our people from the oppression of poverty and how to empower them to take part in sustainable economic growth,” the president said.

Aquino agreed with the bishops that “trickle-down economics was not the way forward.”

“The only real growth is that which is felt by the many. Thus, inclusive growth became the north star of our national policy — growth that truly helps each and every Filipino lift themselves up from poverty and play a meaningful role in continuing our country’s growth story,” Aquino said.

“Indeed, our entire growth strategy hinges on the idea of empowerment,” the Philippine president said, adding that “empowered citizens … are empowered consumers, whose income will go to the goods and services produced by companies.”

“The end result: Instead of having many big fish in a very small pond, we are moving our economic ecosystem into a bigger pond, where everybody can grow and reach their full potential,” said Aquino.

Archbishop Villegas said the ongoing global meeting should not focus only on helping the poor, but rather, on empowering them.

“We are so used to looking at the poor as recipients of help. I think we should change the mindset when we look at the poor as people with voices,” he said.