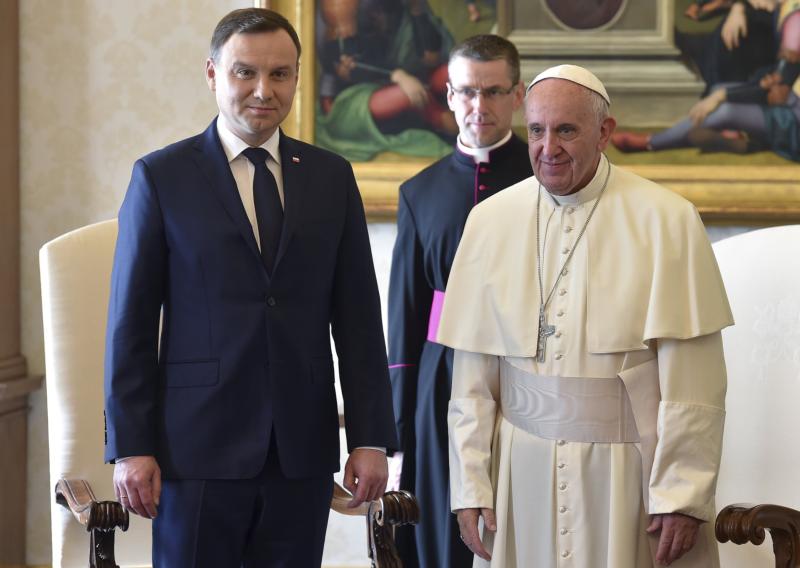 VATICAN CITY (CNS) — Pope Francis wants to visit the Marian shrine of Our Lady of Czestochowa as well as the Auschwitz concentration camp when he travels to Poland next year, according to Polish President Andrzej Duda.

After meeting Pope Francis Nov. 9, Duda told journalists of the pope’s desire to visit the two historical sites during his apostolic trip to the country in July for World Youth Day 2016.

The monastery of Jasna Gora houses the famed icon of the Black Madonna of Czestochowa, which, according to legend, was painted by St. Luke on a tabletop built by Jesus and was brought to Europe after its discovery by St. Helen, the mother of Emperor Constantine. The monastery, which is one of the largest pilgrimage sites in the world, was visited by St. John Paul II four times during his pontificate and by Pope Benedict XVI in 2006.

The Polish president said that the pope also wished to follow the footsteps of his predecessors and pray at the Auschwitz concentration camp where more than 1 million people, the majority of them Jewish, were systematically murdered by the Nazis.

The Vatican said that Pope Francis and Duda also discussed issues of mutual interest, including “the promotion of the family, support for social groups most in need and the welcome of migrants.”

“Some themes regarding the international community were discussed, such as peace and security, the conflict in Ukraine and the situation in the Middle East,” the statement said.

PREVIOUS: Pope: Dignity of workers must never be compromised