Pope: Dignity of workers must never be compromised 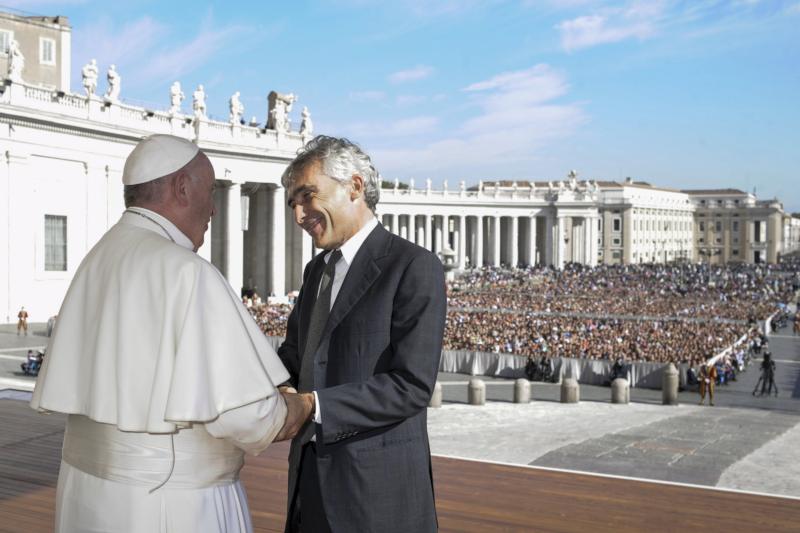 Pope Francis shakes hands with Tito Boeri, president of Italy's National Institute of Social Welfare, during an audience with members of the Italian National Social Security Institute in St. Peter's Square at the Vatican Nov. 7. The institute oversees the government's disability and pension structure. (CNS photo/L'Osservatore Romano, via Reuters)

VATICAN CITY (CNS) — The dignity and rights of workers must never be compromised, not only with regard to fair wages and pension, but also in “their right to rest,” Pope Francis said.

The pope met Nov. 7 in St. Peter’s Square with an estimated 23,000 members of the Italian National Social Security Institute, which oversees the government’s disability and pension structure.

Work and rest are connected, Pope Francis said, and true rest comes when one has “a secure job that gives dignity to you and your family.” He praised the institute’s work in defending worker’s rights based on the natural and “transcendental dignity” of the human person while acknowledging that their work is both an honor and a responsibility.

“You are in fact called to deal with increasingly complex challenges,” he said. “They come both from today’s society with the critical nature of its balances and the frailty of its relationships, and from the working world, plagued by insufficient employment and the precariousness of guarantees that it can offer.”

The pope stressed that unemployment, social injustice and the lack of new job opportunities place a strain on men and women, thus forcing them to work under unfair working conditions that deny them the right to rest.

Reminding the institute’s members of their duty in protecting the rights and dignity of workers, the pope said that they also are charged with ensuring that unemployed workers can support their families. He called on them to “protect women” and their rights in the workplace, especially their right to maternity leave when choosing to raise a family.

The pope also urged them to protect the rights of those who are entering into retirement, emphasizing that receiving a “pension is a right.”

“Be aware of the supreme dignity of each worker to whose service your work is offered,” he told them. “Supporting their income during and after their period of employment, you contribute to the quality” both of their work and of their retirement.

Work, he continued, guarantees a “dignified existence” for employees and cannot be reduced to “a mere cog in a perverse mechanism which grinds resources in order to make a profit” nor as a means of profit that sacrifices “values, relationships and principles.”

“Do not forget mankind: this is the imperative; to love and serve humanity with conscience, responsibility and willingness. Work for those who work and no less for who would like to but cannot,” he said. “Support the weakest ones so that no one lacks the dignity and freedom to live a truly human life.”