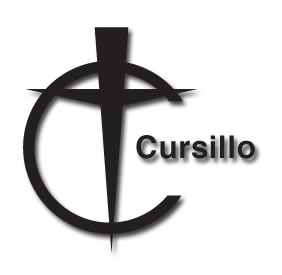 For Catholics in the Archdiocese who seek to renew their faith and strengthen their relationship with Christ, there is a ministry that can help them achieve those worthy goals: Cursillo.

The primary mission of Cursillo, which means short course of Christianity in Spanish, is to help Catholics learn more about their faith and how to live the Gospel in their daily lives.

While some Catholics in the Archdiocese of Philadelphia may have never heard of Cursillo, the apostolate will celebrate its 50th anniversary with a Mass on Sunday, Dec. 6 at St. Martin of Tours Church in Northeast Philadelphia.

Cursillo offers three-day retreats for men and women and ongoing opportunities for spiritual formation through group reunions and Ultreya (Spanish for onward) meetings which are held in Chester, Delaware and Montgomery counties.

Kellyanne Patterson, head of the Leader School for Philadelphia Cursillo, describes Cursillo as “a way to reignite people who were born into the Catholic faith so they practice with enthusiasm their Catholic faith.”

The Cursillo retreat experience is “an awakening and a realization of the things that we learned as kids, but as adults we see things a little differently,” she added. “This is a way to connect with what makes you alive, what makes you a happy person, and what makes you a good Catholic or Christian.”

The Cursillo Movement, founded by Eduardo Bonnin and Bishop Juan Hervas, originated in Mallora, Spain, in 1944 and spread to the United States in 1957. The rainbow colors associated with Cursillo reflect the diversity of the people who are part of the Movement. Within the Archdiocese of Philadelphia, Cursillo programs are offered in Spanish, Vietnamese, Filipino and English.

Cursillo helps people gain “a renewed exuberance for life, a deeper loving relationship with their God, and an awareness of our interconnectedness with everything God created,” Patterson said. “We are pilgrims on a journey, always welcoming other pilgrims, and accompanying them on their faith journeys.”

The anniversary Mass, which will be celebrated Sunday, Dec. 6 at 2 p.m., is open to the public, but an RSVP is required for the catered reception following the Mass. RSVP to Al Zielinski at alannez@verizon.net or Janice Blusnavage at jvbeach1@aol.com.