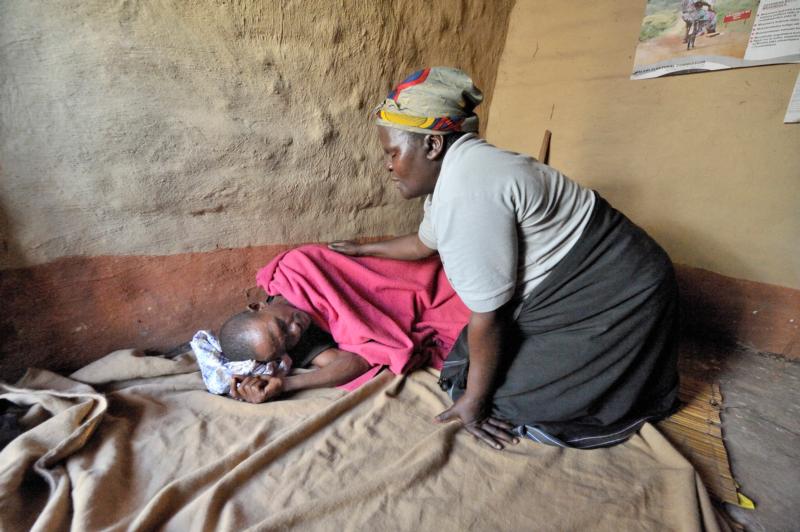 ACCRA, Ghana (CNS) — As the Year of Mercy neared, the bishops of Africa and Madagascar held up the work of families and local faith communities in caring for people with AIDS as a strong example of unconditional love.

In a statement to mark World AIDS Day Dec. 1, members of the Symposium of Episcopal Conferences of Africa and Madagascar, known as SECAM, also called upon all faith communities to practice charity and mercy in their service to people with HIV.

AIDS poses major health challenges on the continent. With about 10 percent of the world’s population living in sub-Saharan African, the region accounts for about 70 percent of global AIDS cases, according to the World Health Organization.

The numerous bishops’ conferences that are part of SECAM said the unconditional love showed by caregivers is “the true basis for reconciliation,” recognizing that the Catholic Church in Africa is observing is own Year of Reconciliation, which runs through July 29.

The statement drew upon the themes of the world Synod of Bishops on the family, which focused on the vocation and mission of the family in the church and the world, as well as SECAM’s 2015 statement, “The Future of the Family, Our Mission.”

“We have noted that the disclosure of one’s HIV and AIDS status is an important part of coping with the disease and ensuring family support” for the standards of care for people with AIDS, said the Dec. 1 statement.

It also offered support for the multiyear worldwide “Getting to Zero” campaign, which has the goal of reaching zero deaths from AIDS-related illnesses, no new HIV infections and the elimination of discrimination against people with the disease.

SECAM called “upon all people of goodwill to stand together with the Christian communities for the promotion of human dignity and the respect of the family.”

“In the view of the papal declaration of the extraordinary Holy Year of Mercy, we wish to intensify the promotion of compassion in our responses to the challenges of HIV and AIDS in local parishes and Catholic-inspired organizations,” the statement concluded.

Meanwhile, the African Jesuit AIDS Network based in Nairobi, Kenya, backed nearly 900 HIV-positive people from multiple sub-Saharan African countries who responded to a survey indicating a need to increase health care services in local communities for people with HIV.

AJAN said that it asked patients about access to antiretroviral therapy, known as ART, and the types of services they deemed appropriate to guarantee proper management of AIDS.

“Massive steps have been taken to make ART available to all who need but gaps still remain,” Jesuit Father Paterne Mombe, AJAN director, said in a Dec. 1 statement. “In this research, it is people living with HIV themselves who have told us what they need, what works for them. What emerges clearly is that they need more community-based, affordable, efficient and comprehensive of health care services to make universal access to treatment a reality.”