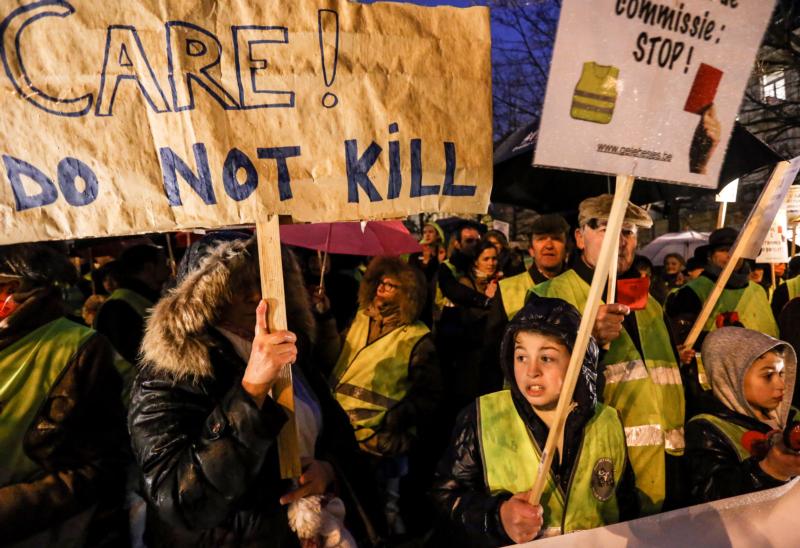 “We’re always opposed to euthanasia, so we approve and support this initiative,” Jesuit Father Tommy Scholtes, spokesman for the Brussels-based bishops’ conference, told Catholic News Service Dec. 11. “Although the church holds no position on the scientific arguments around euthanasia, we can see these medical practitioners have explained them effectively here. Although strong suffering can be very difficult to bear, palliative care will always offer a better answer.”

The signatories said a significant proportion of the 2,000 euthanasia deaths annually in Belgium involved patients complaining of depression and mental pain. They added that the term “incurable psychological suffering” had “no scientific foundation,” since it was impossible to judge when a patient had “resisted all treatment.”

“Certain people who considered themselves incurable have renounced euthanasia because new possibilities opened up for them,” said the letter, whose signers included Ariane Bazan, a top clinical psychologist, and Willem Lemmens, a medical ethics expert.

Assisted dying and voluntary euthanasia were legalized in Belgium in 2002, and euthanasia deaths are increasing by 27 percent annually, according to Health Ministry data. In 2013, approximately 5 percent of all deaths in Belgium were from euthanasia.

Belgium’s bishops condemned the law’s extension to make the traditionally Catholic country the world’s first to allow doctor-assisted killing of suffering children. In March, they deplored calls for euthanasia to be used against dementia sufferers and Alzheimer patients.

Father Scholtes said since euthanasia was the law, “it’s natural it will become an ever more banal occurrence.”

He also noted that the church could not impose its view.

“All we can say is we’re against these things and believe good palliative care should always be there for those who need it,” he said.

PREVIOUS: Survival of Christianity in Middle East at critical point due to ongoing persecution

NEXT: Pope Francis will venerate Mary at Mexico shrine next year