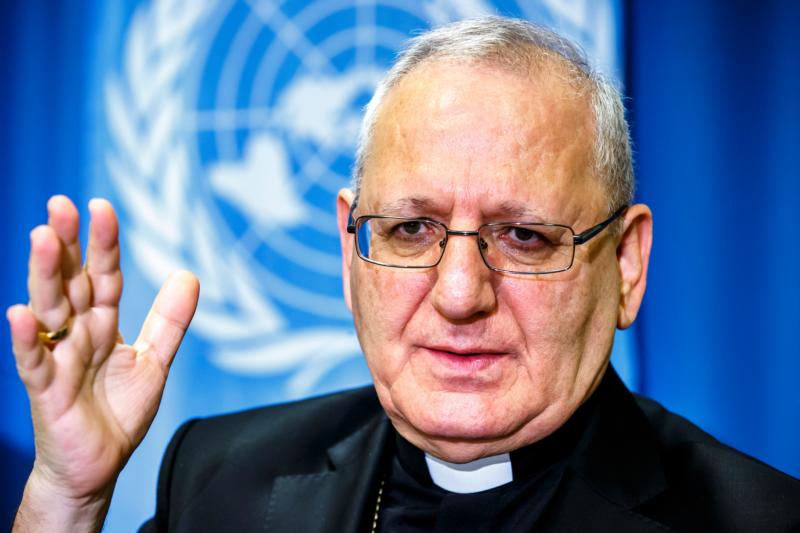 ROME (CNS) — The survival of Christianity in the Middle East has reached such a critical point that the chances of dialogue and reconciliation in the region are being threatened, said Chaldean Catholic Patriarch Louis Sako of Baghdad.

“The situation is very bad, very critical and always violent,” Patriarch Sako told Catholic News Service Dec. 10. “Last year in August, 120,000 Christian people were expelled from their homes, their villages and now they are living in some camps with nothing, but the church is helping them.”

Patriarch Sako was among the keynote speakers at a Dec. 10-12 international conference on Christian persecution in the world. He told CNS that the mass exodus of Christians in the region will only worsen the situation due to growing tensions between Sunni and Shiite Muslims who “are killing each other.”

“We Christians, we always bridged the groups and we promoted dialogue, reconciliation and forgiveness,” he said.

Archbishop William E. Lori of Baltimore, chairman of the U.S. bishops’ Ad Hoc Committee for Religious Liberty, stressed the need for Catholics in the West to “speak up for the persecuted Christian minorities in the Middle East” who are often “omitted” and “not mentioned.”

“We must not allow them to be forgotten. We must not engage in an unholy silence,” he told CNS.

Archbishop Lori said religious persecution and threats to religious liberty are “two sides of one coin” and that it was crucial for Christians in the West to “keep the flame of religious liberty bright in solidarity with our suffering sisters and brothers in the Middle East, Africa and elsewhere.”

The conference also touched upon the reasons why terrorist groups, like Islamic State, carry out brutal attacks against Christians and religious minorities. Patriarch Sako said such fundamentalist ideologies are a “cancer not only for Islam, but other” religions in the region as well.

The Islamic State and “fundamentalists don’t accept anything that doesn’t fit with their vision of Islam,” he said. “This is a kind of purification and, of course, Christians and other minorities are a target.”

Patriarch Sako also said it was “very wrong” for Western politicians to label actions by the Islamic State as “violent extremism” rather than “Islamic extremism.”

“This is not the truth because these groups, ISIS and others, are basing their actions on the holy Quran” and recited sayings of the prophet Muhammad. “Even when they burn (people) they recite” one of these sayings, he said.

“Of course, all Muslims are not fanatics or terrorists, but there are groups that want to establish an Islamic state with Islamic law as it was in the 7th century,” he said.

NEXT: Belgian bishops, pros agree: no euthanasia for ‘psychological suffering’