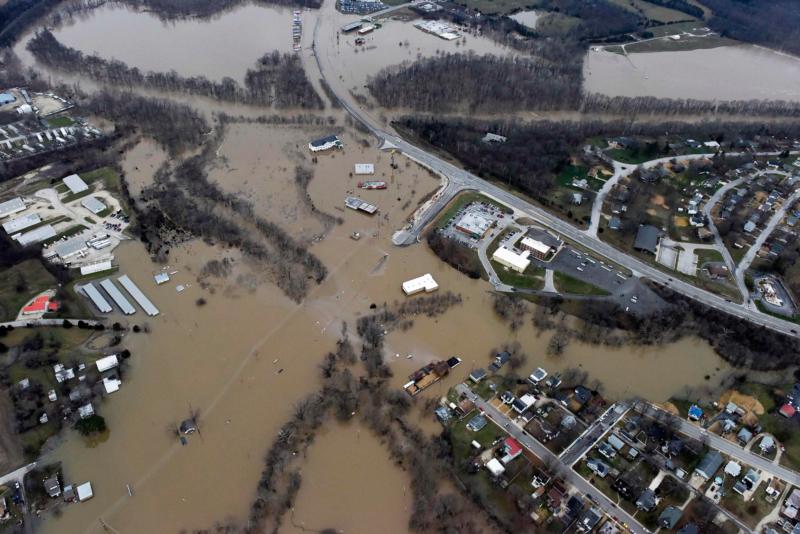 VATICAN CITY (CNS) — Pope Francis called on Christians to pray for victims of several natural disasters that have hit parts of the United States, Great Britain and Paraguay.

“I invite you to pray for the victims of disasters that in recent days have struck the United States, Great Britain and South America, especially in Paraguay, and that unfortunately have caused casualties, many displaced persons, and extensive damage,” the pope said Dec. 30, before concluding his weekly general audience.

Severe weather affected the southern and central United States, causing massive flooding that claimed the lives of 35 people in 13 states, according to CNN. Missouri was the most severely affected, with levees overflowing in St. Louis.

Storms also rocked Latin American countries, with Paraguay being the hardest hit, forcing an estimated 150,000 people to evacuate. According to the BBC, the severe weather has been attributed to the El Nino weather phenomenon, in which warmer-than-average sea temperatures cause severe storm systems.

Other countries affected by the storm were Brazil and the pope’s native Argentina, where an estimated 20,000 people were evacuated due to flooding.

Pope Francis prayed that “the Lord give comfort to those people and may fraternal solidarity help them in their needs.”