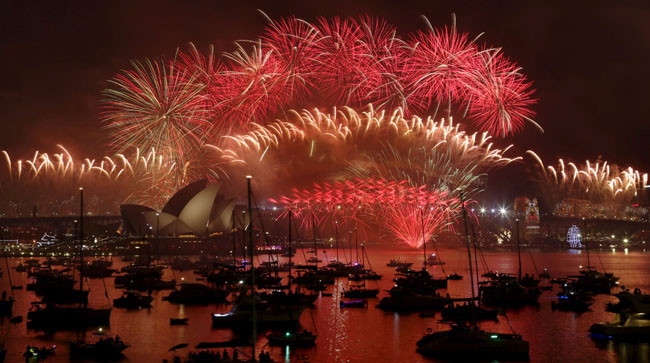 “At the beginning of the New Year, I would like to share not only this profound conviction (that God does not abandon us) but also my cordial good wishes for prosperity, peace and the fulfillment of the hopes of every man and every woman, every family, people and nation throughout the world, including all Heads of State and Government and all religious leaders,” the pope wrote.

“We continue to trust that 2016 will see us all firmly and confidently engaged, on different levels, in the pursuit of justice and peace,” he wrote. The pope acknowledged that, sadly, “war and terrorism, accompanied by kidnapping, ethnic or religious persecution and the misuse of power, marked the past year from start to finish. In many parts of the world, these have became so common as to constitute a real ‘third world war fought piecemeal.’

“Yet some events of the year now ending inspire me, in looking ahead to the new year, to encourage everyone not to lose hope in our human ability to conquer evil and to combat resignation and indifference. They demonstrate our capacity to show solidarity and to rise above self-interest, apathy and indifference in the face of critical situations,” Pope Francis said.

NEXT: Catholics, Protestants and Muslims join in recovery from England floods