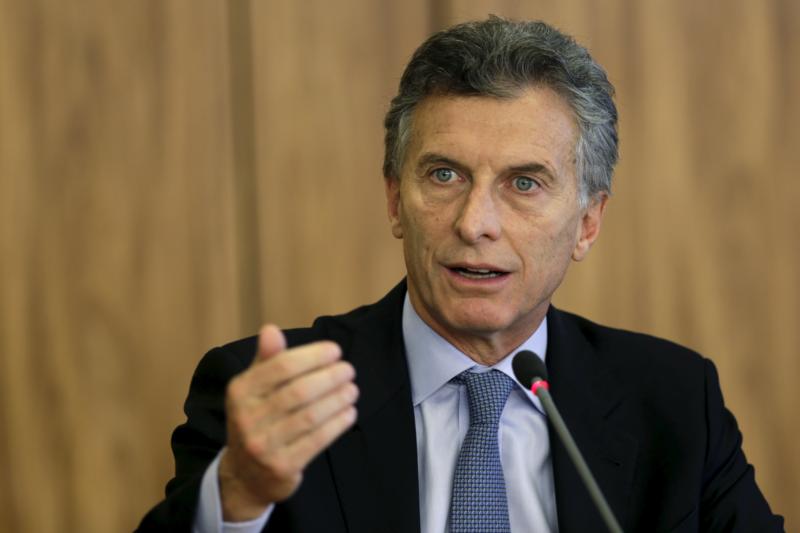 “The Argentine Catholic Church will get along much better with Macri than with the Kirchners,” said Fernando Farias, a journalist and analyst with Argentine public radio in Buenos Aires. “I think that the Catholic Church, with a friendlier government in office, is going to try to advance conservative policies.”

Farias cited several reasons for the expectations of improved relations. The couple polarized politics in Argentina and “had problems talking with others,” including the Catholic Church, he said. The incoming vice president, Gabriela Michetti, was considered “one of the top five” politicians closest with Pope Francis during his time as archbishop of Buenos Aires.

“She’s known for being a very religious person” and voting in conservative ways in Congress, Farias said. That included a vote in 2010 against allowing same-sex marriages — a position similar to that of the Argentine bishops’ conference. Michetti recently recanted her opposition.

The bishops issued a postelection statement wishing Macri well and saying, “We assure you also our prayers, asking the Lord to illuminate and strengthen you in the delicate mission of leading the homeland and the integral development of all citizens, particularly the weakest.”

Macri, a former mayor of Buenos Aires, won a close runoff election Nov. 22 over Daniel Scioli, who had Fernandez’s backing and that of the Peronist political movement, which has dominated Argentine politics for decades.

Analysts say Argentines tired of Fernandez’s oft-confrontational ways, along with an underperforming economy, though growth was solid in the early years of the Kirchners’ administrations as the country recovered from a record default on its sovereign debts in 2001.

“What happened is that many people in our country were tired of the outrage and fear, the lies and high-handedness of the current government,” said Jose Maria Poirier, publisher of the Catholic magazine Criterio in Buenos Aires.

Pope Francis is a prominent figure in Argentina, but Poirier said the pontiff “did not influence (the election) in any way, nor did he want to,” though Scioli and the government, “tried vainly to use him.”

The Kirchners famously clashed with Pope Francis — then Cardinal Jorge Mario Bergoglio of Buenos Aires — until his election as pope in 2013. Nestor Kirchner, who died in 2010, branded the future pope his principle political enemy, while Fernandez reportedly never met individually with Bergoglio after her 2008 election, despite their offices being on opposite sides of the Plaza de Mayo in central Buenos Aires.

The couple stopped attending the annual Te Deum — a service in celebration of the independence holiday — in Buenos Aires. Journalist Austen Ivereigh reported Bergoglio being spied on by the Argentine security service, which pointed listening devices toward his apartment.

Bergoglio had criticized the Kirchners for corruption. In 2006, he tapped a retiring bishop in the northern province of Misiones to a lead successful a campaign against a plebiscite on perpetual re-election — something Kirchner supported and wanted to replicate on the national level.

Pope Francis and Fernandez improved relations after his election as pope. Fernandez traveled frequently to the Vatican and attended Mass during the papal trips to Brazil, Paraguay and Cuba.

Macri tweeted before the election, “I feel a deep respect for Pope Francis and personally, I am in favor of life.” He later expressed hopes the pope would visit in 2016 — something analysts said was unlikely to happen.

“I don’t think Francis will travel to Argentina for at least a year,” Poirier said.

NEXT: Pope Francis: Holy Year serves as reminder to put mercy before judgment