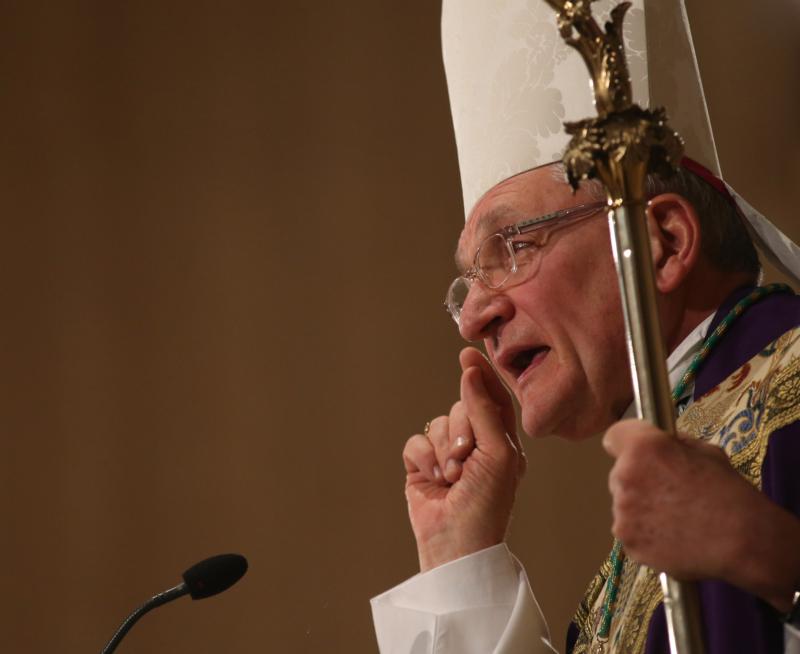 Bishop David A. Zubik of Pittsburgh delivers the homily during the closing Mass for the National Prayer Vigil for Life at the Basilica of the National Shrine of the Immaculate Conception in Washington Jan. 22. Later that day pilgrims gathered on on the grounds of the Washington Monument for the annual March for Life. (CNS photo/Bob Roller) 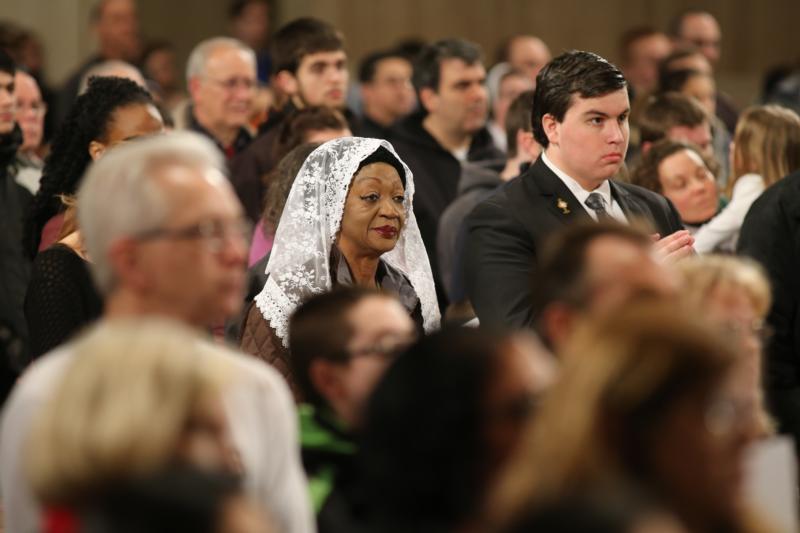 People pray during the closing Mass for the National Prayer Vigil for Life at the Basilica of the National Shrine of the Immaculate Conception in Washington Jan. 22. Later that day pilgrims gathered on on the grounds of the Washington Monument for the annual March for Life. (CNS photo/Bob Roller)

WASHINGTON (CNS) — Bishop David A. Zubik of Pittsburgh urged Massgoers preparing to rally in Washington for the annual March for Life to “connect the dots” linking all manner of life issues.

At a Jan. 22 Mass at the Basilica of the National Shrine of the Immaculate Conception, Bishop Zubik invoked his fifth-grade teacher, Sister Mary Richard, who “taught me how to be a pro-lifer.”

The nun “did it in an interesting and an unexpected way,” he said. “If you have any hopes of getting to the sixth grade,” he remembered her saying, “you’d better know more than just the Hail Mary. You’d better know the prepositions” — at which point Bishop Zubik reeled off a string of prepositions in alphabetical order, from “above” to “with.” “Needless to say,” he added, “I made it to the sixth grade.”

But prepositions, he said in his homily during the Mass, “give sentences their meaning.” He added, “Every one of us is called by God to be prepositions in life.”

Bishop Zubik said that while people engage in fasting, often interpreted as giving up something valuable to them, God has no interest in that. Instead, the bishop added, one has to go to the root of the word “sacrifice” — in Latin, “sacrum facere,” or to make holy.

The way to do that, Bishop Zubik said, is to “connect the dots” of life issues as prepositions connect the key words and phrases in a sentence.

“To connect the dots in 2016 takes on its own flavor,” he said, “to make holy all of life, by connecting the dots to every single person,” from the unborn to the born to the elderly, to those “suffering from human trafficking” and those “exploited by pornography,” and “to the unemployed and the underemployed, looking not so much for a hand out as a lift up.”

Connecting the dots to all persons is what God intended, Bishop Zubik said, “to see each other as God sees us all.”

He lamented the Supreme Court decisions of Jan. 22, 1973, that legalized abortion virtually on demand, as it “opened the door” to a host of other legal, legislative and proposed initiatives that reduce the sanctity of human life. 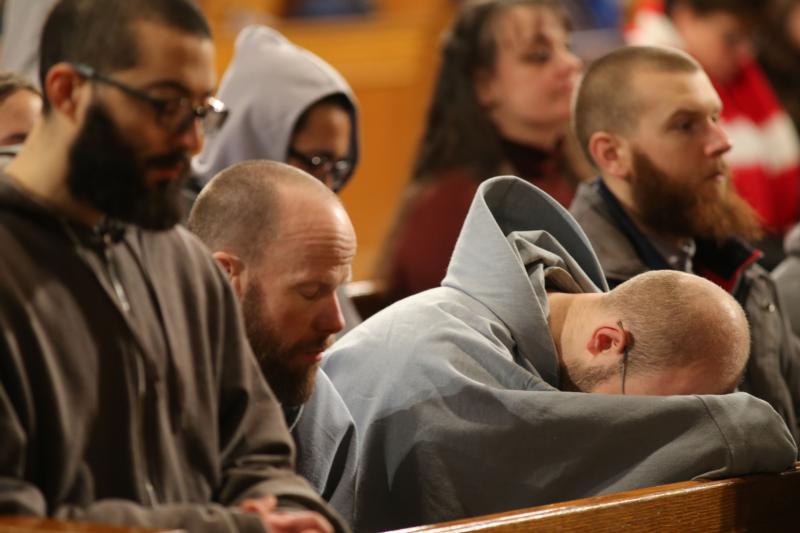 Monks pray during the closing Mass for the National Prayer Vigil for Life at the Basilica of the National Shrine of the Immaculate Conception in Washington Jan. 22. (CNS photo/Bob Roller)

He suggested twice — during the homily and in a post-Communion reflection — that Massgoers think about the people who brought them to Washington on the anniversary date. “Not by wheels and wings” to come to Washington, Bishop Zubik said, but by their example and formation. Bishop Zubik offered as one such example — his own mother — who he said “taught me to get down on my knees” to pray at bedtime each night, and upon waking, “to get down on my knees again” at the same bedside. He also exhorted them to “make sure you’re very careful” as threatening weather approached.

Fears of a storm system dumping a foot or more of snow in the Washington area kept attendance down for the closing Mass as it had for the Jan. 21 Mass that started the overnight vigil. For this Mass, many pews were not packed shoulder-to-shoulder with people, and even a few pews in a far transept were empty.

Even so, the size of the national shrine’s upper church ensured that there were thousands of people attending.

Msgr. Walter Rossi, rector of the national shrine, in welcoming remarks shortly after the Mass began, said, “We are pleased to have so many of you who have braved the threat of Winter Storm Jonas.”

NEXT: Cardinal Dolan: Newborn in manger a positive sign of a culture of life