Religious freedom is being challenged in fundamental ways, say speakers 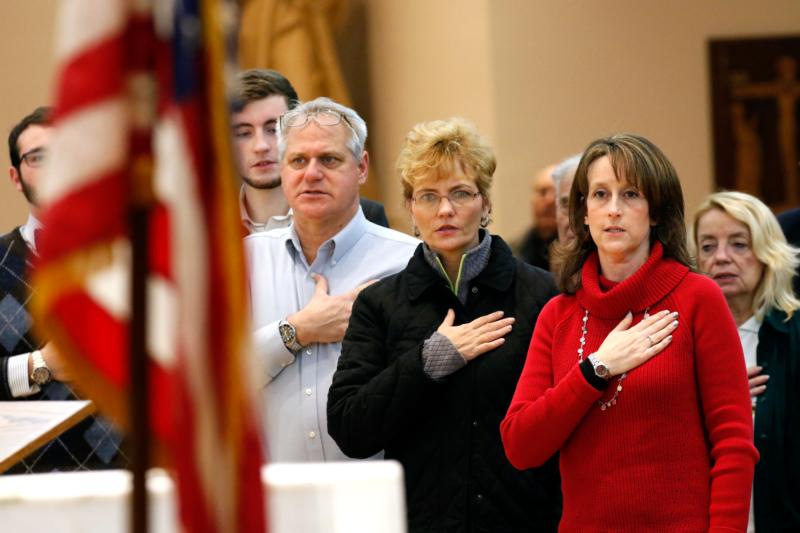 WASHINGTON (CNS) — Religious freedom is being challenged in fundamental ways, according to speakers at a panel discussion on “Religious Liberty and the Future: Faith, Skepticism, Culture and Hope” at the Heritage Foundation in Washington Jan. 21.

Archbishop William E. Lori of Baltimore said the fundamental problems include “the decoupling of our basic freedoms from the search for truth.” He noted that 50 years ago, the Second Vatican Council issued a document on religious freedom known as “Dignitatis Humanae” (“Of Human Dignity”). Some of those debating the document wanted it to focus only on the freedom from coercion, which is important.

“Indeed,” he said, “no government and no social force should coerce individuals or groups in religious matters, and that made its way into the document.”

However, the archbishop added, other Vatican II fathers, including then-Cardinal Karol Wojtyla, later Pope John Paul II, argued that religious freedom is linked to the search for truth — truth about the human person made in God’s image and endowed with free will, made for the search for truth.

Archbishop Lori, chairman of the U.S. Conference of Catholic Bishops’ Ad Hoc Committee on Religious Liberty, was joined on the panel by Kevin D. Roberts, president of Wyoming Catholic College in Lander, Wyoming; and Roger Severino, director of the DeVos Center for Religion and Civil Society at the Heritage Foundation.

James W. Tonkowich, director of distance learning for Wyoming Catholic College and author of “The Liberty Threat: The Attack on Religious Liberty in America,” moderated the panel.

The discussion was sponsored by the foundation, a conservative research and education think tank. Wyoming Catholic College co-hosted the event.

The archbishop said the decoupling of freedom to choose from responsibility also is a problem, because choice does not mean the ability to do anything. The current state of our society de-emphasizes that this freedom must be properly linked to “the freedom to choose what is good and true.”

The third fundamental cultural problem is the view that our freedoms are given to us by the state and not God, he said.

“I think the challenges we see to religious freedom today stem from roots like these, whether it’s Christians being beheaded in the Middle East or the tendencies of so-called liberal democracies to manage religion, such as we see in the HHS mandate or the difficulties that individuals, institutions and religious groups experience. … If you challenge one fundamental freedom, you challenge them all,” he said.

Archbishop Lori added, “The defense of religious liberty is, at the same time, the defense of human dignity and the common good of society. It is fundamental to the task of building a civilization of love. It is fundamental toward … rebuilding the fabric of our society.” He noted that the defense of religious liberty is essential to the outward-reaching ministries of faith organizations. “It is these ministries precisely that are in the crosshairs of our society today.”

In his remarks, Roberts took the perspective of education and said he looked at religious liberty from a “sidewalk level.” He said Wyoming Catholic College would much rather focus on the formation of the human person than on religious liberty, except as a topic in academic classes.

“But the reality is in the 21st century that we are called not only to teach our students about, as the archbishop reminds us, our civic heritage and of course our religious heritage but to give them some advice and practical tools for being involved in that fight,” he said.

Roberts said they are optimistic at Wyoming Catholic College that the fight can be won.

Wyoming Catholic, established in 2005, joined the Diocese of Cheyenne in January 2014 in a complaint by several Wyoming Catholic institutions against the Health and Human Services mandate that most employers, including religious employers, provide comprehensive contraceptive coverage in their employee insurance plans.

Roberts told the audience of about 30 people present in the auditorium, plus others watching the discussion live via the Internet, that the challenges make it harder for educational institutions to exist “based the real value proposition which is the formation of the human person with real freedom, … which is doing what we ought to do, not this modern-era concept of doing whatever they heck we want to do.”

He said this is especially difficult at the secondary education level. In higher education, the problem is most acute in administrative interpretation of the law.

The college president noted that Title IX, which was devised to provide gender equity on college sporting programs, is being expanded to include definitions and accommodations for transgender persons. That has led to concerns that eventually Title IV federal student loan and grant programs will be tied to a college’s compliance with new definitions of gender in Title IX.

While “we extend the greatest love and charity to anyone suffering from same-sex attraction or some problems with their self-awareness and identity, what doesn’t work is to turn that into a trump card that can change how an institution operates and what an institution thinks and believes. And the government at the administrative level is using Title IX to promote this agenda of transgenderism. And as you know, hundreds of colleges like ours refuse to participate in that redefinition, and it puts us at great risk.”

He said in light of that, Wyoming Catholic made the prudent decision not to accept federal grant and loan funds so they could avoid such conflicts, while realizing funds to help students will have to be raised elsewhere.

The Heritage Foundation’s Severino began his comments with an observation about a sign for a family bathroom at an airport. The sign depicted the familiar stick figures of a man, a woman and a child. “When I was looking at that sign, I thought, ‘How sad,’ because this sign will likely be coming down soon.”

He said it might soon become illegal to have that vision of the family. He said it will start in public places and will filter up to businesses and one way or another it will affect religious institutions.

“I look at this as one example because the institution of the family is so critical to human flourishing that it’s no surprise that religious institutions and people of faith care so deeply about it,” he said.

“The state cares deeply about it too, and those two visions of the family are diverging,” which has led to church-state conflict, and is getting worse, Severino said.

He noted that it’s not a done deal, pointing to the strides made against abortion from actions such as the annual March for Life being held in Washington the following day.

He called recent laws and court decisions in favor of same-sex marriage a state-imposed redefinition of marriage. He asked whether individuals could continue to believe and act on the belief that marriage should be between one man and one woman without legal consequences. He cited cases in which bakers and florists who would not provide services for same-sex weddings have been “fined out of business.”

“This has nothing to do with same-sex couples getting licenses. It has everything to do with one side having a winner-take-all attitude and forcing others to conform,” Severino said.

He said that secularism contributes to the divide in these debates. “If you lack faith, then people of faith seem foreign to you … and you have less understanding, less reason to give people the benefit of the doubt if their beliefs differ from yours. There is a movement afoot to treat faith like second-hand smoke,” something allowed in private, as long as it doesn’t have any impact on others.

Gunty is CEO and associate publisher/editor of the Catholic review, newspaper of the Archdiocese of Baltimore.