Ghanaian bishops: No Guantanamo prisoners in our backyard 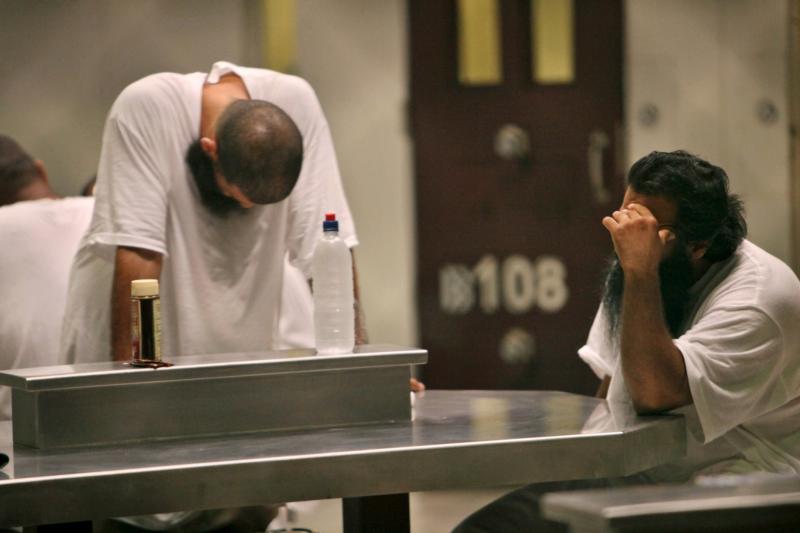 Detainees are seen inside the Camp 6 detention facility in 2009 at Guantanamo Bay U.S. Naval Base in Cuba. Ghana's bishops have criticized the government for accepting two former prisoners from Guantanamo Bay, describing the situation as wrong and dangerous. (CNS photo/Linsley, pool via Reuters)

In a Jan. 11 statement, the Ghana Bishops’ Conference urged the government to “act in the best interest of the nation by sending these men back to wherever they came from.”

The statement said that since one of the two men fought for Osama bin Laden and another trained with al-Qaida, “we wish to pose these questions, among others, for our government’s response: What is their mission here in Ghana? Does their presence not constitute or pose a clear danger to us? If indeed these two persons are harmless and if they have been ‘cleared’ of any terrorist act by the U.S. government, as our government and the U.S. government and some others want us to believe, why were they not sent back to Yemen or Saudi Arabia or Afghanistan where they come from or taken to the USA, which found them harmless? Did our representatives in Parliament discuss the merits and demerits of their resettlement here in Ghana?

“We need urgent answers to these and other questions because we think that their presence clearly poses a threat to Ghana.”

The bishops called on the government not to act in ways that can have serious consequences on the nation’s safety and security.

“Ghana has been open to receiving refugees in the past, but these two men are not in this category. We think that they are not refugees but time-bombs, and so (the) government should do all it can to send them back as soon as practicable,” the bishops added.

“We have reports of the movement of Boko Haram fighters across parts of West Africa, looking for places to pitch camp. This and other reports should make Ghana reflect soberly on how to tighten our nation’s borders and security to ensure that we do not fall victim to the attacks of these terrorist groups in the near future. The acceptance of two former prisoners of Guantanamo Bay camp is surely not a good move in the effort to secure the security of the nation.”

PREVIOUS: The best legacy children can receive from parents is faith, pope says

NEXT: Pope: Prayers of the faithful, not clergy, can make miracles happen