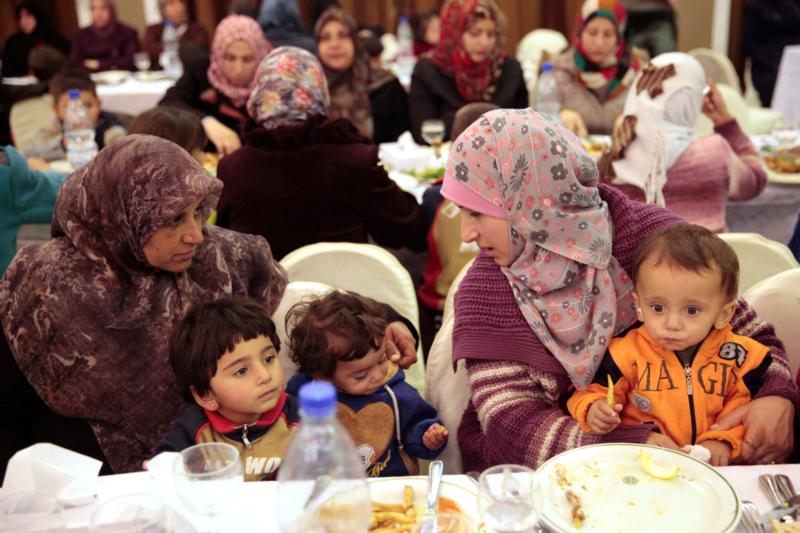 Islamic State claimed responsibility for the Dec. 30 attack, which killed 20 people, 13 of them Christian, and injured more than 40.

“Most victims were young people willing to welcome the New Year with hope and joy,” Syriac Catholic Patriarch Ignatius Joseph III Younan told Catholic News Service from the patriarchate in Beirut. Instead, he said, “In tears and gloomy hope, Christians of Qamishli welcomed 2016.”

“It was a sinister message the terrorists wanted to send to the Christians of this city, sowing death and tears,” the patriarch said of the “unprecedented terrorist massacre … a message of horror so far to the entire Christian community in this war-torn country for the past five years.”

Prior to the conflict that is tearing apart Syria, Christians in Qamishli, located in northeast Syria near the Turkish border, numbered about 40,000.

“Now they surely are less than half,” Patriarch Younan said of the continuing exodus and fatalities. “Now, after this massacre, our fear is that the emigration of Christians will go further and in larger numbers.”

Christians in the patriarch’s hometown of Hassakeh, 52 miles away, previously numbered about 35,000. He said probably only about half remain. The patriarch added that hundreds of families from the countryside had been headed to cities like Qamishli and Hassakeh, which, until the attack, had remained relatively unscathed in the conflict.

“It is a really frightening development of the situation. The young generation seem to have no more hope in the future,” he said.

In a statement from the patriarchate in Damascus, Syria, Syrian Orthodox Patriarch Ignatius Aphrem II, who was born in Qamishli, denounced the attack, saying: “The old people weep, the young are losing hope and the children’s joy is wiped away.”

“The enemy of humanity is spreading its power everywhere in our beloved Middle East, seeking to destroy the homes of the children of God and to lead them astray,” Patriarch Ignatius Aphrem said.

“What god do these suicide bombers worship? What religion do they follow?” the patriarch asked, emphasizing that “they use blood, slaughter, and killing as a way to please their god.”

“Where are the people of good conscience to act against these attacks? Is it not time to wake up from their deep sleep and to do all that is possible to protect the remaining people in this region, whose sole concern is to live in peace in their homeland? Is it not the fit time to unite and collectively fight all forms of terrorism and extremism?” he asked.

The funerals of the 13 Christian Qamishli victims Dec. 31 were an ecumenical ceremony concelebrated by Syriac Catholic Archbishops Gregorios Elias Tabe of Damascus and Jacque Behnan Hindo of Hassakeh, a Syriac Orthodox bishop and several members of Armenian Catholic and Orthodox clergy, which Patriarch Younan referred to as “a witness of communion that Christians of the Middle East continue to give, living ‘the ecumenism of blood,’ as Pope Francis has repeatedly said.”

In Beirut Dec. 31, the Syriac and Armenian Catholic patriarchs, bishops and priests of different denominations, including Orthodox, gathered to offer prayers for the victims.

“We pray to the Lord to end this tragedy: Enough of this terrorism, enough is enough,” Patriarch Younan said at the ceremony. “We invite and urge decision-makers in the world to work on security and restoring peace and tranquility in the world, especially in our East, especially in Syria and Iraq.”

NEXT: Canada on track to welcome 25,000 Syrian refugees, says ambassador