Pandemic battle should inspire fight for life in all forms, archbishop says

Scalia dies at 79; was longest-serving justice on current Supreme Court 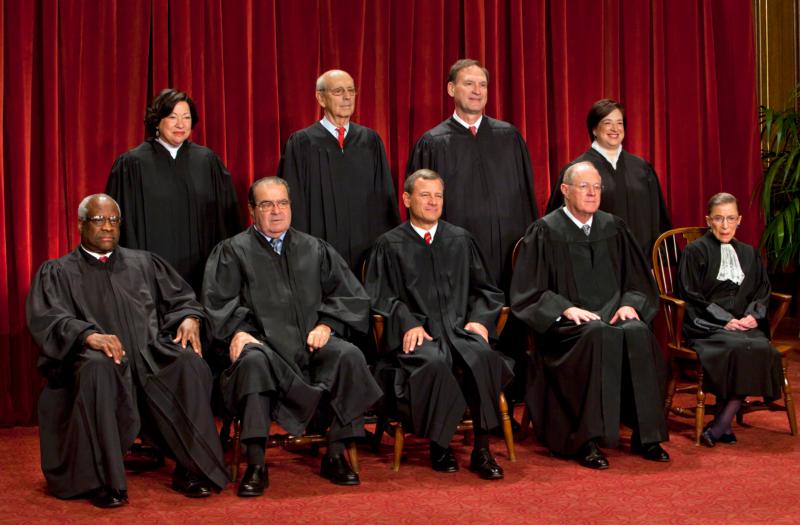 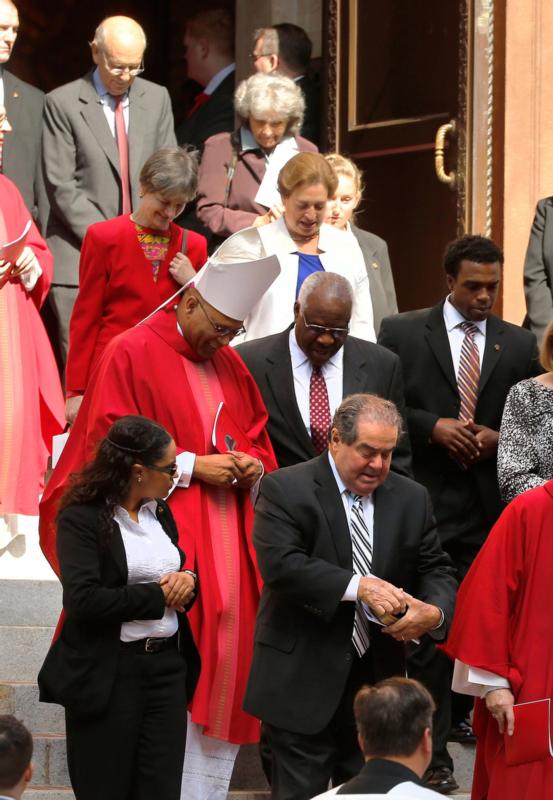 UPDATED – WASHINGTON (CNS) — Supreme Court Justice Antonin Scalia, who died of apparent natural causes Feb. 13 while in Texas on a hunting trip, once said in an interview that while he took his Catholic faith seriously, he never allowed it to influence his work on the high court.

“I don’t think there’s any such thing as a Catholic judge,” Scalia told The Catholic Review, Baltimore’s archdiocesan newspaper, in 2010. “There are good judges and bad judges. The only article in faith that plays any part in my judging is the commandment ‘Thou Shalt Not Lie.'”

Scalia said it wasn’t his job to make policy or law, but to “say only what the law provides.”

On the issue of abortion, for example, he told the Review that “if I genuinely thought the Constitution guaranteed a woman’s right to abortion, I would be on the other (side),” said Scalia, who long held that abortion is not guaranteed in the Constitution. “It would (have) nothing with my religion,” he said. “It has to do with my being a lawyer.”

He was widely regarded as an “originalist,” who said the best method for judging cases was examining what the Founding Fathers meant when writing the Constitution.

“My burden is not to show that originalism is perfect, but that it beats the other alternatives,” he said in a 2010 lecture.

Nominated to the high court in June 1986 by President Ronald Reagan and confirmed by the Senate that September, Scalia was the longest-serving member of the current Supreme Court. He was 79.

With his death, there are now five Catholics among the remaining eight justices.

According to an AP story, Scalia’s body was flown on a private plane from Texas to Virginia, arriving late the night of Feb. 14. No funeral arrangements had been announced as of midday Feb. 15.

Scalia was found dead the morning of Feb. 13 in his room at Cibolo Creek Ranch south of Marfa, Texas. The justice was part of a group of 30 or so guests on a hunting trip. Ranch owner John Poindexter told reporters that the justice seemed his usual self at dinner Feb. 12 but also noted Scalia had told his group he was tired and had turned in early. When Scalia didn’t appear for breakfast the next morning, Poindexter and another staff member went to check on him and found the justice in “in complete repose” in his room.

By mid-afternoon Feb. 13, Judge Cinderela Guevara of Presidio County, Texas, determined he had died of natural causes. Before making her ruling, she said, she consulted with sheriff’s investigators, who were on the scene and who said there were no signs of foul play. Guevara said she also talked with Scalia’s physician in Washington; a few days before his hunting trip, the jurist told his doctor he was not feeling well.

The Scalia family felt a private autopsy was unnecessary and requested that his body be returned to Washington as soon as possible, according to Chris Lujan of Sunset Funeral Homes in El Paso, Texas, about 195 miles northwest of Marfa. The facility received Scalia’s body and handled the transport of his remains to Virginia.

“We are all deeply saddened by the sudden and unexpected death of Justice Antonin Scalia,” said Bishop Paul S. Loverde of Arlington, Virginia, the diocese Scalia and his wife of nearly 56 years, Maureen McCarthy Scalia, called home.

“His presence among us encouraged us to be faithful to our own responsibilities whether familial, religious or vocational. His wisdom brought clarity to issues. His witness to truth enabled us to seek to do the same,” the bishop said in a statement.

Washington Cardinal Donald W. Wuerl said of Scalia: “I admired his strong and unwavering faith in the Lord and his dedication to serving our country by upholding the U.S. Constitution.” He noted that every year, Scalia attended the Red Mass at the Cathedral of St. Matthew the Apostle in Washington. The Mass is celebrated to invoke God’s blessings on those who work in the administration of justice.

Besides his wife, Scalia is survived by the couple’s five sons and four daughters as well as 36 grandchildren. Their son, Father Paul Scalia, is a priest of the Arlington Diocese.

Born in Trenton, New Jersey, March 11, 1936, and raised on Long Island, Antonin “Nino” Gregory Scalia was an only child. His father, Salvatore, was an Italian immigrant from Sicily, who worked as a clerk and was a graduate student when his son was born. Salvatore eventually became a college professor. Antonin’s mother, born in Trenton to Italian immigrant parents, was an elementary school teacher.

Scalia moved to Cleveland, practicing law there with the firm of Jones, Day, Cockley and Reavis until 1967. He then joined the faculty of the University of Virginia School of Law in Charlottesville. He took a leave in 1971 when President Richard Nixon appointed him general counsel for the Office of Telecommunications Policy.

He left the university in 1974, when he was appointed assistant attorney general in the Office of Legal Counsel at Department of Justice. In 1977, Scalia returned to teaching. He was on the faculty at the University of Chicago Law School. He also was a visiting professor at the law schools of Georgetown and Stanford University.

In 1982, Reagan nominated him to the U.S. Court of Appeals for the District of Columbia, where he served until being named to the Supreme Court.

In other reaction in Washington to Scalia’s death, The Catholic University of America in a Feb. 15 statement called him “a man who loved his family, his faith, his country and the Constitution that established it.”

“He insisted that there is no such thing as a Catholic judge, only good and bad ones,” the university said. “But in his 30 years on the Supreme Court, he offered a model for American Catholics of how we might serve both God and country.”

In 1994, Catholic University honored Scalia with the James Cardinal Gibbons Medal, given for service to the nation, the Catholic Church or the university. In 1999, the university gave Scalia an honorary degree.

In 2010, the St. Thomas More Society of Maryland honored Scalia with its “Man for All Seasons Award,” given to members of the legal profession who embody the ideals of St. Thomas More.

Archbishop Timothy P. Broglio of the U.S. Archdiocese of the Military Services said Feb. 15 that Scalia “was a brilliant jurist who contributed much to the country and I mourn his passing. We are all poorer, because he no longer walks among us, but richer, because of the gifts he shared with us.”

In 1992, Scalia told a group of high school students at Washington’s Georgetown Visitation High School that, as Catholics, they might feel out of step with the rest of the world, but they should learn to accept it and take pride in it.

He said he was raised a Catholic when the religion was not in the mainstream.

“When I was the age of you young ladies, the church provided obtrusive reminders that we were different,” he said, referring to meatless Fridays and Sunday morning fasts before receiving Communion. These practices “were not just to toughen us up” but to “require us to be out of step,” he said.

Scalia noted the sense of “differentness” should have enabled Catholics “to be strong enough on bigger issues” such as abortion, contraception and divorce.

He also spoke of what he called the necessary distinction between church and state.

“The business of the state is not God’s business,” he said.

Contributing to this story was George P. Matysek Jr. and Carol Zimmermann.

PREVIOUS: Scourge of human trafficking slowly moving out of the shadows

NEXT: El Paso Diocese gets ready for rendezvous with Pope Francis