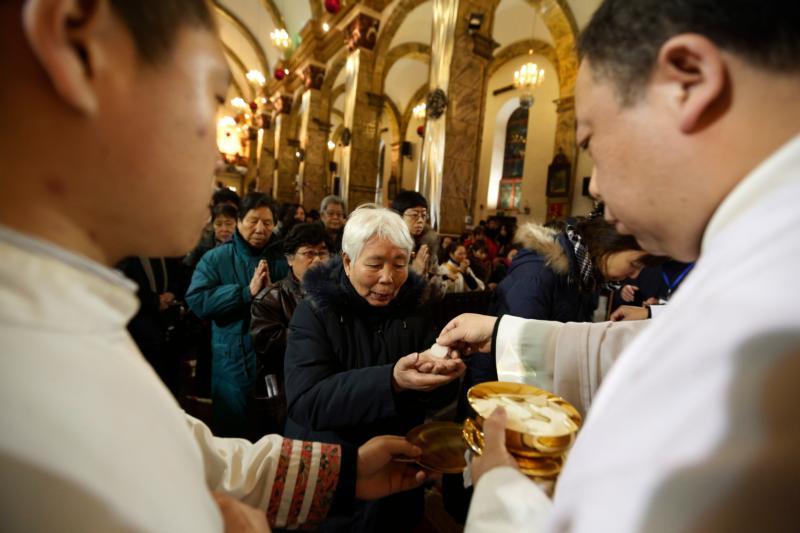 It said Liu Yuanlong, who took part in his role as vice director of the Chinese Catholic Patriotic Association, was not immediately available for comment.

Without explanation, Beijing has repeatedly postponed a major meeting on religion that was due to be chaired by President Xi Jinping at the end of last year. Delays may be due to problems drawing up a cohesive religious blueprint for the whole country, according to analysts.

Yu has met regularly with religious groups across the country over the past year as the party makes plans for the meeting.

Under Xi, China has veered toward a more repressive policy on religion that has stressed Chinese faiths over those deemed imported from overseas. The Chinese president has regularly quoted from Confucius, whose popularity has been resurgent in recent years, while Christians, Muslims and Buddhists have complained of growing persecution.

Amid a campaign by the provincial authorities in Zhejiang that has led to the removal of more than 1,500 church crosses over the past two years, authorities there have started a new program that includes efforts to tie Bible passages to party doctrine.

In another major shift on religious practice, the party’s Central Committee and State Council have issued a circular ordering retired officials to steer clear of religion, Xinhua reported Feb. 4.

“(The circular) clearly stated that retired cadres cannot believe in religion, cannot participate in religious activities and must resolutely fight against cults,” the document said.

Retired officials must distinguish between “ethnic customs” and “believing in religions,” it said.

Although Beijing has barred active cadres from practicing religion, this is the first time a state document has also ordered retired officials not to follow a faith since the party set up its retirement system in 1982.

How the state plans to enforce the measure remains unclear. As many as 84 percent of party members admitted some kind of religious belief, a survey by Purdue University’s Center on Religion and Chinese Society found in 2007.

“Many of the exposed corrupt officials of the CCP (Chinese Communist Party) are reported to believe in religion or magic, such as patronizing and consulting spiritual masters,” said Fenggang Yang, the center’s director. “This kind of behavior is probably common among other officials as well.”

NEXT: Pope sends condolences after earthquake in Taiwan