Use wealth, power for common good, not to exploit others, pope says 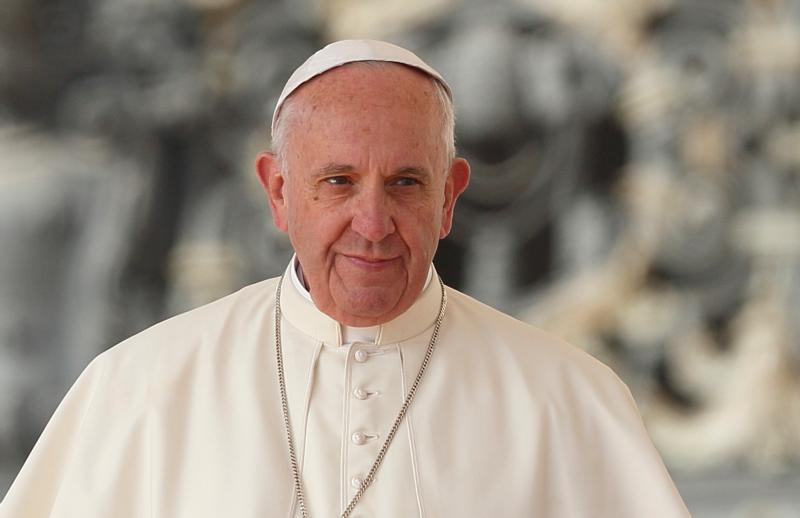 Pope Francis looks on during his general audience in St. Peter's Square at the Vatican Feb. 24. (CNS photo/Paul Haring)

VATICAN CITY (CNS) — Wealth and power are meant to serve the poor and the well-being of everyone, not to selfishly exploit others, Pope Francis said.

When power loses that sense of service, it “turns into arrogance and becomes control and subjugation,” he said during his weekly general audience in St. Peter’s Square Feb. 24.

But God is greater than people’s wickedness and “sleazy games,” urging them to recognize their sins and repent, he said.

“How wonderful it would be if the powerful exploiters today did the same” and changed their ways, the pope said to applause.

During this Year of Mercy, the pope continued a series of talks dedicated to divine mercy, looking specifically at the correct use of wealth and power.

The Bible gives many accounts of kings and powerful people as well as “their arrogance and abuse of power, too,” he said.

“Wealth and power are things that can be good and useful for the common good if they are put at the service of the poor and everyone with justice and charity,” he said.

“However, as often happens, when they are lived as a privilege, with selfishness and arrogance, they become instruments of corruption and death,” he said.

One example, he said, is seen in the story of King Ahab, whose pagan wife, Jezebel, cooks up a scheme to have Naboth unfairly accused of blasphemy and put to death so they can take possession of Naboth’s vineyard after he refused to sell it.

The pope said the Old Testament account “is not a story from another era. It’s about today, about the powerful who exploit the poor, the people, in order to have more money. It’s the story about human trafficking, slave labor, poor people paid under the table with the minimum in order to enrich the powerful. It’s the story about corrupt politicians who want more and more and more,” he said.

He said God cautions people about where wielding power “without respect for life, without justice, without mercy” leads and what happens when the hunger for power becomes insatiable.

For example, the prophet Isaiah, who “wasn’t a communist,” the pope said, warns powerful landowners against always accumulating more property as it will lead to their dwelling all alone, in solitude.

Pope Francis said no matter how much evil people are capable of, God is always waiting and willing to let them turn their lives around.

“God saw this crime, but he knocks on Ahab’s heart” anyway. With the prophet Elijah’s help, Ahab recognizes his sin, mortifies himself and asks forgiveness — a story of enlightenment and conversion that would be wonderful to see happen in the lives of powerful people today who exploit others, the pope said.

God shows how “mercy can heal wounds and can change history,” he said. “Divine mercy is stronger than human sin, it is stronger, and this is the lesson of Ahab.”

True power and kingship are found in Christ, whose “power is completely different. His throne is the cross. He isn’t a king who kills, but the opposite: he gives life.”

“His going to everyone, especially the weakest, conquers solitude and the fate of death, which is where sin leads,” the pope said.

With his tenderness and willingness to draw close to sinners, Jesus leads sinners to a place of grace and forgiveness, he said.