Ministry in Aleppo is about keeping hope alive, priests say 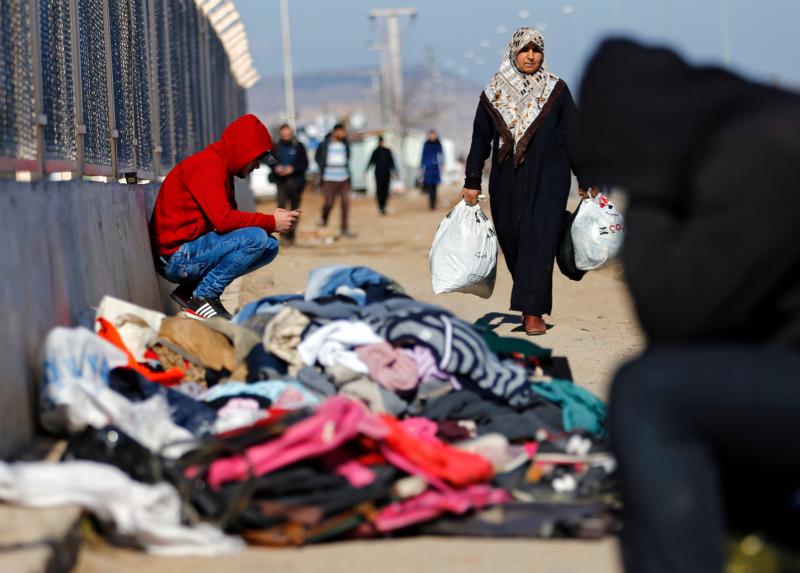 VATICAN CITY (CNS) — Even in the midst of constant bombing, Jesuit and Salesian priests remain in war-torn Aleppo, Syria, trying to create a sense of normalcy for those unable to leave.

Jesuit Father Sami Hallak has been keeping a crisis journal during his time in Aleppo, narrating daily life as he and hundreds of thousands of the city’s residents cope with the reality of a war that began in March 2011.

Unless it is designated for drinking, he said, the water is reused two or three times. “If one takes a bath, he puts hot water in a bucket, and the bathing water is carefully collected in a vessel.” The water is then used in the toilets, to wash clothes or to clean the floor.

A portion of Father Hallak’s journal was published Feb. 22 by the Rome-based missionary news agency, AsiaNews.

On his Valentine’s Day entry Feb. 14, he suggested Aleppo sweethearts could use the slogan, “I love you even if you stink.” And, he said, “the most popular gift is a red can … filled with water.”

In five years of fighting, according to the United Nations, more than 250,000 people have been killed, 4.6 million Syrians have been forced to leave the country and 6.6 million are internally displaced.

Father Hallak said he tries to keep up people’s morale in his homilies, even suggesting that the water will be turned back on within a week. A positive attitude, he said, “is our only way to survive.”

Other priests in the area have taken a similar approach. Salesian Father Luciano Buratti, who also works in Aleppo, told the Salesian news agency ANS, Feb. 19, “Our community has chosen to continue our activities as if nothing has happened. We try to offer families a place where they can breathe stability and harmony even in the midst of chaos.”

Still, he said, “nobody can understand what’s happening, and we don’t know whom we can trust. We were preparing with young people a play to celebrate Don Bosco, and we have to stop because several of them died during the bombing.”

But people need hope and stability, so both parish and youth center events continue to operate as they did before the fighting, Father Buratti said. He also noted that the people remaining Aleppo are those who do not have the means to leave.

Despite the volatile environment, people continue to look for signs of hope, Father Hallak said. In a diary entry, he recounted how a statue at St. Bonaventure Church was damaged by government forces during the fighting.

In a conversation with a plumber Feb.18, he said he was surprised and confused to hear the man call the broken statue a miracle. The plumber said: “The face of the virgin and almost the entire front of the statue remain intact. Her hands clasped in prayer are slightly broken. It’s a miracle, Father!”

After listening to the plumber’s words, he wrote that many people in Aleppo also forgot that the statue was destroyed and “remember only parts that remained ‘miraculously’ intact.”

NEXT: Use wealth, power for common good, not to exploit others, pope says