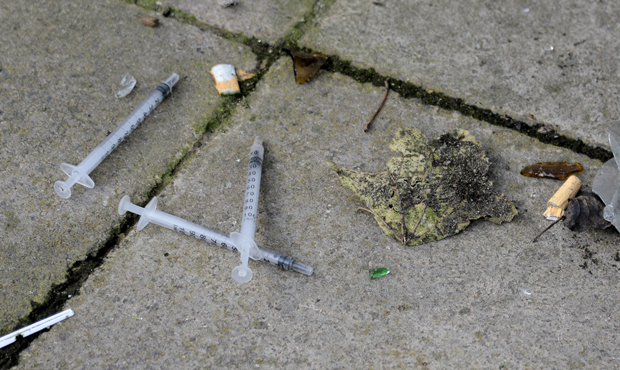 Photo by Jwh at Wikipedia Luxembourg

BOSTON (CNS) — With Massachusetts facing a growing epidemic of opioid addiction, the Massachusetts Catholic bishops have urged actions be taken to quell the epidemic.

“The abuse and misuse of opioids has become a national and local epidemic that has increasingly been felt in the Commonwealth of Massachusetts in recent years. On average, four people lose their lives each day in this state, due to illegal and legal drug overdoses. It is a disturbing trend that must be stopped,” said the statement signed by Boston Cardinal Sean P. O’Malley, Worcester Bishop Robert J. McManus, Springfield Bishop Mitchell T. Rozanski and Fall River Bishop Edgar M. da Cunha.

The statement was issued through the Massachusetts Catholic Conference, the public policy arm of the Catholic Church in the commonwealth.

In their statement, released March 2, the bishops asked that health care providers “demand improved education within their own professional groups about the appropriate indications, prescriptions and use of opioid medications.”

Additionally, they urged lawmakers to continue working on legislation to combat the opioid crisis.

“While new legislation alone will not solve the opioid crisis in Massachusetts, it is a critical step that must be taken soon. We urge the governor and the Legislature to continue their work on this legislation and to provide the necessary resources, human and fiscal, to implement comprehensive education and treatment services to address and correct this ever-growing crisis,” the bishops wrote.

Opioids are drugs that act on the nervous system to relieve pain. Statistics show that 2.1 million Americans have a substance abuse disorder involving prescription opioids. On top of that, a baby is born in the U.S. every 25 minutes with symptoms stemming from a mother’s opiate use.

An overuse of prescription pain-killers such as morphine, codeine, hydrocodone (like Vicodin) and oxycodone (like OxyContin or Percocet) has led to heroin abuse — which has skyrocketed in the U.S. in the past decade.

Speaking March 2 with The Pilot, Boston’s archdiocesan newspaper, Jim Driscoll, who is executive director of the state Catholic conference, said the Massachusetts bishops are hoping to join those working on legislation to “talk about how important this is as well.”

However, the next step the state conference also is hoping to take is to “make the general public aware of this crisis on a more local level,” said Driscoll.

MC Sullivan, chair of the Health Care Subcommittee for the Massachusetts Catholic Conference, is helping the organization take that step.

In an email to The Pilot March 2, she emphasized that spiritual or pastoral care must be “explicitly present as part of the community’s response to this tragic trend.”

She listed several possible ways the crisis could be addressed locally, including encouraging parishes to sponsor healing services for those with addiction and their families, promoting education on addition in schools and parishes, and calling for a day of parish or diocesan-wide prayer for those suffering from chemical dependency and their families.

About a week after the bishops called for increased action to combat the state’s growing opioid abuse problem, state and local leaders on the front lines of addressing opioid abuse came together at St. Mary of the Assumption Elementary School in Brookline for a forum dedicated to seeking understanding of and addressing the ongoing crisis.

The March 8 Opioid Crisis Forum — sponsored by St. Mary Parish and the nonprofit residential treatment center Hope House — brought together panelists to speak on different aspects of addressing the situation.

The ministry collaborates with various agencies and organizations to assist parishes throughout the archdiocese in ministering to addicted individuals and their families. It seeks education, prevention, treatment and solutions for the disease of addiction.

“To somehow bring in that component of spirituality — that’s our efforts with networking with all the agencies and the legislation,” said Father White.

Previously the pastor at St. Vincent De Paul Parish in South Boston until the summer of last year, Father White said the community there was “having a number of deaths” attributed to substance abuse, which is one of the reasons he became involved in the new ministry.

Brookline Police Chief Dan O’Leary spoke about his department’s experience as first responders and more about the logistics of the opioid crisis, particularly in Brookline.

While many of the opiate overdoses his department sees are not fatal because officers are able to administer the anti-overdose drug Narcan, he said emergency services don’t always arrive on time. Last year, he said, three people in Brookline died of opiate abuse.

Recovery law attorney Richard J. Dyer delivered the evening’s keynote talk, in which he talked about his own experience of drug addiction.

“I came into the criminal justice system as a man of 14 years old. … There was no treatment at that time” for drug addiction, he said.

Dyer was incarcerated, but he worked to break his addiction and eventually earned his law degree from Northeastern University, becoming an attorney after then-Massachusetts Gov. Michael Dukakis issued a pardon for his criminal conviction.

He started his own practice, placing an emphasis on cases dealing with substance abuse.

Other panelists included a Brookline Episcopal pastor, an assistant professor of medicine, and two staffers from Boston’s Hope House, which is an addiction treatment center.

Labbe is on the staff of The Pilot, newspaper of the Archdiocese of Boston.