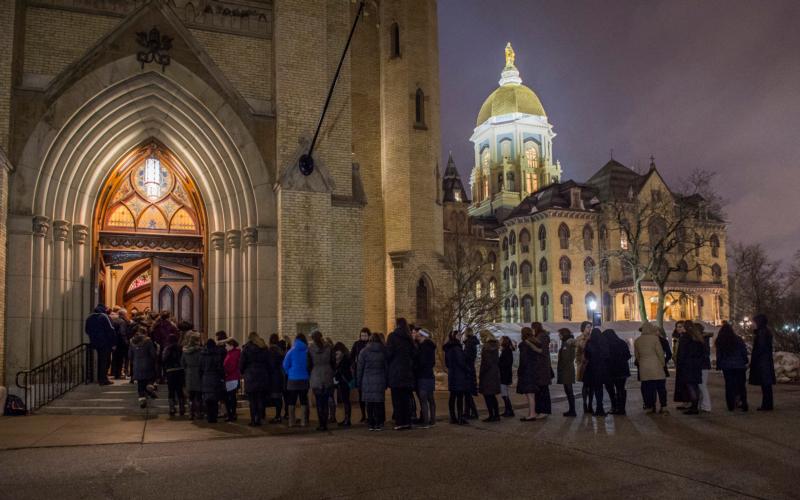 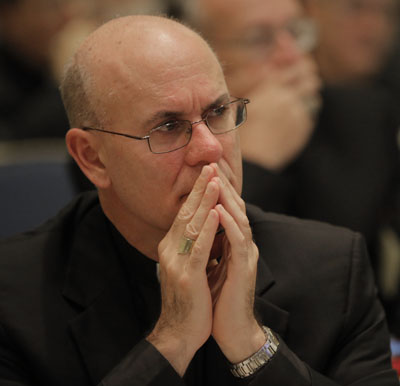 He said Biden’s stance of not opposing abortion and his support of same-sex marriage make him ineligible to receive the award.

Biden, along with former Speaker of the House John Boehner, will be honored May 15 during Notre Dame’s 171st commencement ceremony. Both men are Catholic.

While not calling upon Holy Cross Father John I. Jenkins, Notre Dame’s president, to reverse the decision, Bishop Rhoades said in a lengthy March 14 statement that “it is wrong for Notre Dame to honor any ‘pro-choice’ public official with the Laetare Medal.”

Bishop Rhoades explained that although a public official has had many positive accomplishments in public life, that person’s stance on fundamental church teaching disqualifies him or her for any Catholic honor.

Father Jenkins offered a brief statement in response to the bishop’s concerns, saying, “While Bishop Rhoades and I do not always agree, I’m gratified that he acknowledged, in his words, ‘Notre Dame’s efforts to encourage civility, dialogue, mutual respect and cooperation in political life.'”

Bishop Rhoades said he met with Father Jenkins months before the announcement on who would be honored was announced, and they discussed the possibility of honoring Biden, a Democrat, and Boehner, a Republican, for their public service and not for either leader’s stance on specific issues.

“I know this honor is also an attempt to recognize two Catholics from different political parties at a time when our national politics is often mired in acrimonious partisanship. I appreciate Notre Dame’s efforts to encourage civility, dialogue, mutual respect and cooperation in political life,” the bishop’s statement said.

Still, Bishop Rhoades said, he disagreed with the decision to honor Biden in any way.

“I realize Notre Dame is trying to separate or distinguish conferral of the Laetare Medal upon the recipients from their positions on public policies. I do not think this is realistically possible or intellectually coherent,” he said.

He suggested that the university would better promote civility, cooperation and dialogue in politics to host both men in a program on American politics “rather than bestow an honor that can provoke scandal.”

“My principal concern about this whole matter is scandal,” Bishop Rhoades said. “In honoring a ‘pro-choice’ Catholic who also has supported the redefinition of marriage, which the church considers harmful to the common good of society, it can give the impression to people, including Catholics in political office, that one can be a ‘good Catholic’ while also supporting or advocating for positions that contradict our fundamental moral and social principles and teachings.”

The statement said that before any Catholic institution honors a Catholic public official, “we should make sure there is a basic consistency between their political decisions and sound Catholic moral and social teaching.”

“We should not honor those who claim to personally accept church teaching, but act contrary to that teaching in their political choices,” he said.

The bishop called on institutions to reflect on the meaning and significance of honors in relation to Catholic identity and mission, encouraging them to “raise the bar” when considering whom to honor. “I believe a higher standard is needed,” he said.

The Laetare Medal has been given annually since 1883 to a Catholic “whose genius has ennobled the arts and sciences, illustrated the ideals of the church and enriched the heritage of humanity.”

The honor is so named because its recipient is announced each year in celebration of Laetare Sunday, the fourth Sunday of Lent, which this year was March 6.

NEXT: Floods cause unprecedented damage to areas in New Orleans Archdiocese