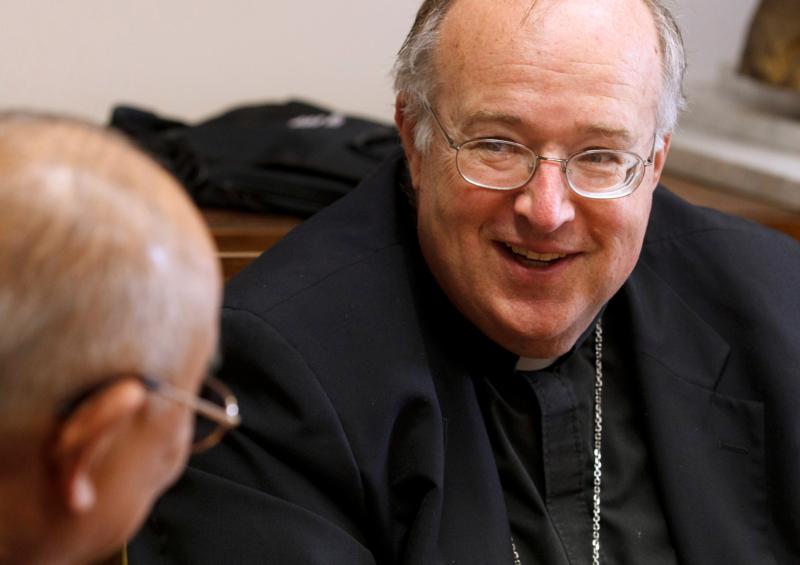 NEW YORK (CNS) — “The most massive failure of the Catholic community at all levels in the past 20 years has been to address the question of our ongoing involvement in the Middle East,” according to San Diego Bishop Robert W. McElroy.

“What is particularly fascinating and troubling is all three recent popes were clearly opposed to the wars, yet at no level in the Catholic community was there any major opposition or sustained witness,” he said. “It’s like the dog that didn’t bark.”

He spoke March 7 at a forum in New York sponsored by Commonweal magazine on the topic “Prophecy Without Contempt” and in a subsequent interview with Catholic News Service.

Bishop McElroy said there has been no sustained discussion or opposition in society as a whole, as two wars dragged on to become the longest in American history. He attributed the lack of discourse to the absence of a military draft and the subsequent distancing of the fighting from the consciousness of the people.

“The suffering is not here,” he said. Paraphrasing historian David Kennedy, the bishop said, “America has created a capacity to fight wars endlessly because the cost to U.S. society is small, not wrenching, in terms of casualties and as a portion of the U.S. economy.”

All three popes opposed U.S. participation in these wars, he said, but “at all levels, the Catholic community has been virtually silent.”

The prophecy on the war issue has occurred in the Middle East, he said, where all parties have articulated that the region has been subjected to great tragedies, the bishop said.

Bishop McElroy said the attack on the Muslim community in the United States is “a great outrage.”

“The Muslim question is an alarm bell about authoritarianism in society. That’s not just a disagreement. It’s an alarm bell that goes to the core of who we are as a nation and absolutely needs to be repudiated in the strongest possible way by everybody,” Bishop McElroy said.

The anger dominating the current political climate is a sign of disenfranchisement and the feeling of not being listened to by the elites, Bishop McElroy said.

“When significant sectors of working-class white America feel disenfranchised, that’s a problem, and this gets played upon in a troubling way,” he said.

“Anger that turns into division should always be challenged,” the bishop said. “What we’re witnessing now is an anger that’s meant to divide, to be purposefully destructive of the social fabric of society. It’s not anger that is meant simply to redress grievances.”

Bishop McElroy said many white Catholic working-class men and women feel shut out of the political process. The Democratic Party, which was their home for so long is inhospitable, “on certain issues that are of interest, and there’s just no give.”

PREVIOUS: Pastors find options to help coax people back to sacrament of reconciliation

NEXT: Oregon priest known for calligraphy dies; had taught art to Steve Jobs