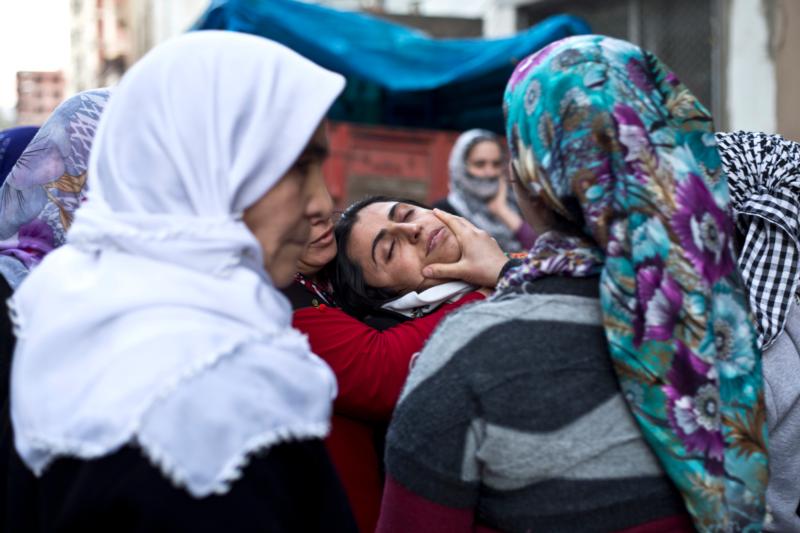 WASHINGTON (CNS) — The House Foreign Affairs Committee March 2 unanimously passed a bipartisan measure condemning as genocide the killing of Christians, Yezidis and other ethnic and religious minorities by Islamic State militants in the Middle East.

The House body also passed a second measure unanimously calling for an international tribunal to hold the Syrian government led by President Bashar Assad accountable for war crimes for “terrible atrocities” committed against the country’s own people.

The resolution on genocide, introduced by Rep. Jeff Fortenberry, R-Nebraska, “expresses the sense of Congress that the atrocities committed by ISIS against Christians, Yezidis, and other ethnic and religious minorities constitute war crimes, crimes against humanity and genocide.”

“ISIS commits mass murder, beheadings, crucifixions, rape, torture, enslavement and the kidnapping of children, among other atrocities,” said the committee’s chairman, Rep. Ed Royce, R-California. “ISIS has said it will not allow the continued existence of the Yezidi. And zero indigenous Christian communities remain in areas under ISIS control.”

The Islamic State “is guilty of genocide and it is time we speak the truth about their atrocities. I hope the administration and the world will do the same, before it’s too late,” Royce added.

“We now look forward to passage by the full House of Representatives,” he continued, “which has the opportunity to be on the right side of history in a bipartisan manner, joining its voice to those of the European Parliament, Pope Francis, the U.S. Commission for International Religious Freedom and prominent genocide scholars worldwide.”

The Knights of Columbus, based in New Haven, Connecticut, and the Washington-based group In Defense of Christians are currently sponsoring an online petition www.StopTheChristianGenocide.org urging Secretary of State John Kerry not to exclude Christians from a declaration of genocide at the hands of the Islamic state.

“America must end its silence about the ongoing genocide against Christians and other minority groups in Iraq and Syria,” says the petition, launched Feb. 25 and being promoted with a new nationwide TV ad. So far, the petition has garnered almost 45,000 signatures.

Introduced by Rep. Chris Smith, R-New Jersey, the second resolution OK’d by the House committee “strongly condemns the gross violations of international law amounting to war crimes and crimes against humanity by the government of Syria, its allies and other parties to the conflict in Syria; and calls on the (U.S.) president to promote the establishment of a Syrian war crimes tribunal.”

Royce in his statement noted that prior to the vote on the second measure, the committee “heard searing testimony regarding the terrible atrocities being committed by Syria’s government against its own people — widespread torture, industrial-scale murder, starvation as a tool of war and the terror of unending barrel bombs.”

More than 250,000 Syrians have been killed and millions more have been forced from their homes in Syria’s civil war that began with the aim of overthrowing Assad.

A partial truce brokered by the United States and Russia began in Syria Feb. 27. A U.N. report said March 3 that “visible progress” has been made, but fighting continues in some parts of the country. Also, the cease-fire excludes areas held by the Islamic State and al-Qaeda’s Syria affiliate.

NEXT: ‘Pray It Forward’ social media campaign focuses on sisters’ many ministries