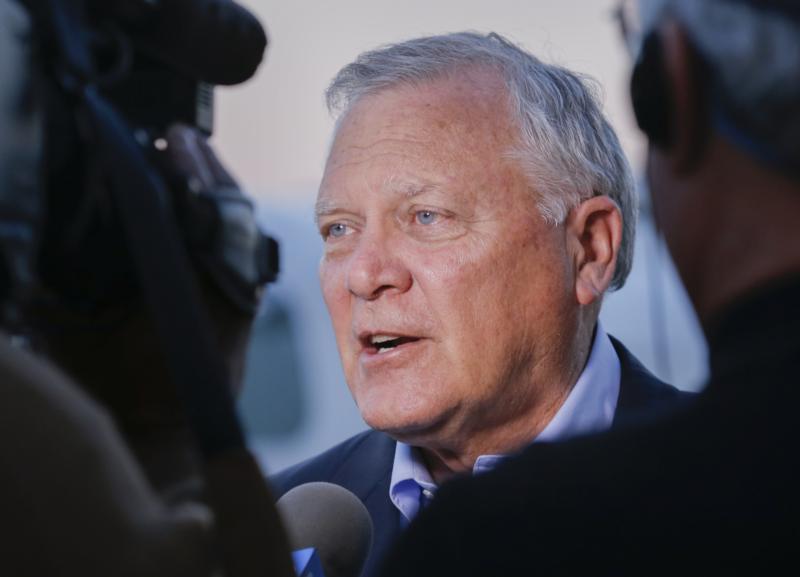 ATLANTA (CNS) — Atlanta Archbishop Wilton D. Gregory and Savannah Bishop Gregory J. Hartmayer said that like all of the U.S. Catholic bishops, they support the Religious Freedom Restoration Act but “do not support any implementation of RFRA in a way that will discriminate against any individual.”

“Indeed, the dignity of each individual is the basis for religious liberty,” they said in a statement issued the afternoon of March 29. A day earlier, Georgia Gov. Nathan Deal announced he would veto a religious exemptions bill.

Supporters of the measure, H.B. 757, said it would protect religious freedom of clergy, for example, who oppose same-sex marriage and do not want to perform such weddings. But critics of the bill called it “appalling” and said it would have given faith-based organizations in Georgia the option to deny services and jobs to gay, lesbian, bisexual and transgender people.

Numerous corporations announced that if the bill became law, they would no longer do business in the state of Georgia.

“We fervently support religious liberty guaranteed by the United States and Georgia constitutions and we respect those who seek to enhance those freedoms through legislation,” Archbishop Gregory and Bishop Hartmeyer said. “Gov. Nathan Deal has announced his intention to veto H.B. 757 and the debate will, thus, continue.”

They added: “Under these circumstances, the general well-being of the state requires that all respectfully acknowledge the worthy motivations on each side and progress into a future of dialogue which, more than continually revising legislative language, will focus on greater compassion and mercy so that every individual can develop his or her full potential.”

The two prelates said that throughout the legislative debate related to religious liberty, “the Catholic bishops of Georgia have adhered to the principles we asserted in March 2015.”

In that earlier statement, also signed by Atlanta Auxiliary Bishops Luis R. Zarama and David P. Talley, they stated that they support RFRA “as a means for establishing a framework for evaluating freedom of religion claims,” as their fellow Catholic bishops have done in other states where such measures have been debated.

“However, the bishops oppose any support or implementation of RFRA in a way that will discriminate against any individual,” the 2015 statement said.

In Virginia, Democratic Gov. Terry McAuliffe March 30 vetoed a similar measure backed by a majority of Republican lawmakers. Supporters of the bill said it would have prohibited state agencies from punishing religious groups that oppose the legalization of same-sex marriage. But gay rights advocates and Democratic lawmakers said it would have allowed discrimination against members of the lesbian, gay, bisexual and transgender community.

“It’s unconstitutional. It is discriminatory,” McAuliffe said on a local radio program. “It demonizes. It brings fear and persecution. We can’t tolerate that.”

The Mississippi Senate March 30 passed a bill that says the government cannot prevent churches from refusing to marry a same-sex couple, faith-based employers from firing an individual whose “conduct or religious beliefs are inconsistent with those of the religious organization,” or a private agency from blocking the adoption of a child because of religious beliefs.

North Carolina Gov. Pat McCrory is being sued after he signed a bill into law March 23 to block local jurisdictions from extending their own protections for the LGBT community, such as allowing transgender people to use the public bathroom of their choice.

NEXT: Galveston-Houston welcomes one of largest groups of new Catholics in U.S.