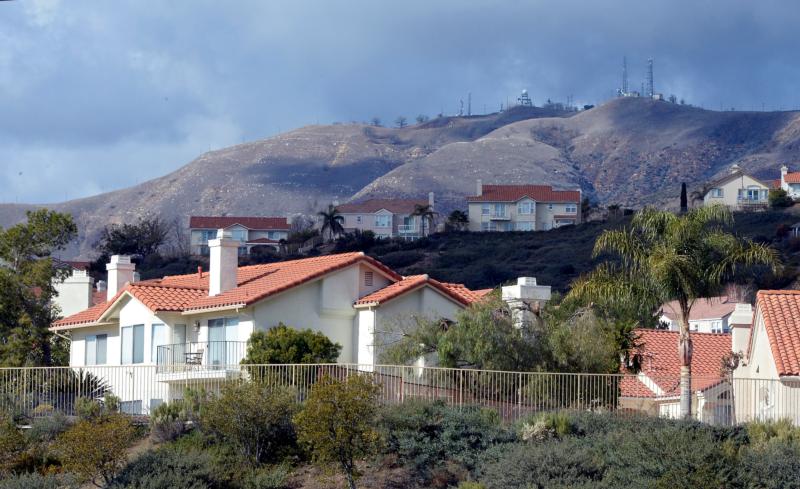 General view of homes affected by a mountain gas leak in Porter Ranch, Calif., Jan. 7. For all the attention Pope Francis' encyclical "Laudato Si', on Care for Our Common Home" has gained, little has been made of the connection among Catholic tradition, the natural world and science that the document addresses. (CNS photo/Mike Nelson, EPA)

WASHINGTON (CNS) — For all the attention Pope Francis’ encyclical “Laudato Si’, on Care for Our Common Home” has gained, little has been made of the connection among Catholic tradition, the natural world and science that the document addresses.

Technology, creation and sacrament are key components of the encyclical, the most recent document in the evolutionary line of Catholic social teaching dating to Pope Leo XIII.

It’s a connection that can be explored as part of the evangelizing efforts Pope Francis hopes Catholics undertake to raise up the vision of justice that the encyclical promotes, participants in a daylong symposium March 17 at The Catholic University of America learned.

Throughout the day speakers pointed to the need to ignite — or reignite — “awe and wonder” in people’s hearts and minds so that they begin to make the connections to understand the transformation that Pope Francis is calling the human family to undertake.

“Awe and wonder are essential to who we are as human persons, and when we lose our experience of awe and wonder, we lose part of our humanity. When we can recover awe and wonder … on a daily level, then we can enter into mystery,” said Dominican Father Christopher J. Renz, academic dean at the Dominican School of Philosophy and Theology in Berkeley, California.

He said the Catholic faith is full of symbols that come from the natural world — water, wine, wheat to name a few — and when Catholics find the connection between the world of science and mathematics and the practice of their faith it can be “the basis for an exciting conversation.”

The pope links the natural world — ecology — in which humanity is one part with the basic needs of the human person, Msgr. Kevin Irwin, professor of liturgical studies at the university, said about the document. The pope shows the world how to respond to people in need, be they the immigrants who landed at Lampedusa, Italy, where he celebrated his first Mass outside of Rome after his inauguration three years ago, or those who are consumed with the 24/7 media culture made possible by ever-advancing communications technologies, he said.

By adopting the concept of an integral ecology — that all things of the world are connected — the pope is urging humanity to remember that each person has a responsibility to respect human dignity, protect the planet and use technology responsibly.

As such, “Laudato Si'” is “not just a teaching document, but it’s a dialogue document,” Msgr. Irwin said during the program, which was funded through a Science for Seminaries grant from the American Association for the Advancement of Science.

Not all the attendees were seminarians or clergy, but the program was developed with those audiences in mind to boost understanding that ministry in any form does not have ignore science.

Five young men studying for religious life who at one time worked in engineering or scientific fields said during a panel discussion that they found no contradiction between their faith and the scientific world in which they once participated.

“If we are to make an effort to address some of the issues that Pope Francis raises in the encyclical, it’s not going to require just an effort from the theological point, but also from the scientific. It might be up to us, people who have a combination of science and theology to bring attention to this matter,” said Jaime Maldonado-Aviles, who holds a doctorate in neuroscience and is studying for the priesthood for the Archdiocese of Hartford, Connecticut, at Catholic University’s Theological College in Washington.

He urged the clergy to “get comfortable with the language of science.”

“We have to be comfortable because there are many important questions about scientific purpose out there,” he said. “You will have parishioners or people come up to you ask for either clarifications. If you simply ignore the questions or say don’t worry about that in part because you are intimidated or don’t know you lose an opportunity to bring light to the very important issues.”

At the same time, discoveries of creation’s wonders can inspire people to consider how their lives affect the lives of other people and plant and animal life, explained Franciscan Brother Dennis Bennett, an analytical chemist who once was part of teams researching cancer treatment and diabetes prevention. “There’s so much in this universe, there’s so much that points to God,” he said.

In addition to the science comes the need for praise — to praise God because of the wonders of creation and to welcome praise from others, said Doris Donnelly, retired professor of theology who directed the Cardinal Suenens Center in Theology and Church at John Carroll University in suburban Cleveland.

In “Laudato Si’,” Pope Francis invites people to prayer — praise — and to evangelize by being open to community with other people and creation itself, she said.

“Part of what this document is about is an invitation to an intellectual conversion to be aware of real science,” Donnelly explained.

She invited participants to become a “praiser” and suggested that for praise to occur, a person must set aside his or her ego in order “to behold” the wonders of the world.

Unfortunately, Donnelly said, praise from one human being to another is often overlooked in busy and complicated lives.

“The human exercise of praise keeps us in condition to praise God and God’s creatures and all living things,” she explained. “If I haven’t been praised, I am not going to be able to praise creation.”