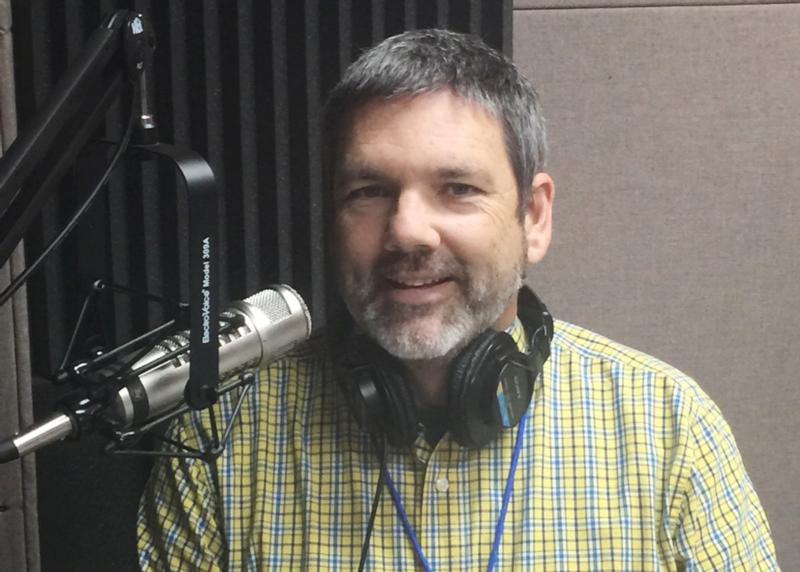 Cy Kellett, former editor of The Southern Cross, is seen in this undated photo. He is now the host of "The Bright Side With Cy Kellett" on Immaculate Heart Radio, a nonprofit lay apostolate that operates a growing network of Catholic radio stations in the West. (CNS photo/Elizabeth Campesi)

Cy Kellett, who was editor of The Southern Cross for a decade, is now the host of “The Bright Side With Cy Kellett” on Immaculate Heart Radio, a nonprofit lay apostolate that operates a growing network of Catholic radio stations in the West.

In the San Diego area, Kellett’s show can be heard weekdays from 9 a.m. to 10 a.m. on KCEO-AM 1000. Listeners also can hear his show via a live national feed on the radio network’s website, http://ihradio.com. The site also has podcasts of his and other shows.

“The Bright Side,” which debuted in January, presents the news of the week with commentary from a Catholic perspective. Kellett’s previous program, “The Cy Kellett Show,” had been broadcast on Sunday evenings since last March.

In an interview with his former publication, Kellett spoke passionately about radio and its potential for evangelization.

Noting that people have been inaccurately predicting the demise of radio for decades, he described it as “a persistent and weirdly intimate medium” and “a perfect place to be sharing the Gospel.”

Kellett said “one of the most beautiful things” about Catholicism is that it is “communal” and “conversational.”

“We’re not just saved out of our sins, but we’re saved into a community,” he said.

Though he believes his time at The Southern Cross prepared him for his current work, Kellett sees the two types of Catholic media as having distinct roles. While newspapers primarily serve as a source of information and catechesis for practicing Catholics, he said, radio functions as “more of an evangelizing tool.”

Potential listeners might simply stumble upon Catholic radio programs while sitting in their cars and flipping through the stations, he said, and those programs have to be welcoming even to those with no idea “what Catholics are all about.”

With his show, Kellett said, his goal is simple: to share the good news.

Kellett said no topic is off-limits on his show, and any issue on which the Catholic Church might take a position is fair game. Recurring subjects have included science and technology, social trends and Pope Francis.

As a radio host, Kellett said, he feels “an enormous responsibility,” not only to the teachings of the church that he loves, but also to his listeners.

Immaculate Heart Radio is 100 percent listener-supported, and many of the financial donations could be considered “sacrificial,” he said. As a result, he feels an obligation to provide a substantive program that is worthy of their support.

He also strives to be always respectful of others’ views, sharing his own perspective while recognizing that there are many issues on which Catholics are permitted to disagree with one another while remaining in communion with the church.

“I do feel very sensitive about trying to be creative, and interesting, and engaging without every trying to make it about my agenda,” but rather “about our shared Catholic life and faith,” he said.

In addition to his duties as host of his own show, Kellett also currently is community relations officer for Immaculate Heart Radio, a position he has held for almost four years. He frequently travels to dioceses with Immaculate Heart Radio stations, including San Diego, Los Angeles, Orange, California, and Las Vegas and gives a brief talk about the radio network during weekend Masses.

He also has served as a guest host on other Immaculate Heart Radio programs. He has filled in on all of the network’s shows, except “Heart to Heart with Mother Miriam,” as well as substituting for host Patrick Coffin on “Catholic Answers Live.”

The product of a large Catholic family, Kellett “got hooked” on Catholic theology during his college years. He graduated from Boston College with a bachelor’s degree in theology and “the sense that the moral life, the spiritual life, the Incarnation — these are all real things, they’re not just stories to comfort us.”

He later taught at a Catholic school and joined the Catholic Worker Movement in Boston. After earning a master’s degree in literature from the University of Massachusetts, he returned to San Diego, where he worked for 12 years on the staff of The Southern Cross, first as a staff writer and then as editor.

Asked to identify the most rewarding aspect of his radio work, Kellett quipped, “I’m actually hoping to find that out in the next life. But for now, some people just like to talk, and to get to do it on the radio and to talk about Jesus — I mean, what more could you ask for?”

NEXT: ‘Doing science is an act of worship,’ Vatican astronomer says