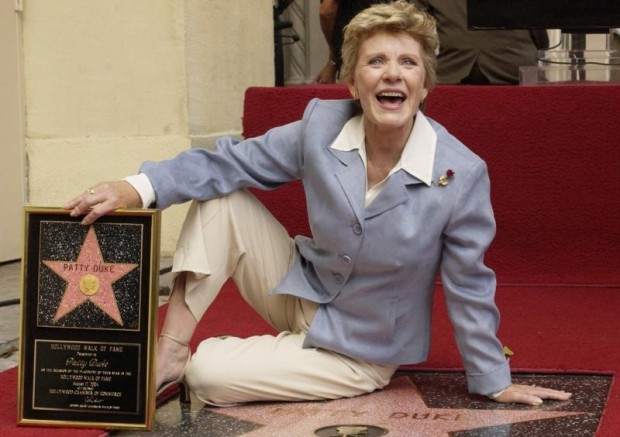 COEUR D’ALENE, Idaho (CNS) — Patty Duke, who had much of her childhood — and even her Catholic faith — ripped away from her by managers molding her into a child star, died March 29 in Los Angeles. She was 69.

“It is with great warmth and love that I acknowledge the symbolism and the pageantry of my childhood Catholic experience,” she told Catholic News Service in a 1995 interview. “Is it the incense or what it evoked in me? Probably both,” she said. “I’ve come a long way from that girl. I’ve struggled to find my way back to that little believer.”

Duke won raves portraying Helen Keller in the Broadway hit play “The Miracle Worker.” She reprised the role in the movie based on the play and won an Oscar for best supporting actress. (She also won an Emmy portraying Helen’s teacher, Annie Sullivan, in a 1979 TV remake of “The Miracle Worker.”) Before long, she was starring on television in “The Patty Duke Show,” playing the dual roles of a peripatetic Brooklyn, New York, teen and her cultured Scottish cousin for three seasons. The refrain of the series’ theme song, “Still they’re cousins,” is easily recalled today by millions of baby boomers.

But the fame came at a price. A husband-and-wife management team took Duke, born Anna Marie, out of her parents’ home and into their own, calling her Patty. In her memoir, “Call Me Anna,” Duke recalled how her managers dyed her first Communion dress pink so she could wear it for an audition.

Duke married at age 18, but the marriage didn’t last five years. Her second marriage, three months after the divorce was finalized, lasted just two weeks before it was annulled. The brief union produced actor Sean Astin, known for his role of Sam in the trilogy “The Lord of the Rings” and also for playing Notre Dame football player Rudy Ruettiger in the 1992 movie “Rudy.”

Her third marriage, to actor John Astin of “Addams Family” fame, lasted 13 years and produced another actor in the family, Mackenzie Astin, who followed in his mother’s footsteps by with his featured role in the 1980s TV sitcom “The Facts of Life.” It was during this time that she was diagnosed with bipolar disorder, and also served as president of the Screen Actors Guild, the union for TV and film actors.

Duke had been wed 30 years to former drill sergeant Michael Pearce when she died of sepsis from a ruptured intestine in a hospital near her home.

While “I’m probably not as far along” in her relationship with God as Hannah is on the show, Duke said in 1995, “20 years ago I couldn’t evoke any of that,” She credited much of that to her move in 1990 to Coeur d’Alene, based on what she called a “need for what seemed to be a more spiritual place.”

Duke was heavily involved in civic nonprofit groups in Idaho. In 2010, she teamed with her “TV dad” from “The Patty Duke Show,” William Schallert — himself a former SAG president — and other castmates to make a public service ad for Social Security.

The last time Duke was seen on TV was last year in the Disney Channel sitcom “Liv and Maddie,” in a guest role as a great aunt to the title characters — both of whom happen to be played by Dove Cameron.

PREVIOUS: Galveston-Houston welcomes one of largest groups of new Catholics in U.S.

NEXT: A sister in North Dakota serves people in times of transition and crisis