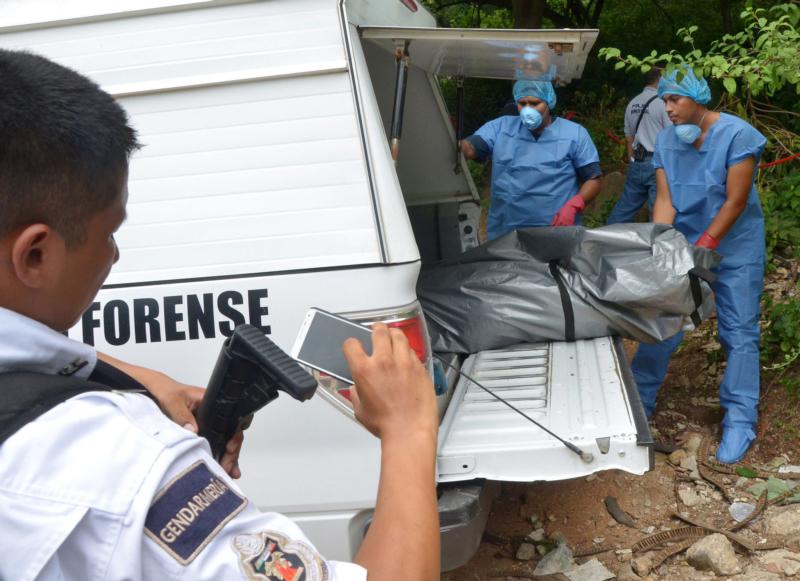 Authorities recover dead bodies found at a mass grave in Acapulco, Mexico, in this Sept. 17, 2015, file photo. The archbishop of Acapulco called on organized crime to cease violence during Holy Week, when thousands of Mexicans descend on the seaside city for the Easter holidays. (CNS photo/Francisca Meza, EPA)

MEXICO CITY (CNS) — The archbishop of Acapulco called on organized crime to cease violence during Holy Week, when thousands of Mexicans descend on the seaside city for the Easter holidays.

“I am making a call to those causing violence that, if they are men of their word, they honor a truce during the entire period” of Holy Week, Archbishop Carlos Garfias Merlos of Acapulco told reporters March 13.

“Everyone, those that live in Guerrero (state) in Acapulco, including those causing this violence, all of us are aware of the importance that the tourist season has in Acapulco,” he said.

Acapulco, once fabled for nightlife and visiting Hollywood stars, has become notorious for crime and killings, which have increasingly crept into the tourist parts of the city — not just the periphery populated by maids, gardeners and others working in the tourist industry.

A nongovernment think tank, the Citizen Council for Security, ranked Acapulco third-most dangerous city in the world with a homicide rate of 104 per 100,000 residents — roughly five times the Mexican average. Merchants expressed such exacerbation with extortion payments that they demanded tax relief, saying they already paid informally to criminal groups, the newspaper Reforma reported.

The Archdiocese of Acapulco has put a priority on promoting peace and providing attention to victims of violence through a pilot program bishops hope to replicate in other Mexican dioceses.

NEXT: With murders up, some Salvadorans cautious during Holy Week processions