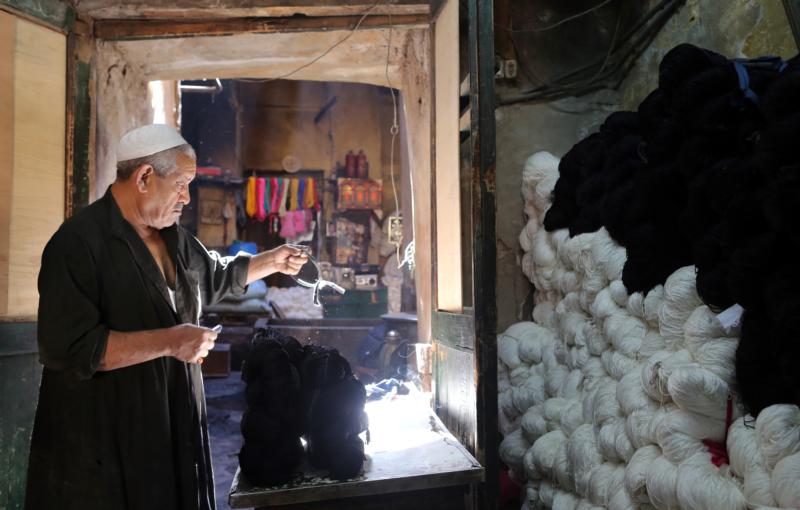 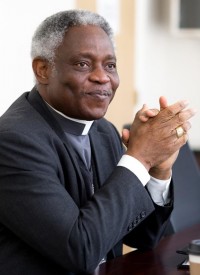 Ghanaian Cardinal Peter Turkson, president of the Pontifical Council for Justice and Peace, is seen Feb. 19 on the campus of St. Thomas University in Miami. (CNS photo/Tom Tracy)

VATICAN CITY (CNS) — By using the tools of capitalism and the market effectively and ethically, the world can reach “full human flourishing and sustainable development,” said Cardinal Peter Turkson, president of the Pontifical Council for Justice and Peace.

But when economic progress is “propelled primarily by self-interest, by greed, by zeal for material accumulation and unfettered consumption, the result is dysfunction and imbalance,” the cardinal said March 5 at the Global Responsibility 2030 conference in Bad Honnef, Germany. His office released a copy of his speech.

A well-functioning market is propelled not by an exclusive search for profit, but by virtues such as “trust, honesty, solidarity, reciprocity and cooperation,” he said. Those virtues promote other virtues, including concern for the “common good, sustainability and solidarity.”

Virtues are important not just for economic progress and social inclusion, he said, but for the future of humanity.

“If we do not slow down and reassess our behavior, we will destroy the bountiful earth given by God to all of us. In doing so, we undermine the conditions for human flourishing — especially for the poor and for future generations,” the cardinal said.

Change is possible, though, he said, citing the success of the U.N. Millennium Development Goals, a project that ran from 2000 to 2015 and set targets for reducing poverty, hunger and inequality and promoting education and child and maternal health in developing countries.

The broader and more ambitious Sustainable Development Goals, approved in September, seek to impact people in all parts of the world and “encompass the full range of challenges facing our human community,” the cardinal said.

The market economy can contribute to the realization of the goals if used effectively, Cardinal Turkson said, but “the market does not guarantee social inclusion, and it certainly does not seek to sustain our limited natural resources. So the market alone will not be able to bring about sustainable development.”

NEXT: Crisis compounded: Migrants stranded in Greece as EU nations say ‘no’