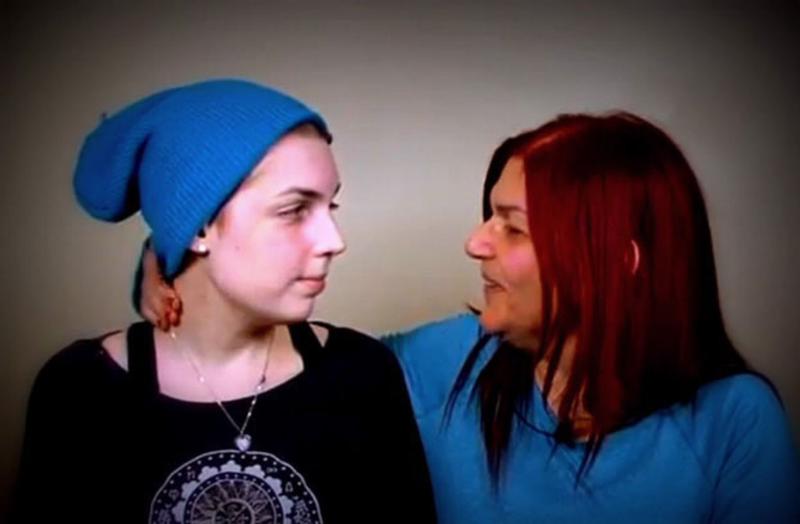 Nadine, 16, a leukemia survivor, poses for a photo with her mother, Claude, in this Feb. 17, 2014, file photo from Canada. Both opposed Quebec's euthanasia law. A proposal in Canada would allow euthanasia for minors. (CNS photo/EPA, via Coalition of Physicians for Social Justice)

OTTAWA, Ontario (CNS) — The Catholic archbishops in two of Canada’s largest English-speaking dioceses stepped up their campaign against euthanasia and assisted suicide, calling the faithful to action.

“Physicians across our country who have devoted their lives to healing patients will soon be asked to do the exact opposite,” Cardinal Collins wrote. “They will not be asked to ease their suffering by providing them with treatment and loving care, but by putting them to death. In fact, killing a patient will no longer be considered a crime, but will actually be seen as a kind of health care, complete with legislation to regulate it.”

The committee also recommended doctors who refuse to kill their patients find someone else to do it, he said, adding, “No other country in the world requires such a violation of conscience.”

“It is unjust to force people to act against their conscience in order to be allowed to practice as a physician or, in the case of a health care facility, in order to qualify for government funding. It is not tolerant of religious diversity,” Cardinal Collins said. “It is religious discrimination that punishes those who so faithfully serve everyone who comes to them ….”

Cardinal Collins urged Catholics to join the Coalition for HealthCARE and Conscience via its website Canadiansforconscience.ca. The coalition represents an array of groups, at least four of them Catholic.

“Mindful of the inherent dignity of each person, it is time for families across the country to have a difficult but necessary conversation about the reality of death,” Cardinal Collins said. “We need to understand the destructive implications of these legal changes and offer truly loving and merciful alternatives.”

He urged Catholics to use the site to help them in contacting their elected representatives.

Archbishop Prendergast also called on Catholics to share their concerns with their federal and provincial representatives.

“Talk to your friends and co-workers about the grave threat to human dignity and life that assisted suicide and euthanasia pose to our most vulnerable neighbors,” he said. “Explain to your children, grandchildren, friends and associates the importance of reverencing human life that begins at conception in the womb and ends in natural death.”

Archbishop Prendergast explained Catholic teaching that taking one’s life or that of another is “morally unacceptable.”

“To formally cooperate in the killing of the disabled, frail, sick, or suffering, even if motivated by a misplaced compassion, requires a prior judgment that such lives do not have value and are not worth living,” he said. “But all human life has value. The law should protect all life. No one forfeits the right to life because of illness or disability.”

The Ottawa archbishop urged Catholics to fast and pray and participate in a novena to St. Joseph March 10–18.

In news coverage following the remarks, Archbishop Prendergast said those who request a doctor-assisted death would not be able to receive the sacrament of the sick. A priest could come and pray with them, and perhaps try to dissuade them, he said.

PREVIOUS: Give fragments of life, not doctrine, says preacher of Curia retreat

NEXT: Capitalism needs infusion of virtue for the common good, cardinal says