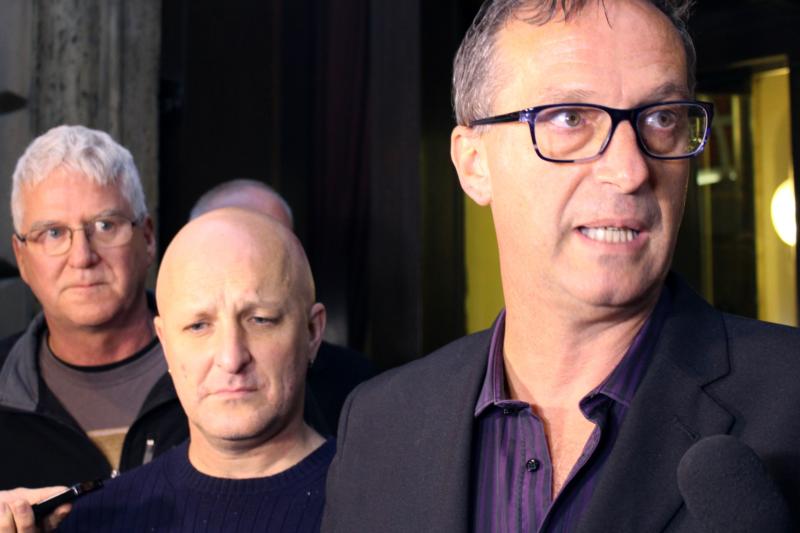 SYDNEY (CNS) — When former Bishop Ronald Mulkearns of Ballarat moved a pedophile priest from parish to parish in the early 1970s without divulging the underlying reasons for the moves, the appointments implied the bishop had confidence in the priest, Cardinal George Pell told Australia’s Royal Commission Into Institutional Responses to Child Sexual Abuse.

Cardinal Pell, then a priest, was a diocesan consultor and, as such, was among a group that approved priests’ assignments. Cardinal Pell told the Royal Commission that, as a consultor, he never received information that would indicate that Father Gerald Ridsdale had committed a string of serious offenses.

For the second day, Cardinal Pell, prefect of the Vatican’s Secretariat for the Economy, testified via video link from the Hotel Quirinale in Rome because his heart condition prevented him from making the flight back to Sydney for the hearing. The March 1 hearing began at 10 p.m. Feb. 29 in Rome and lasted about four hours.

(See a related story on the previous day’s testimony.)

When he was asked whether he had been deceived and lied to by Bishop Mulkearns and others who knew about Ridsdale’s crimes, Cardinal Pell said this was unfortunately correct and was a “gross deception.”

He surmised Bishop Mulkearns could have wanted to protect consultors from culpability and avoid being challenged by them, calling the bishop’s behavior “extraordinary and reprehensible” and saying he could not name another bishop whose actions were so grave and inexplicable. He confirmed several times that pedophilia was never discussed during consultors’ meetings, pointing out that this was consistent with the unanimous evidence of other consultors who had already appeared before the commission.

Citing a 1994 newspaper report that quoted a police detective as saying Ridsdale’s crimes were “pretty common knowledge” in Inglewood’s Catholic congregation in 1976, Furness asked Cardinal Pell if he knew whether it was common knowledge at the time.

“I couldn’t say that I ever knew that everyone knew,” Cardinal Pell responded. “I didn’t know … whether it was common knowledge or whether it wasn’t. It’s a sad story and it wasn’t of much interest to me.” He went on to say that the suffering was real and he very much regretted it.

When inquiring about when the cardinal served as a consultor, questions focused on three particular meetings of the college.

The first occurred in 1977 when Ridsdale was appointed as parish priest of Edenhope, the second in 1979 when he was approved to undertake further studies, and the third in 1982 when he was sent to work at the Catholic Enquiry Centre, a national evangelization body established to take calls from those seeking information about the Catholic faith. In the 1982 meeting, the minutes state that the bishop advised it had become “necessary” for Ridsdale to be moved.

Accusations began to fly in the final hour of the hearing, with Furness suggesting numerous times that it was implausible that Bishop Mulkearns or the two other consultors who knew of Ridsdale’s offending did not tell the remaining consultors at the 1982 meeting the reason for Ridsdale’s move.

Cardinal Pell rejected each assertion, saying that while he did not have a clear recollection of the meeting, he would have remembered if something such as pedophilia was mentioned because it was clearly wrong and would have been a reason to have the priest removed.

About an hour after the hearing concluded, Anthony Foster, the father of two victims, met briefly with Cardinal Pell as he prepared to leave the hotel.

Speaking to media outside the hotel, Foster said that Cardinal Pell held his hand for the entirety of their conversation. The cardinal had previously offered to meet personally with any of those who had traveled to Rome who wanted to meet with him.

Foster told media that he expressed to the cardinal that the only reason he would meet with him would be to discuss improving the Melbourne Response, which provides compensation and counseling to victims of child sexual abuse in the Archdiocese of Melbourne. He said Cardinal Pell responded that it could be discussed.

The Melbourne Response was established in 1996 by Cardinal Pell within the first three months of his appointment as archbishop of Melbourne. While some elements of the plan have been criticized, it was regarded as the first redress scheme for survivors of clerical sexual abuse of its kind in Australia.

Cardinal Pell was expected to testify for two more nights.