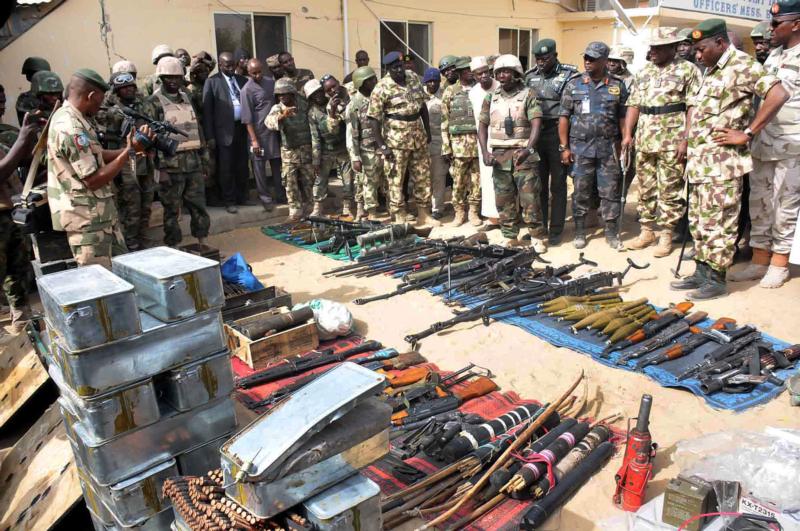 OXFORD, England (CNS) — A Catholic aid official warned that church life faces “grave disruption” from Boko Haram in Cameroon after a local bishop confirmed the Nigeria-based group had caused a “psychosis of fear.”

“This movement opposes all Western values and is also hostile to Muslims who won’t accept the reign of Shariah law,” said Rafael D’Aqui, head of the Africa section at Aid to the Church in Need.

“They’re now trying to draw world attention with cross-border attacks, and since foreign priests and nuns are a key prize, the missionaries on whom the local church depends have had to leave.”

He added that Boko Haram marauders were still regularly taking control of whole villages, abducting child hostages to be brainwashed and used in “random suicide attacks.”

Extremist groups “are obtaining huge sums of money from Saudi Arabia and elsewhere to build mosques where there were previously no Muslims and train imams in a hard, radical school,” D’Aqui said. “There’s a militant fraternity now, which is intent on invading and establishing a presence in Christian areas.”

Catholics account for 38 percent of Cameroon’s 20.4 million inhabitants, with Protestants making up 26 percent and Muslims 21 percent, according to the U.S. State Department’s International Religious Freedom Report.

However, increasingly Catholic communities have been attacked by Boko Haram. Cameroonian government data show that, since 2013, Boko Haram has killed 1,100 civilians and 65 police and troops in the country’s Extreme-North province, an area badly affected by flooding and food shortages.

On Feb. 26, Cameroonian security forces killed 92 militants and freed 850 villagers in a joint operation with Nigerian troops, while on March 8, the government said 120 Boko Haram insurgents had been captured en route to Maroua.

In an early March interview with Aid to the Church in Need’s Germany-based news service, Bishop Bruno Ateba Edo of Maroua-Mokolo said at least 20 people had been killed Feb. 19 in a double suicide bombing at Meme, adding that Christians and Muslims in Extreme-North, whose 2.5 million inhabitants include 50 ethnic groups, were now “all afraid of the suicide bombers.”

The bishop added that some villages had set up interfaith patrols and “watch committees” in collaboration with the army, but said there was “no clear frontier” between Cameroon and Nigeria, with families living on both sides and speaking the same languages.

“We’ve called on our Catholic faithful to show acts of mercy toward the refugees, both the internally displaced and those from Nigeria. We tell our people that, despite the suicide bombers and the war, our prayers will help us greatly.”

Formed in 2002, Boko Haram publicly allied itself with the Islamic State in March 2015 and has killed at least 17,000 people in Nigeria during a seven-year insurgency.

The group also operates in Chad and Niger and has left 2.3 million displaced and 5.6 million facing hunger, according to a March 9 U.N. report.

More than 55,000 civilians have fled Boko Haram in northern Cameroon, according to government data, while 25,000 children have been left without education by the precautionary closure of 173 schools since after the April 2014 mass kidnapping of schoolgirls in Nigeria.

In early 2014, the group abducted three foreign priests from France and Italy in the Maroua-Mokolo Diocese, along with Canadian Notre Dame Sister Gilberte Bussiere.

D’Aqui said an extension was being built to Maroua’s Catholic cathedral to protect Massgoers, who were already having to be screened before entering.

Radio France International reported March 16 that the interfaith watch committees had placed mosques and churches under guard during Friday prayers and Sunday services and had helped ensure there were no civilian victims in five separate suicide bomb attacks between March 10 and 13.

NEXT: Pope may visit Armenia in June, Vatican says