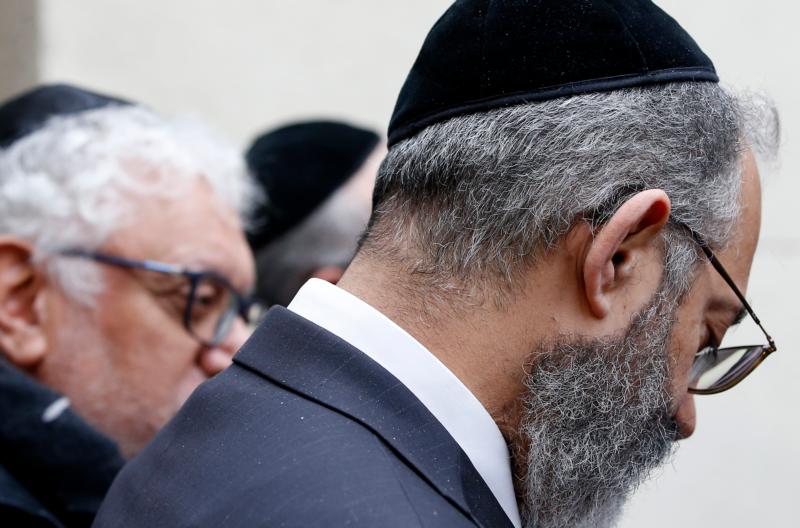 WASHINGTON (CNS) — A Feb. 29 symposium marking the start of Georgetown University’s new Center for Jewish Civilization took note of a precarious future faced by many of Europe’s Jews.

Anti-Semitic attacks are on the rise in their intensity, and some governments seem either unwilling or unable to protect their nation’s Jews, some panelists said at the forum, “Understanding Contemporary European Anti-Semitism.”

“The level of anti-Semitic prejudice in Poland is generally constant,” said Aleksandra Gliszczynska-Grabias, a senior researcher at the Poznan Human Rights Center, citing polling statistics from 2013 that said up to 90 percent of Poles know no Jews, and that 63 percent believe in a “Jewish conspiracy.”

Potentially more troubling, she said, is a bill being considered by the nation’s ruling Law and Justice Party in which it would be “prohibited to defame the good name and honor of the Republic of Poland by public and false attribution to the Polish nation of involvement in, commission of, (and) responsibility for … the crimes committed by the German Third Reich,” punishable by five years in prison.

Among the lawbreakers, Gliszczynska-Grabias said, is “myself, for what I say here.”

While Poles as well as Jews suffered at the hands of the Nazis, she acknowledged, some were also culpable of crimes against Jews in World War II, including the burning alive of Jews in one town — a matter of public record, she said, but now at risk of being suppressed.

France, another predominantly Catholic country, is home to more Jews than any other European nation, with an estimated 415,000 Jews. France has had its own checkered history with Judaism, according to Hudson Institute fellow Benjamin Haddad, a Jewish citizen of France whose family has North African roots, citing the Dreyfus affair of more than a century ago and a Vichy government that “went further” than what their Nazi superiors sought in terms of reining in Jews in occupied France during the war.

Anti-Semitism has taken on a different tenor there. Attacks on Jews, often by Muslims who seem to be “do-it-yourself terrorists,” go hand in hand with attacks against the wider French society, such as last year’s attack at the Charlie Hebdo magazine office in Paris and a simultaneous attack at Hyper Cache, a Jewish market elsewhere in the city, Haddad said.

Ira Forman, the U.S. State Department’s special envoy to monitor and combat anti-Semitism, said one young Jew told him all the Jews he knows talk about leaving France, although few actually do. But assimilation into the larger French society also can corrode Judaism, he noted.

Forman said 85 percent of the world’s Jews live in North America and Israel; of the remaining 15 percent, two-thirds live in Europe. He voiced his doubt that Jews would vanish from France of the United Kingdom, where about 270,000 Jews live, but the numbers to dwindle in other European nations to the point of unsustainability.

Esther Voet, editor-in-chief of the Dutch Jewish Weekly, said at the symposium that she has had to depend on outside financial assistance to keep her publication afloat because, at 30,000 Jews, the subscription base is otherwise too small to maintain publication.

Saskia Pantell, a U.S.-born Swedish Jew and executive director of the Zionist Federation of Sweden, said she spends much of her time in Israel as it is. She added that there are only 7,000 Jews in Sweden and she herself did not outwardly acknowledge her own Jewish heritage until she was 23 years old because “once you do, you’re seen as the ambassador of Israel.”

Daniel Jonah Goldhagen, the author of “The Devil That Never Dies: The Rise and Threat of Global Anti-Semitism,” said polls of citizens of European Union nations show strong percentages who believe in many of the “tropes” that have been leveled at Jews through the ages: that Jews run the banking system, that Jews have “a cabal” that manipulates foreign policy, and the like.

Yet these percentages, some of reach nearly 50 percent for certain questions, mark a historic low for Europe, Goldhagen said. “Before World War II, it was nearly everybody” in Europe who believed in such distorted views, he added.

Asked if the Second Vatican Council, and its document “Nostra Aetate,” on relations between Catholics and Jews and other religions, had made a difference in Jewish life in Europe, Goldhagen replies. Partly yes. I wish I could say really yes.”

The Center for Jewish Civilization, part of Georgetown’s School of Foreign Service, was upgraded from “program” status thanks to a $20 million endowment, half of which came from Miami philanthropist and auto dealer Norman Braman and his wife, Irma. About $10 million of the endowment will be used to study Holocaust-related issues at Georgetown.

NEXT: Cardinal says he reported complaints, but did not know of sex abuse