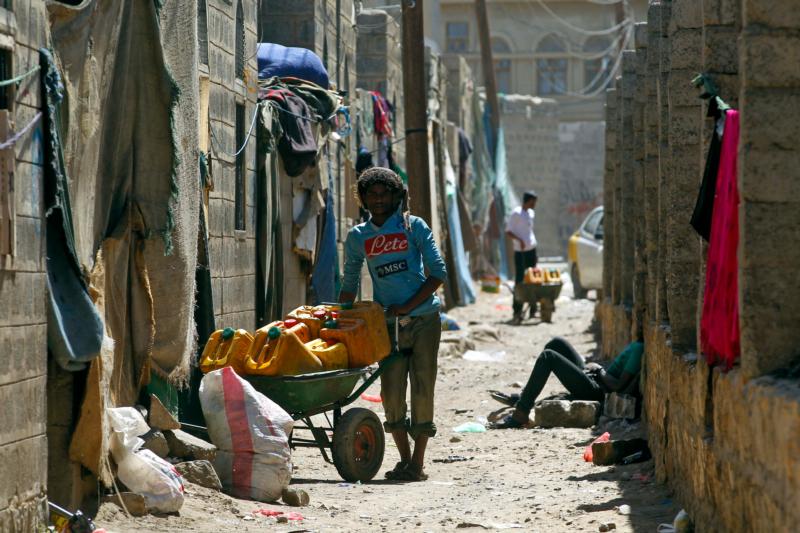 A man stands next to a wheelbarrow in a shantytown in Sana'a, Yemen, Feb. 6. Addressing the needs and challenges of the poor and of refugees is a commitment not only for Christians but for all men and women, Pope Francis told university students. (CNS photo/Yahya Arhab, EPA)

VATICAN CITY (CNS) — Addressing the needs and challenges of the poor and of refugees is a commitment not only for Christians but for all men and women, Pope Francis told university students.

Protecting the rights and dignity of each member of the human family is a calling “we have inside us; something we carry inside us as people,” he said March 17.

Meeting in the Vatican’s Paul VI audience hall, the pope addressed the 3,000 university students from 115 countries who were in Rome for the four-day “2016 Harvard World Model United Nations,” an international relations simulation that teaches students the inner-workings of the U.N. and diplomatic organizations.

While their experience in the program will lead them to appreciate the need for “structures of cooperation and solidarity,” the pope emphasized those structures are most effective when “directed to the service of the most vulnerable and marginalized in our world.”

However, he added, the greatest benefit is not learning about diplomacy or international institutions, but meeting people from all over the world and learning about the real challenges they and their nations encounter. 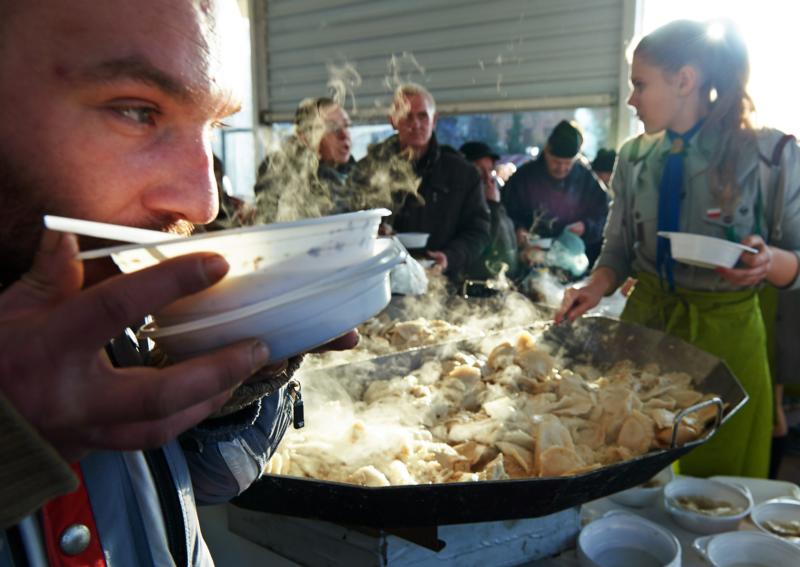 The issues the young people are discussing at the model U.N., he said, “are not faceless.”

“There are families and individuals whose lives are shaped daily by struggles, who are trying to care for their children and provide not only for their future but also the basic necessities for today,” he said. “So too, many of those affected by our world’s greatest problems of violence and intolerance have become refugees, tragically forced from their homes and denied their land and their freedom.

“These are the people who need your help, who are crying out for you to hear them, and who are supremely worthy of our every effort on behalf of justice, peace and solidarity,” the pope told the students.

An individual’s strength of character, he said, lies in not just learning about people in need, but in the compassion shown to those “who cannot care for themselves.”

Pope Francis expressed his hope that the example of the Catholic Church’s commitment to the poor and to refugees would encourage the future leaders to defend the inalienable dignity and rights of all.

“We Christians believe that Jesus calls us to be servants of our brothers and sisters, who care for others regardless of their background or circumstances. This is not only a mark of Christians, however, but is a universal call, rooted in our common humanity,” the pope said.

PREVIOUS: The joy of hope brings light in the darkest times, pope says

NEXT: As Syria war drags on, Vatican official notes sense of helplessness