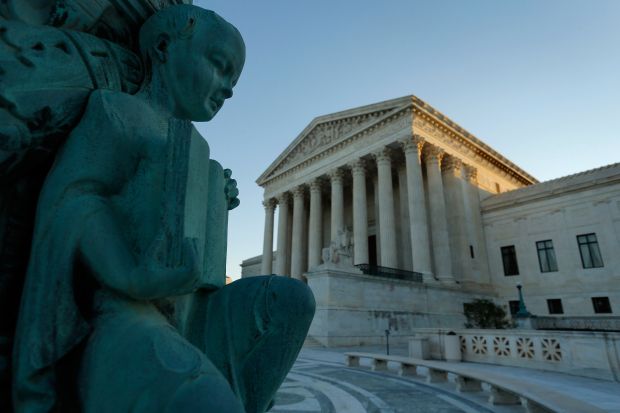 WASHINGTON (CNS) — The religious nonprofits challenging their participation in the contraceptive mandate under the Affordable Care Act agreed with a U.S. Supreme Court proposal that such coverage be provided through an alternative health care plan without involving the religious employers in a legal brief filed with the court.

The brief, filed April 12 in the case of Zubik v. Burwell, said that as long as any alternative plan offering contraceptive health coverage is “truly independent” of the petitioners and their health insurance plans, then they would no longer object to the ACA’s goal of providing access to free birth control to women.

“We said yes to the court. There certainly are ways that people can get contraceptive coverage without using the religious organization providing health plans to do it,” Mark Rienzi, senior counsel with the Becket Fund for Religious Liberty, said during a press call April 13.

“The point of the case is not to say the government cannot get people to have contraceptives. The claim has always been ‘I just can’t be involved. You can do whatever you want, just leave me out of it,'” he added.

“Our argument is if the government is willing to do something separate, that would be fine with us,” he told reporters.

Health insurance programs already exist in states across the country that offer separate contraceptive and abortion coverage under the ACA to meet employer concerns, Rienzi said.

Zubik v. Burwell is a consolidated case involving the Little Sisters of the Poor, Priests for Life, the Pennsylvania dioceses of Pittsburgh and Erie, the Archdiocese of Washington, and other Catholic and faith-based entities. The groups are challenging the ACA’s mandate that most religious and other employers must cover contraceptives, sterilization and abortifacients through employer-provided health insurance even if they are morally opposed to such coverage.

Briefs from the religious groups and the federal government were filed in response to a March 29 order from the eight Supreme Court justices outlining the procedures objecting religious employers must follow if they do not want to provide insurance coverage of contraceptives. It suggested that the groups could contract a third party to provide health insurance for their employees but they would need to inform the insurance company that they did not want the plan to include contraceptive coverage that they find objectionable.

The government’s brief argued that it wanted to keep the contraceptive mandate intact, but offered that it would go along with the court’s suggestion despite the possibility that it might not close the door on future legal challenges.

The court’s alternative, the government said, would work only in cases in which a religious employer uses an outside insurance company for health care coverage. The government also said that the religious groups had never indicated throughout years of litigation that they would accept what the justices ultimately suggested.

The brief reiterated that requiring a religious employer to send its objection to contraceptive coverage in writing is a “minimally intrusive process.”

However, it is that “work-around” of filing written paperwork with the government stating objections to such coverage that led to the lawsuits from the religious groups, which maintain that even complying with the so-called accommodation still involves them in providing coverage that violates their deeply held beliefs.

With the plan, the objecting religious employers would not have to submit a form to the government or their insurance companies about the coverage.

NEXT: $1.5 million grant boosts study of science, faith in seminaries