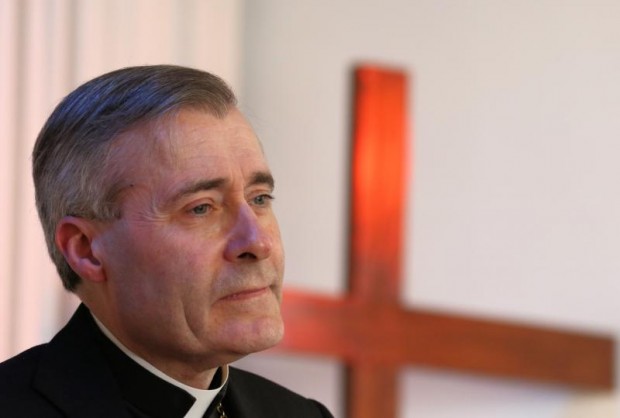 LONDON (CNS) — Catholic bishops have welcomed a unanimous vote by the House of Commons declaring atrocities committed by Islamic State as “genocide.”

Cardinal Vincent Nichols of Westminster said the 278-0 vote recognized “the tragedy being suffered by the people of Syria and across the Middle East.”

“Their plight demands our attention and action,” said Cardinal Nichols, president of the Bishops’ Conference of England and Wales, in a statement emailed to Catholic News Service after the April 20 vote.

“The violence must stop, and that will require international assistance,” he said.

The British government has consistently resisted attempts to recognize the alleged genocide of Christian, Yezidi and Shiite Muslim minorities in Syria and Iraq at the hands of the Islamic State group, also known by the Arabic term Daesh. It has insisted that it would be guided instead by any decision of the International Criminal Court to pursue and prosecute members of the terror group.

But the motion introduced into the House of Commons by Fiona Bruce, a member of the ruling Conservative Party, called on the government to reverse its policy and to proactively demand that both the U.N. Security Council and the International Criminal Court acted swiftly to pursue the group for genocide.

“This House believes that Christians, Yezidis, and other ethnic and religious minorities in Iraq and Syria are suffering genocide at the hands of Daesh and calls on the government to make an immediate referral to the U.N. Security Council with a view to conferring jurisdiction upon the International Criminal Court so that perpetrators can be brought to justice.”

Bishop Mark Davies of Shrewsbury, who had used his Easter homily to urge the government to recognize the genocide, issued a statement April 21 in support of Bruce.

“We are witnessing nothing less than genocide being committed with horrifying cruelty against Christians and other minorities in the Middle East,” the bishop said in the statement. “Whole communities face annihilation and look to the international community for support.

He applauded the House of Commons decision and added, “I hope the British government will reconsider its position and be ready to stand with other governments and international bodies in recognizing this crime of genocide.”

During the debate, Bruce told politicians that “no fewer than seven resolutions have been passed around the world, condemning the actions of Daesh as genocide, including the Council of Europe in January, the European Parliament in February, and the U.S. House of Representatives in March.” She referred to U.S. Secretary of State John Kerry announcing that Islamic State was genocidal by “self-proclamation, by ideology, and by actions.”

The government had previously ensured the failure of an amendment to the Immigration Bill in the House of Lords; the amendment might have led Britain’s High Court to recognize Islamic State crimes as genocide.

Ahead of the House of Commons debate, the government also directed ministers and parliamentary aides to abstain from the vote.

Foreign Office Minister Tobias Ellwood, speaking for the government, told the House of Commons that while he personally believed Islamic State was committing genocide, it was a matter for the U.N. Security Council to decide.

“As the prime minister has said, genocide is a matter of legal rather than political opinion,” said Ellwood. “We, as the government, are not the prosecutor, the judge or the jury. Such matters are for the U.N. Security Council.”

He added that Britain would nevertheless “track down those who commit these acts and hold them to account, no matter how long it takes.”

PREVIOUS: Charity begins at home, but must not stop there, pope says