In Britain, disagreement over effects of gender-neutral facilities 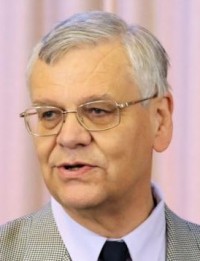 MANCHESTER, England (CNS) — Catholic schools that voluntarily set up gender-neutral toilets or changing rooms to accommodate increasing numbers of transgender students could be sued in the event of a sex attack, a Catholic lawyer warned.

Neil Addison, director of the Liverpool-based Thomas More Legal Centre, said schools that adopted such arrangements voluntarily would leave themselves open to legal action if a crime was committed because of their policy. Britain does not have a law that would force schools to set up such facilities.

“I don’t see why schools should not have that (gender-neutral facilities) if it’s well-policed and well-supervised and well-monitored,” he said in an interview with London-based LBC Radio.

“As circumstances change and … perhaps more parents want this, then obviously head teachers will try and accommodate that where possible,” said Sir Michael, a Catholic and former head teacher.

However, Addison, a former senior prosecutor who has advised the English and Welsh Catholic bishops on legal matters, said such arrangements would be reckless.

“We are getting cases of young children getting arrested for sexual offenses even below the age of criminal responsibility,” he told Catholic News Service in an April 15 telephone interview.

“What happens if you have a gender-neutral toilet and a sex attack of some sort takes place? Could the school be liable? I think the school could be,” he said.

Addison said if gender-neutral toilets were made compulsory by the government, schools would be protected from legal action following an assault because they would have been “only obeying the law.”

But if a head teacher had chosen to introduce the facilities then the school could be “in breach of a duty of care if something happened in these mixed toilets.”

The Catholic Education Service, an agency of the Bishops’ Conference of England and Wales, declined to comment on the possibility of Catholic head teachers introducing gender-neutral toilets.

“Every pupil, regardless of what gender they identify as, is treated with the same dignity and respect,” the service said in an April 18 statement emailed to CNS.

U.K. teaching unions and health services are reporting increases in the numbers of young people who claim to be a different gender from the one in which they were born. Teachers and others have expressed a desire to be more accommodating.

In February, the Gloucester High School for Girls accepted its first and only transgender student after Jordan Morgan, 13, changed her gender.

Similar debates are underway in other parts of Europe where “gender theory” — which asserts that gender is determined by the individual rather than biologically — is starting to take root.

In March, for instance, the province of Madrid, Spain, passed the Law of Identity and Gender Expression and Social Equality and Nondiscrimination, which obliged schools to introduce gender-neutral facilities to accommodate transgender pupils.

In late March, three Spanish bishops issued a joint statement that called the law unjust and “an ideological expression … that clashes directly with the Christian anthropology that has given sustenance and support to what has come to be known Christian or Western civilization.”

Their statement was not co-signed by Archbishop Carlos Osoro Sierra of Madrid, however.

The application of gender theory has also created controversy in the U.S., most recently in Nebraska, where Catholic bishops opposed moves to allow students to participate in sports in the gender of their adoption rather than of their birth.

NEXT: Call to mercy means education for more refugees