Pope to visit Lesbos with Orthodox to highlight plight of refugees 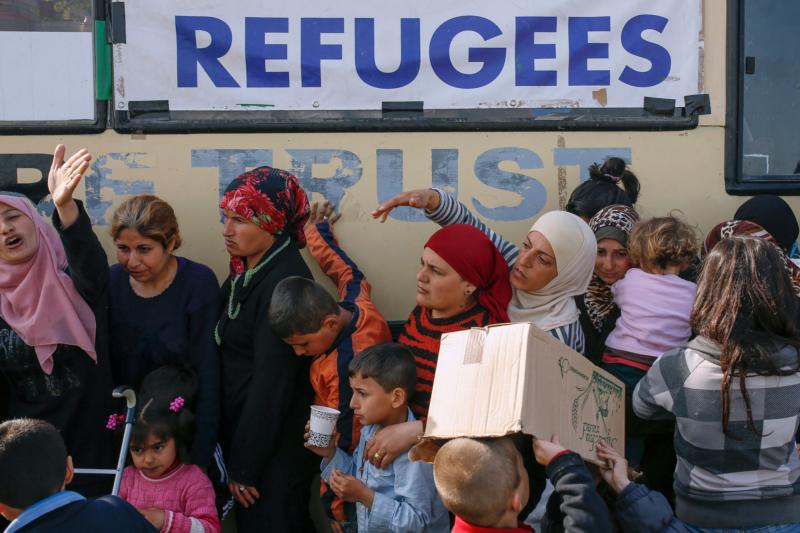 People wait to receive food at a makeshift camp for migrants and refugees April 6 at the Greek-Macedonian border near the village of Idomeni, Greece. Pope Francis will go to the Greek island of Lesbos April 16 with Orthodox leaders to highlight the plight of refugees. (CNS photo/Marko Djurica, Reuters)

VATICAN CITY (CNS) — In an effort to highlight the dramatic situation of refugees left in limbo on the Greek island of Lesbos, Pope Francis and other Christian leaders will meet with the migrants April 16.

“Naturally, the pope wants to be there in order to draw attention to the sense of solidarity and responsibility” of all Christians, Jesuit Father Federico Lombardi, Vatican spokesman, told reporters April 7.

The pope wants to go to Lesbos for the same reasons that drew him to visit the Italian island of Lampedusa: to point to “the reality of refugees and immigrants” and because “he sees an important emergency” unfolding there, Father Lombardi said.

The joint visit by the pope and two top Orthodox leaders in the region also shows “that the Christian churches are united on the frontlines of major challenges, before humanitarian emergencies, problems of justice and peace in the world today,” Father Lombardi said.

The pope accepted invitations by Greek President Prokopis Pavlopoulos and Ecumenical Patriarch Bartholomew of Constantinople, the Istanbul-based spiritual leader of the world’s Orthodox, to make the one-day visit, the Vatican said.

The pope and patriarch will also be joined by Orthodox Archbishop Ieronymos of Athens and all of Greece when meeting with the refugees on the island.

Father Lombardi said it was still too early for further details about the trip, but that the itinerary would be “very basic.” It was expected the pope would be welcomed at the airport by local authorities, he said, and in addition to the meeting with refugees, there would be a second organized event of some kind on the island.

It will be the second time in modern history a pope visits Greece; in 2001, St. John Paul II made a historic pilgrimage that included Syria and Malta as he traced the evangelizing route of St. Paul.

Lesbos is just a few miles from the coast of Turkey, and for years migrants and refugees fleeing conflict in the Middle East have been arriving on this and other nearby islands in an effort to reach Western Europe.

Approximately 172,000 migrants have crossed into Greece and Italy since the beginning of 2016, according to the International Organization for Migration.

A new agreement between Turkey and the European Union stipulates that those who cross the Aegean Sea from Turkey illegally are sent back to Turkey, with the aim of stemming the flow of migrants to Greece. The deal states that the EU will take in thousands of Syrian refugees from Turkey and offer the nation financial help and other assistance.

Some criticize the accord because it risks deporting asylum-seekers and refugees rather than illegal migrants, and it may not guarantee safeguarding human rights and living conditions of those on the move.

NEXT: Catholics and Methodists can learn from one another, pope says