Catholics and Methodists can learn from one another, pope says 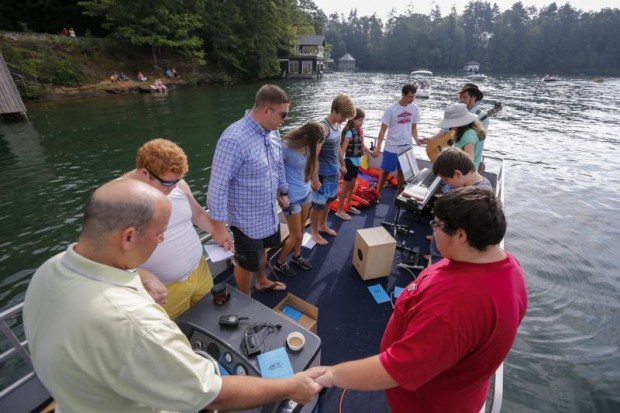 Members of the Clayton First United Methodist Church pray in 2015 during a service on a lake in Lakemont, Ga. Catholics and Methodists can learn from one another, Pope Francis says. (CNS photo/Erik S. Lesser)

VATICAN CITY (CNS) — Catholics and Methodists can still learn from one another how holiness is lived and understood, Pope Francis said.

Religious leaders must also ensure that members of both congregations “meet regularly, come to know one another and encourage one another to seek the Lord and his grace,” he said April 7.

The center, he said, is a sign of a “growing closeness” between the two churches and the desire to “overcome all that stands in the way of our full communion.”

“May the Lord bless the work of the office and make it a place where Catholics and Methodists can encounter one another and grow in appreciation of one another’s faith, whether they be groups of pilgrims, those training for ministry, or those who guide their communities,” the pope said.

While differences remain, the pope said that continued dialogue “based on respect and fraternity” continues to enrich both communities.

Citing the words of John Wesley, one of the founders of Methodism, the pope said members of both communities must help one another “in whatever leads to the kingdom.”

Although Catholics and Methodists cannot “yet think alike in all things, at least we may love alike,” he added.

“None of these differences constitutes such an obstacle as to prevent us from loving in the same way and offering a common witness to the world,” the pope said.

“Our lives of holiness must always include a loving service to the world; Catholics and Methodists together are bound to work in different ways in order to give concrete witness to the love of Christ.”

PREVIOUS: Pope to visit Lesbos with Orthodox to highlight plight of refugees

NEXT: Show mercy to all families, the strong and the struggling, pope urges