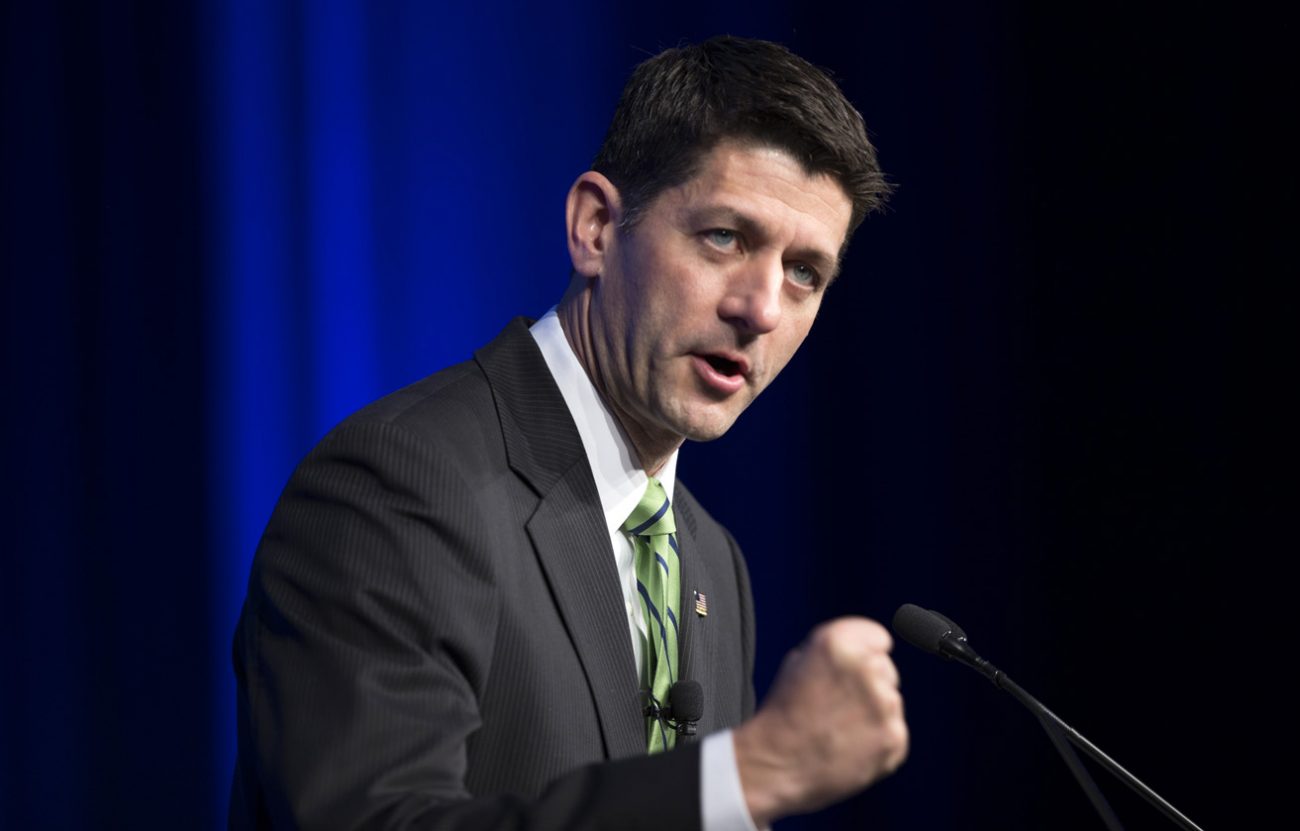 WASHINGTON (CNS) — People of faith have the responsibility to “advocate for their faith,” not only through good works, but on spiritual realms — one being through prayer, U.S. House Speaker Paul Ryan, R-Wisconsin, said May 17.

He made the comments at the 12th annual National Catholic Prayer Breakfast, which drew a record high of about 1,300 attendees to a downtown Washington hotel.

Ryan and Sister Constance Veit, communications director for her religious congregation, the Little Sisters of the Poor, were special guests at the breakfast.

Keynote speaker Cardinal Robert Sarah, prefect of the Vatican Congregation for Divine Worship and Discipline of the Sacraments since late 2014, addressed the topic of marriage in the church. He said that it is the responsibility of the church to demonstrate to others how marriage should look within a Christian community.

“The family is the natural preparation and anticipation for the communion that is possible when we are united with God,” said Cardinal Sarah, who is the former president of the Pontifical Council Cor Unum. “This is why the devil is so intent on destroying the family.”

In his address, in addition to highlighting the importance of prayer, Ryan also emphasized the need to advocate for the government to safeguard religious liberty. 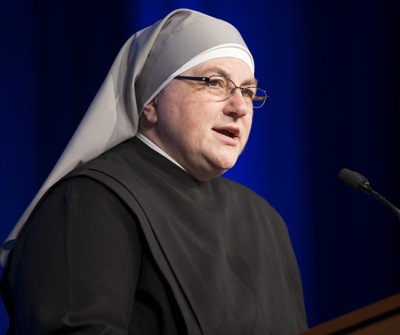 Sister Constance Veit, communications director for her religious congregation, the Little Sisters of the Poor, speaks at the National Catholic Prayer Breakfast May 17 in Washington. (CNS photo/Bob Roller)

“Religious liberty is going to make a comeback,” he said. “There is a growing need for faith in this nation.”

Ryan, who is Catholic, also emphasized the importance of good works, referencing the ministry of Sister Constance and the Little Sisters of Poor.

In 2015, the religious congregation challenged the Affordable Care Act’s mandate that most religious employers cover contraceptives for their employees even if the employer finds such coverage morally unacceptable. The Little Sisters’ challenge and a number of other suits filed against the mandate by Catholic and other faith-based entities reached the Supreme Court. On May 16, the high court sent the cases — known collectively as Zubik v. Burwell — back down to the lower courts.

At the breakfast, Sister Constance underlined that people of faith should not only take care of the physical needs of those who are hurting, but should care for their spiritual needs and demonstrate to them their value.

“Look upon each person, friend or foe as Christ would,” said Sister Constance. “Even our most cunning adversary is a person ultimately longing to love and to be loved.”

Father Paul Scalia, a priest of the Diocese of Arlington and son of late Supreme Court Justice Antonin Scalia, led the recitation of the Divine Mercy chaplet. Bishop Paul S. Loverde of Arlington, Virginia, then gave the invocation and blessing at the start of the breakfast.

Jay Richards, who is executive editor of The Stream, an online news source on science, culture and other issues, and an assistant research professor at the School of Business and Economics at The Catholic University of America, attended the breakfast for a second year to represent the university.

“The National Catholic Prayer Breakfast is a nonpartisan event that focuses on faith as Catholics and doesn’t avoid the controversial issues of today,” said Richards in a phone interview with Catholic News Service the day before the breakfast.

He said that this year, in many ways, would be different than the previous year he attended.

“The speakers represent not only the controversy in the church, but in the culture at large,” said Richards. “The family has never been more under attack than it has been today in the U.S. Cardinal Sarah has been absolutely rock solid on the issue of marriage in the church and Speaker Paul Ryan is a good example of a Catholic in (the) legislature. Both the keynote speaker and the guest speakers are dealing with controversial issues.”

PREVIOUS: Study of women deacons won’t be first, but might answer questions

NEXT: Marianists in New York suspend priest over claims of misconduct, abuse