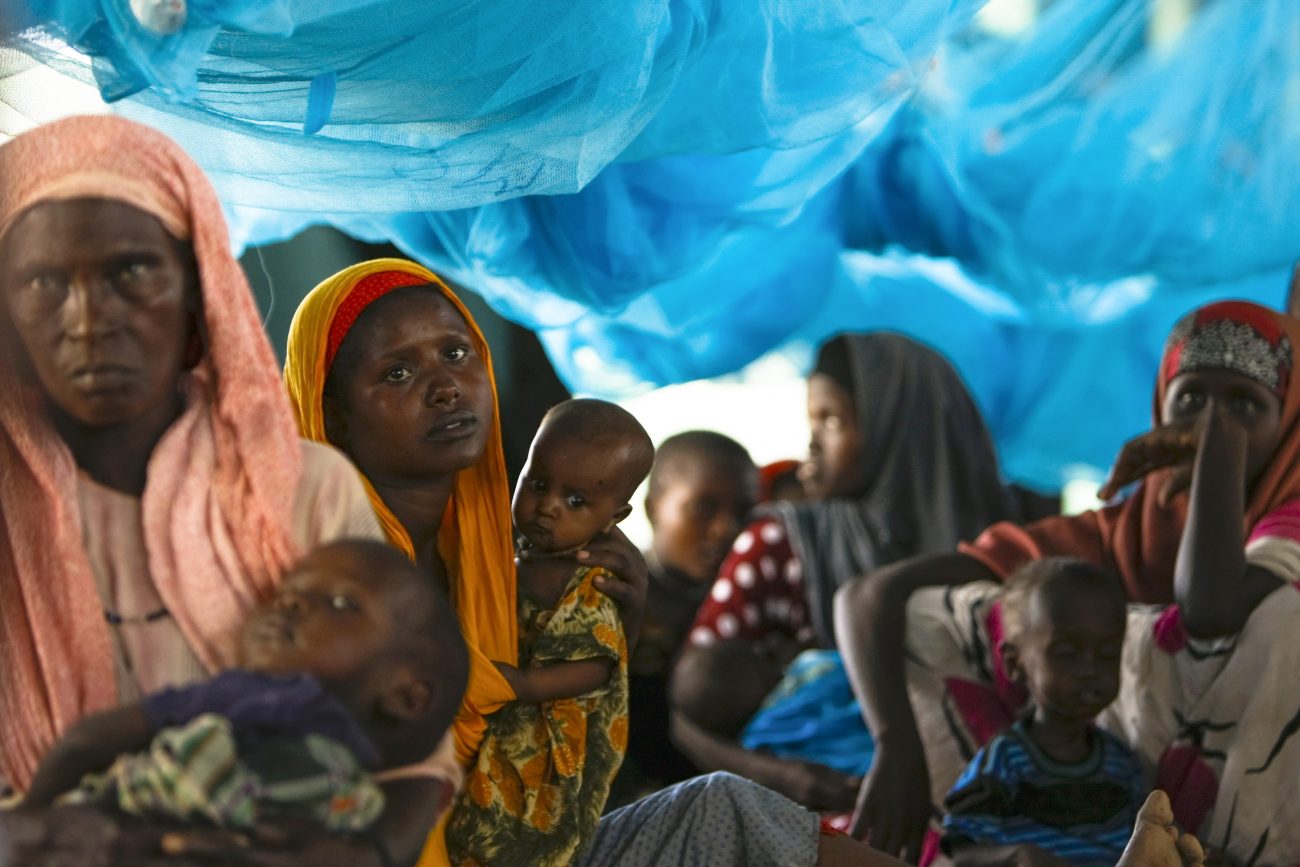 Somali refugees sit inside a tent in 2011 at the Ifo Extension refugee camp in Dadaab, Kenya, across the border from Somalia. (CNS photo/Dai Kurokawa, EPA)

“The directive to close the camps violates the general principle of voluntary repatriation of refugees living in Kenya,” JRS and 10 other humanitarian organizations said in a May 10 statement. They noted the refugees needed to be returned to their countries of origin “in a safe and dignified manner.”

Kenya’s government said May 6 that it would disband its Department of Refugee Affairs and close the sprawling Dadaab camp, home to mostly Somalis, and Kakuma camp, which has grown through the conflicts in South Sudan and Burundi. The government said hosting refugees posed a security threat, particularly from Somali Islamist group al-Shabab.

But the humanitarian organizations said shutting down the camps will put the refugees, mostly women, children and unaccompanied minors, at great risk. They said Kenya “has been recognized as a safe haven for persons seeking refuge from conflict and environmental disasters.”

Acknowledging the “hospitality and responsibility” that Kenya has borne over decades, the organizations said that, despite “huge economic and social pressure, Kenya continues to host close to 600,000 refugees and asylum seekers” from neighboring countries.

“The acceptance of refugees in Dadaab, Kakuma and those living in urban settings is a reflection of good practice and gesture exhibited by the government of Kenya and host communities,” they said.

“Somalia is faced with drought and other security risks” and is “likely to see an increase in displacement and vulnerability,” the organizations said, adding that the humanitarian crisis in war-torn South Sudan is far from over. Both Somalia and South Sudan are largely ungoverned.

“An abrupt closure of the two camps would mean a humanitarian catastrophe for the region as neighboring countries, especially Uganda, Tanzania and Ethiopia, are already shouldering huge refugee influxes,” the groups said.

Kenya’s Department of Refugee Affairs “delivers crucial administrative services for refugees and asylum seekers, and its disbandment would create an immediate critical service provision and coordination gap for management of refugee affairs,” they said.

The humanitarian organizations — which, besides JRS included the Danish Refugee Council, Oxfam, and Save the Children — said they share the Kenyan government’s desire to reinforce security in the country and asked that it boost its police reform program and improve community policing, particularly within the refugee camps.

The international community should provide sufficient financial support to refugee programs in Kenya and share the burden of hosting refugees with the government of Kenya, they said.