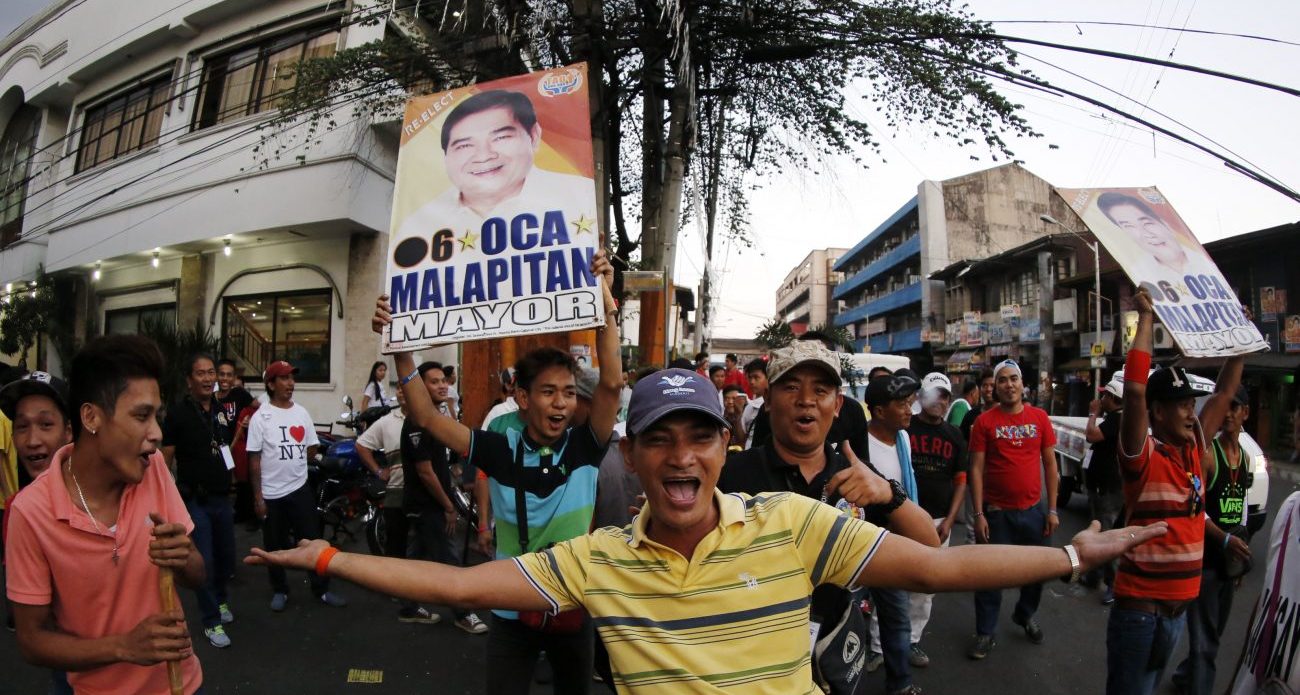 Father Pascual told Catholic News Service May 11 that he had “high hopes” Duterte would crack down on corruption, criminality, “unchecked terrorism” and drug pushing, and he suggested he start with a “big fish” corrupt official to set an example.

Duterte has a charism for identifying “with people’s needs and aspirations. He verbalizes the language and longings of the people to cleanse society or reduce substantially the social ills,” Father Pascual said.

Filipinos voted for 18,000 offices, from president to local neighborhood councilors. Some Catholic leaders were reserved about Duterte, the Davao City major known for tough talk. Throughout the campaign, Duterte said he would rid the country of criminals within six months of taking office. At times he had said he would do this legally, but at other times he did not include that caveat.

In his last campaign speech, two days before the elections, Duterte again threatened to kill drug pushers, armed robbers and other “loser” criminals, telling hundreds of thousands of supporters in Manila, “Forget the laws of human rights.”

Archbishop Antonio Ledesma of Cagayan de Oro commended calls for “reconciliation and healing” among the candidates after campaigns that saw name-calling and allegations flying against one another.

The archbishop told Catholic News Service the archdiocese honors the results of the presidential race.

“But on the other hand, we are also asking everyone to be sure that all the rule of law and the constitutional processes are followed,” said Archbishop Ledesma. “Because this is one controversial point that it’s still not clear how the president will carry on his promises. But we are sure that he has already made statements that he will abide by the rule of law.”

Before the elections, Archbishop Ledesma highlighted a Human Rights Watch report that tracked the more than 1,400 media-reported extrajudicial killings in Davao City. The archbishop warned against supporting a candidate who espoused the “culture of death.”

The 71-year old Duterte has been a strong proponent of giving Muslim separatists in the country’s southwest their own state.

Peace was forged in 2014 between the current administration of President Benigno Aquino and the largest rebel group, the Moro Islamic Liberation Front, in a bid to end four decades of conflict that saw more than 120,000 people dead. But the peace process hit a major stumbling block after a clash between the rebels and special police forces in January 2015 left more than 60 dead. The incident sowed distrust on both sides and made difficult the passage of a measure that would create an autonomous Muslim majority region.

In a May 9 pastoral letter, issued as votes were being counted, Archbishop Socrates Villegas of Lingayen-Dagupan, Philippine bishops’ conference president, said the church would not back off from “reminding (Christ’s) disciples of what fidelity to him — in all things, including political life — demands.”

The archbishop said the church was praying for wisdom and discernment of God’s will for those who won office. He said they should remember that God had a hand in their victories and that God calls public officials “to service and to care for the weakest and the most distressed in our midst,” particularly children in need and exploited women.

“The greatest promise the church can offer any government is vigilant collaboration, and that offer, we make now. We will urge our people to work with the government for the good of all, and we shall continue to be vigilant so that ever so often we may speak out to teach and to prophesy, to admonish and to correct — for this is our vocation,” the letter said.

During the campaign, Duterte told the bishops’ conference to quit criticizing his ways.

However, in his letter, Archbishop Villegas said: “Several critical, even spiteful, voices have asked us to desist from “interfering” in politics. We cannot. We do not aspire after office and we have sought none. We do not even impose upon the Catholic faithful a set of anointed candidates. But it would be a denial of Christ’s universal lordship were we to desist from reminding his disciples of what fidelity to him — in all things, including political life — demands.”