ROME (CNS) — In an effort to increase its impact on poverty, some Catholic development and relief agencies are looking at private investors as a new source of funding.

A conference on impact investing June 26-28 brought together investment experts, private foundations, social enterprises and leaders of church organizations to discuss how faith-based institutions might use private capital to advance their ministry of helping the poor and disenfranchised. The conference was a follow-up to a 2014 gathering on impact investing, which promotes investing in companies, organizations and funds that will have a positive and measurable impact on communities and the environment and reap returns for investors. This year’s conference was sponsored by the Pontifical Council for Justice and Peace, Catholic Relief Services and the Mendoza College of Business at the University of Notre Dame.

One speaker said the church should use one of its own most valuable assets — land — to benefit the poor.

Agnes Kalibata, a former minister of agriculture in Rwanda and president of Alliance for a Green Revolution in Africa, told the more than 160 people in attendance that the Catholic Church “is the biggest owner of land in our country.”

As the whole nation works to develop policies that aid its people, the church should also set an example by showing how its own resources can be used to benefit those in need, she said. 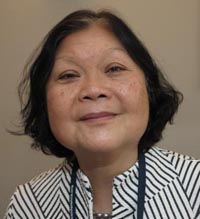 Carolyn Woo, president and CEO of Catholic Relief Services and a former business professor, agreed. In many parts of the world, “the church has a lot of land, and when land is productive it should be profitable.”

While CRS has longed worked with communities to help them improve their farming and ability to be self-sustaining, it is also reaching out to dioceses urging them to grow crops. For example, CRS encouraged one Ethiopian bishop to provide land for a vineyard that produces thousands of bottles of altar wine a year for the Catholic Church there.

He said since 2013, when Pope Francis called on institutions to increase efforts to combat malnutrition, “we looked at the dioceses under the Pontifical Mission Societies” to see how they could contribute to feeding communities. In Africa, where food security is lacking for so many people, staffers saw hundreds of pieces of land belonging to dioceses and religious communities that could be used for farming projects, he said.

The U.S. chapter of the pontifical agency also is investing in religious sisters by funding MBA scholarships for 10 Kenyan and 10 Ugandan nuns who already were running subsistence farms on land.

The training they receive, he said, is meant to help them take their small agribusinesses to the next level: They will refine and develop their business plans, Father Small said, in ways that are meant to provide more food and employment for others as well as follow ethically and environmentally sound principles.

For example, the Dimesse Sisters who run a retreat center in Nairobi are using dairy livestock to produce milk for themselves and guests at the center and to sell to the local community, he said.

Both Father Small and Woo said getting private capital to invest in such programs would help small initiatives expand, improve, innovate, create a livelihood for more people and increase production.

The church’s “business model” for funding social services has been “highly dependent on philanthropy” such as donations and grants, said Woo, who served as dean of the Mendoza business school from 1997 to 2012.

While such gestures of goodwill will remain critical, certain projects and initiatives cannot rely on donations for start-up, expansion, or long-term sustainability, she told CNS June 27.

“The challenge is that the frequency, the intensity and the reach” of problems people face are of such a magnitude that the solutions demand resources of similar scale, she said. Donations are not enough to sustain such long-term, complex responses, she said, “so you need different sources of money.”

A number of people today, especially millennials, she said, want to invest in things that do good. She and other speakers said people are more willing to sacrifice high returns for a lower rate, if they know their assets are being used to help those in need. 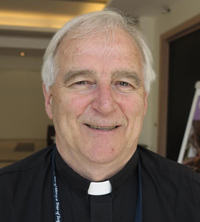 Oblate Father Seamus Finn, chair of the Interfaith Center on Corporate Responsibility, said the church cannot depend on just one revenue stream anymore as the demand for help increases with lingering or growing world crises and “traditional ways of raising money are going away or decreasing.”

He said he finds the big challenge is people working in the field of development tend to hold “a really strong suspicion about the private sector or the for-profit sector going into this space” of human and social development.

“It’s a mistaken perspective,” he said, because as long as “it’s clear I’m lending you money and it’s at 2 percent (interest), what’s wrong with that?”

“People need to take a second look” at how private investors can make a real difference in people’s lives, he said.

Some donors and investors want to feel and be connected to the people or project they want to help, Father Finn said, as well as know the money is being used to make a real difference. Today the technology is there to make those connections and track accountability very easily, he added.

One impact investing firm in Nigeria, for example, uses satellite imagery to monitor the crops of the small farmers it helps so as to intervene quickly with needed resources, since satellite data can pinpoint infestation or other environmental stressors.