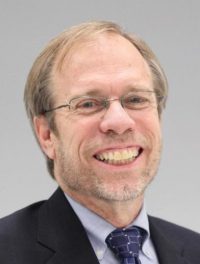 Greg Erlandson is pictured in a 2010 photo. (CNS files)

ST. LOUIS (CNS) — Catholic communicators “have a double mandate: the First Amendment of the Constitution and the Gospel,” Greg Erlandson told the Catholic Media Conference in St. Louis.

Erlandson, former president and publisher of Our Sunday Visitor, received the Bishop John England Award June 2 from the Catholic Press Association of the United States and Canada.

“These are perilous times,” he said in his acceptance remarks. “We are looking at competing ideological agendas that too often are incompatible with the Gospel and that too often threaten the weakest among us — both born and unborn — the undocumented, the terminally ill, the poor and neglected.”

Catholic communicators’ vocation “is to be their voice,” said Erlandson. “Our vocation is to be the voice of the church. That is our responsibility and our privilege.”

Our Sunday Visitor, based in Huntington, Indiana, was founded 104 years ago “to be a voice for the church and the rights of Catholics,” he said, adding that he is “proud of any role I have played in this legacy.”

As publisher, Erlandson oversaw OSV Newsweekly and many other OSV periodicals, books and resources.

He said that in that role, he “sought to defend the church’s right to speak out on all the issues of the day, to defend the church’s right to participate in the debates that animate the public square, but to do so without rancor or histrionics, to do so without blinders or defensiveness, but in the spirit of loyalty, honesty and intelligence that I hope has defined all that we published.”

In editorials and articles, OSV Newsweekly “has spoken out in defense of religious liberty and supported — both in court and in our pages — the opposition to the HHS (Health and Human Services) mandate regarding contraception, sterilization and abortion-inducing drugs. We have addressed religious freedom issues worldwide, and defended the rights of migrants and refugees.”

The publication also has addressed the sex abuse crisis, he said, “both saluting the church for the policies it has instituted in the wake of the crisis, but also addressing the failures of leadership that occurred and that so wounded our church.”

He noted the publication’s defense of Catholic organizations “that have endured unjust attack,” he said, pointing in particular to Catholic Relief Services, the U.S. bishops’ overseas relief and development agency. CRS “has been the target of malicious and shameful witch hunts,” Erlandson said.

He said he was deeply honored to win the England award and paid tribute to former and current staffers at OSV, including his predecessor as publisher, Bob Lockwood.

The England award is named for the Irish-born bishop of Charleston, South Carolina, who founded The Catholic Miscellany in 1822. As publisher of the newspaper, Bishop England defended separation of church and state, saying it was good for both entities. He also espoused freedom of religion. Presented annually, the award recognizes publishers in the Catholic press for the defense of First Amendment rights, such as freedom of the press and freedom of religion. It is the CPA’s highest award for publishers.

NEXT: Ali known not just for prowess in ring but also for faith, generosity