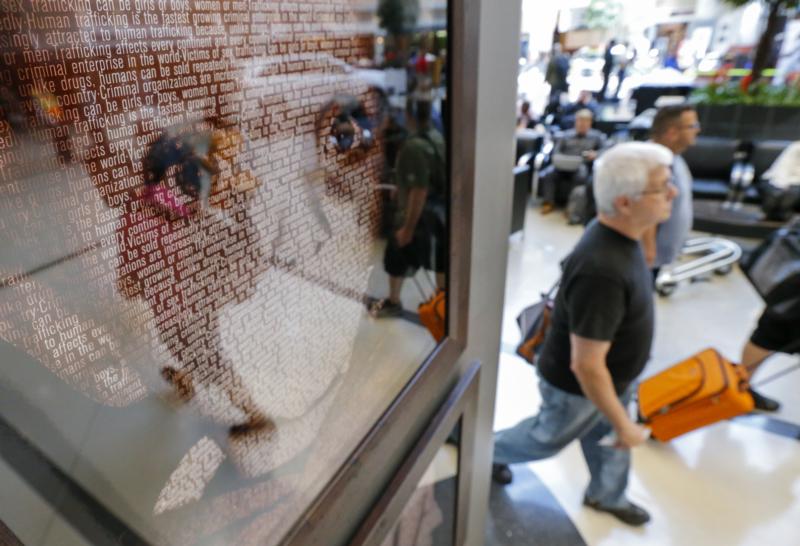 WASHINGTON (CNS) — Evelyn Chumbow was 9 years old when she was trafficked from Cameroon and enslaved in Silver Spring, Maryland, just outside the nation’s capital.

There, she was beaten severely and forced to cook, clean and take care of her trafficker’s children without pay or education until she escaped to a local Catholic church at 17, where she found help from Catholic Charities.

Survivor-activist Chumbow, along with six other human trafficking experts, shared her story at a panel during the United State of Women Summit, held June 14 in Washington.

The panel proposed practical solutions to end human trafficking, to an audience of around 50 activists.

“Trafficking does not know any gender, any sexual orientation, any socioeconomic class, or any race,” Dank said.

Dank co-wrote a 300-page research report on the underground commercial sex economy in various U.S. cities. She urged the audience to advocate for decriminalizing prostitution, as this punishes victims and makes it more difficult for them to find legitimate employment once they leave prison.

“If you rescue us and everything, you’ve got to figure out what to do next,” Chumbow insisted at the end of her speech.

Dank’s research found a strong correlation between trafficking and societies in which women are marginalized. She exhorted the audience to implement gender equality education in these communities.

Catherine Chen, director of investments at Humanity United, explained the education measures her company had taken in Nepal, where between 30,000 and 60,000 children labor in brick kilns for little or no pay in inhumane conditions.

In 2013, Humanity United founded the Better Brick Nepal initiative, which set up market incentives to encourage international buyers to buy bricks that weren’t made with child labor, forcing the Nepalese kiln owners to change their mode of operation.

The initiative also used financial incentives to change how parents thought about child labor and to implement early childhood education programs in the kiln areas.

She mentioned Humanity United’s partnership with the Guardian, which produced 11 investigative news articles about slave labor in the Thai seafood market. This sparked similar articles by Reuters and The New York Times, all of which reached 10 million total readers.

“Not only has that reporting educated people,” Chen said, “because of it, a really dedicated number of NGOs are working across Southeast Asia, and because of the efforts of the U.S. State Department and the European Union and leading supermarkets around the world, Thailand’s 7 billion dollar fishing industry is being forced to change.”

Catholic organizations, too, are fighting trafficking, beyond the work that Catholic Charities does for survivors like Chumbow.

Talitha Kum, an international group of men and women religious that fights human trafficking, is slated to launch “Play for Life,” a program to combat trafficking during the Rio 2016 Olympics. More details on the program were to be released in a June 21 news conference at Vatican Radio in Rome.

NEXT: With record-high temps in Southwest, volunteers help keep the vulnerable safe