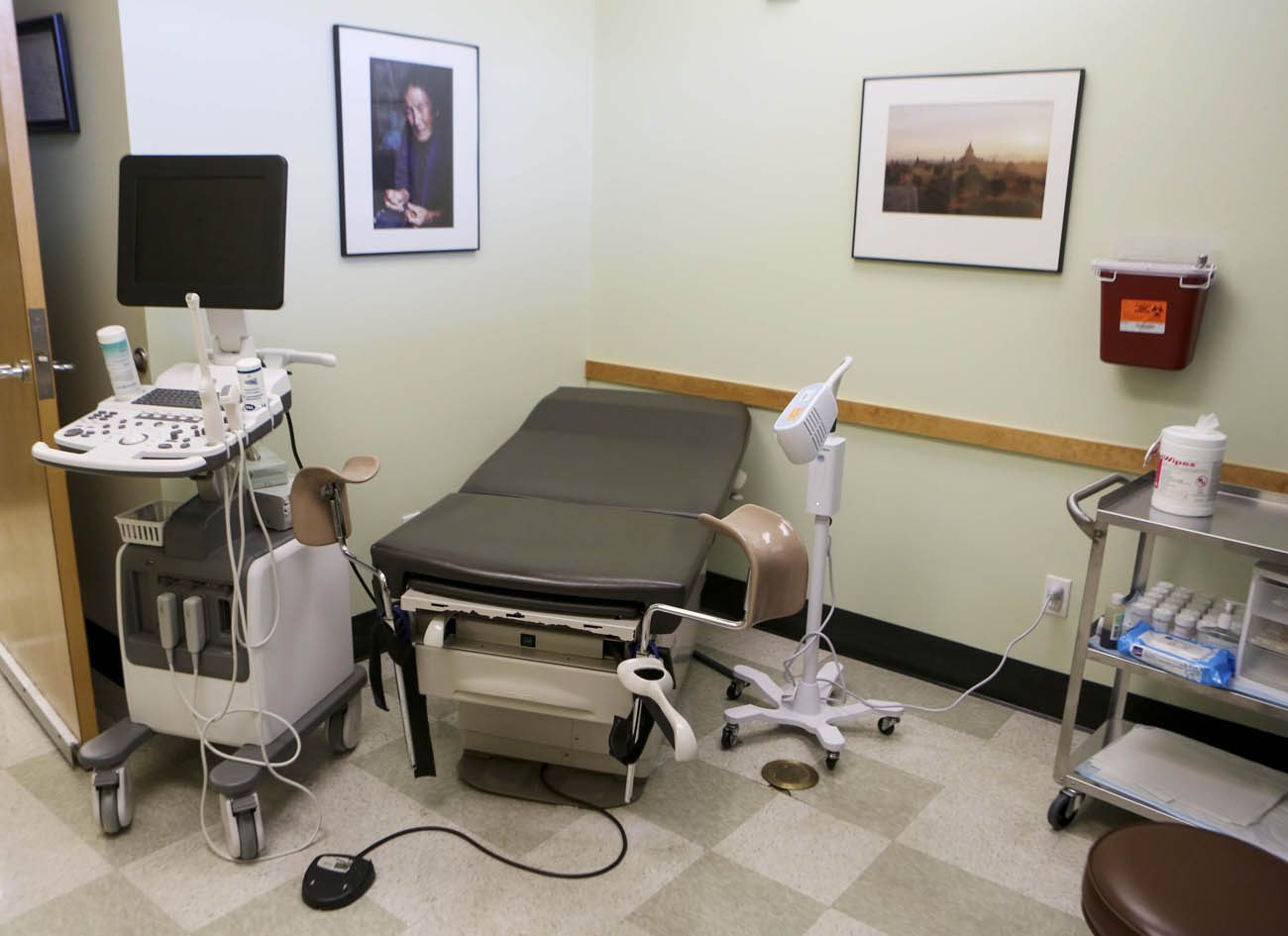 An exam room at the Planned Parenthood South Austin Health Center in Austin, Texas, is shown June 27. In a 5-3 vote that day, the U.S. Supreme Court struck down restrictions on Texas abortion clinics that required them to comply with standards of ambulatory surgical centers and required their doctors to have admitting privileges at local hospitals. (CNS photo/Ilana Panich-Linsman, Reuters)

WASHINGTON (CNS) — Just after 10 a.m. East Coast time June 27 in Washington, Kristan Hawkins, director of Students for Life, made an announcement to her small rally in front of the Supreme Court:

Her comments followed the high court issuing its 5-3 decision in Whole Woman’s Health v. Hellerstedt. The court struck down restrictions on Texas abortion clinics that required them to comply with standards of ambulatory surgical centers and required their doctors to have admitting privileges at local hospitals.

The ruling was met with a sense of resignation by the few who were able to make speeches to barely 100 at Hawkins’ pro-life rally before being drowned out by the adjacent rally. Numbering more than 2,000 in support of legal abortion, that group celebrated the decision as its loudspeakers blared Queen’s “We Are the Champions.”

“Reasonable people know that Texas law H.B. 2 was in the best interest of women’s health,” said Jeanne Mancini, president of March for Life.

“Today, women and women’s health are the real losers. Because of this decision today, beauty parlors, public pools and veterinary clinics will have high health standards than abortion clinics.”

Said Hawkins, “It is within the rights of the states, indeed, it is the duties of the states, to protects its citizens from predatory businesses, which is exactly what the abortion industry is.”

“What we’ve seen today is another win for special interests in Washington, D.C.” said Genevieve Wood, a communications fellow at the Heritage Foundation. “Women did not win — the abortion industry did.”

Evangeline Bartz, a lawyer for Americans United for Life, said: “The Supreme Court has accepted the argument that the abortion industry should keep its profits high and their standards low.”

Hawkins sensed when she arrived that the numbers and noise level weren’t going to work in her favor. “They’re pretty aggressive today,” she told Catholic News Service about groups in favor of legal abortion gathered in front of the court.

She also claimed “they paid a bunch of people to show up,” explaining that before the rally at the court, she had seen many of those demonstrators organizing at nearby Union Station and receiving packets of materials on the abortion issue.

NEXT: Catholic Church has right to be heard in public square, says cardinal