Extreme poverty is a reality, not a faceless statistic, pope says 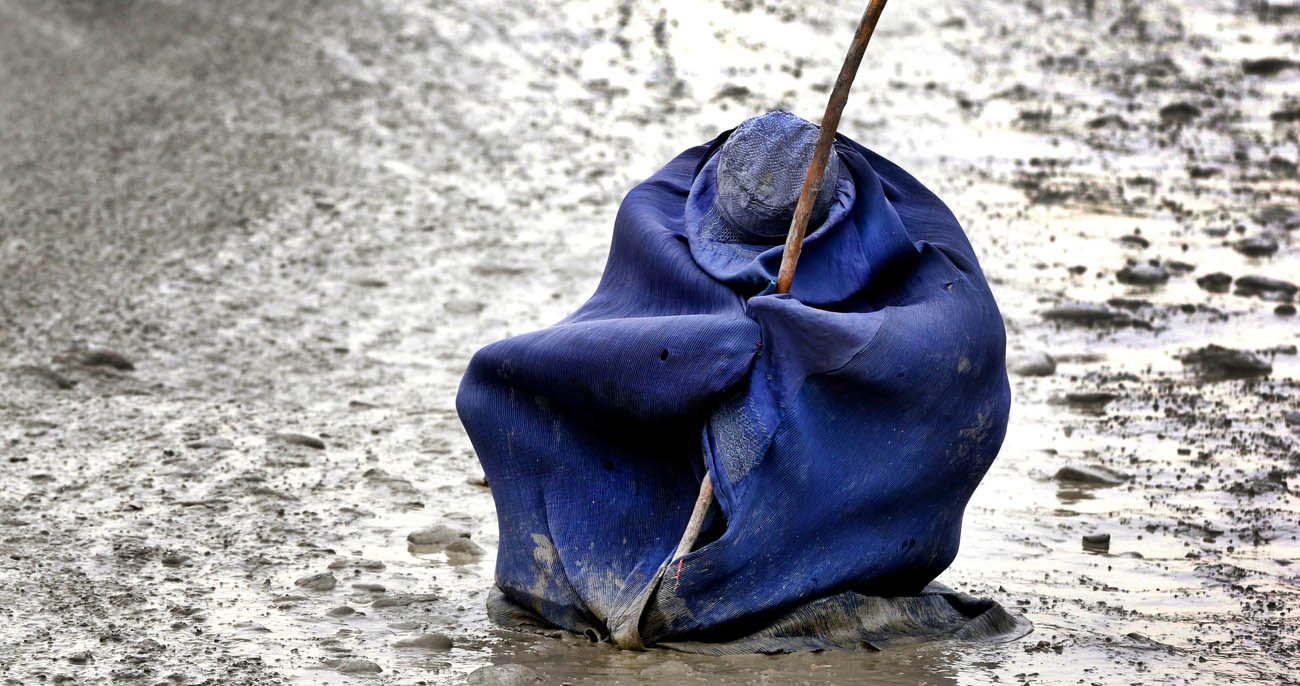 A woman begs on a roadside in Kabul, Afghanistan, Feb. 10. The key to ending extreme poverty and hunger is to recognize that behind every statistic, there is the face of a person who is suffering, Pope Francis said. (CNS photo/Hedayatullah Amid, EPA)

ROME (CNS) — The key to ending extreme poverty and hunger is to recognize that behind every statistic, there is the face of a person who is suffering, Pope Francis said.

Advanced communications, while informing the world of the tragedy of poverty, has also resulted in a desensitized culture that has turned the real suffering of people into statistics, the pope told WFP executive board members.

The world is gradually “growing immune to other people’s tragedies, seeing them as something ‘natural,'” he said. “Without faces and stories, human lives become statistics and we run the risk of bureaucratizing the sufferings of others.”

According to the WFP website, the organization provides food assistance to an estimated 80 million people in 82 countries.

Arriving at the headquarters, the pope greeted employees and took a moment to pray in front of a plaque commemorating those who died in the line of duty. The pope praised their sacrifice, saying that far from a “cold and anonymous institution,” the WFP is “an effective means for the international community” to carry out the work of feeding the hungry.

“The credibility of an institution is not based on its declarations, but on the work accomplished by its members,” he said.

While noting the potential of an “interconnected world marked by instant communications,” the pope also lamented a situation in which extreme poverty is considered “natural” and the tragic circumstances of the hungry “turn into one more news story.”

If the people behind the statistics are not recognized, he said, the world “can yield to the temptation of discussing ‘hunger,’ ‘food,’ and ‘violence’ as concepts without reference to the real people knocking on our doors today.”

“We are bombarded by so many images that we see pain, but do not touch it; we hear weeping, but do not comfort it; we see thirst but do not satisfy it,” he said. “While the headlines may change, the pain, the hunger and the thirst remain; they do not go away.”

Pope Francis told the members of the WFP executive board that the first step in fighting poverty is to “de-naturalize” it and shed light on the causes of poverty due to “a selfish and wrong distribution of resources” as well as the abuse and exploitation of the earth.

“We have made the fruits of the earth — a gift to humanity — commodities for a few, thus engendering exclusion. The consumerism in which our societies are immersed has made us grow accustomed to excess and to the daily waste of food,” he said.

The pope also brought attention to the resources and priority given to the production and purchase of weapons at the same time that efforts to distribute food supplies to hungry people suffering in war zones are used as a “weapon of war.”

“We thus find ourselves faced with a strange paradox. Whereas forms of aid and development projects are obstructed by complicated and incomprehensible political decisions, skewed ideological visions and impenetrable customs barriers, weaponry is not,” he said.

Praising the World Food Program’s dedication to eradicating world hunger, the pope affirmed the church’s commitment and cooperation to defend and protect the dignity of those who suffer.

“‘I was hungry and you gave me food; I was thirsty and you gave me something to drink.’ These words embody one of the axioms of Christianity. Independent of creeds and convictions, they can serve as a golden rule for our peoples,” the pope said.

After delivering his address, Pope Francis greeted WFP employees, telling them he preferred to speak off the cuff rather than reading his prepared remarks because “speeches are a bit boring.”

Thanking the employees for their “hidden work behind the scenes” in eradicating poverty, the pope called on them to never forget the lives of the program’s employees who died while serving others.

“They were able to do that not only because of the courage they had (and) the faith they had in their work, but also because they were sustained by your work. Thank you so much and I ask you to pray for me so that I, too, can be able to do something against hunger,” he said.

PREVIOUS: Love, not some idea of perfection, leads to happiness, pope says

NEXT: Patriarchs call for liberation of Iraqi lands where Christians lived