Patriarchs call for liberation of Iraqi lands where Christians lived 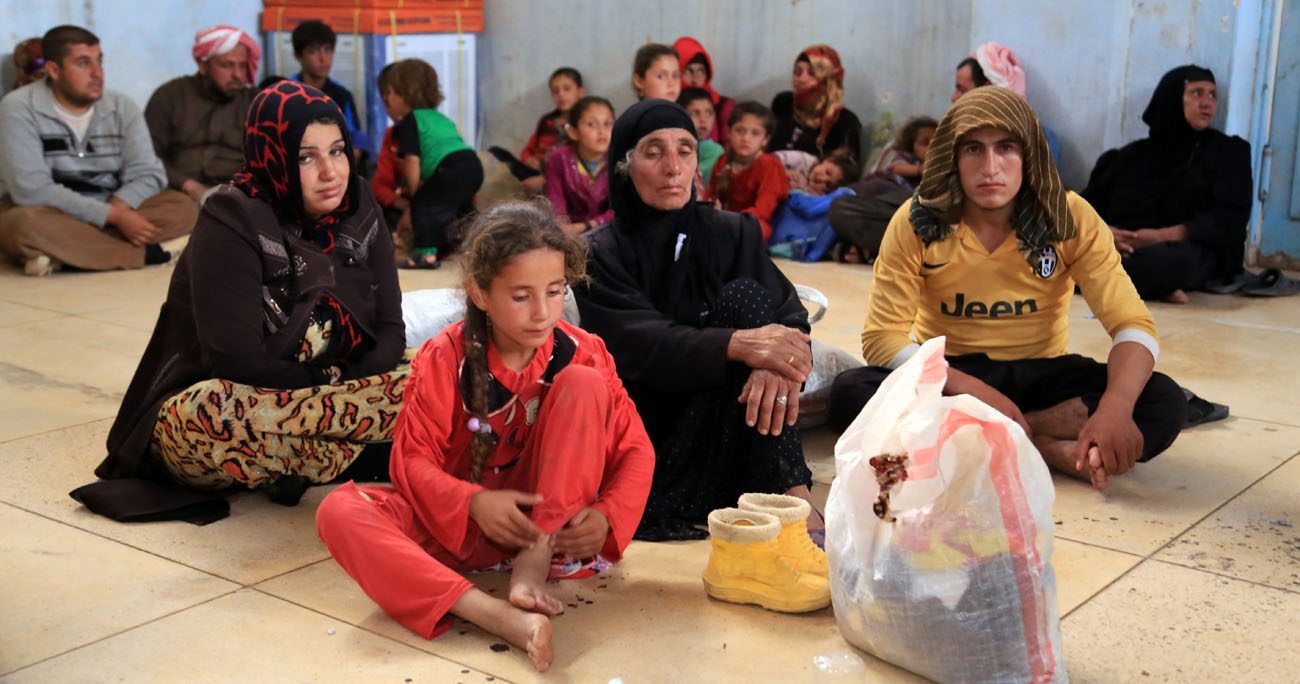 BEIRUT (CNS) — Syriac patriarchs, marking the two-year anniversary since the Islamic State group expelled Christians from a large part of Iraq, denounced “the ethno-religious genocide” of their people and called for the liberation of those areas.

Syriac Catholic Patriarch Ignace Joseph III Younan and Patriarch Ignatius Aphrem II of the Syrian Orthodox Church of Antioch in a joint statement, stressed that “the wound of forced emigration is still bleeding.”

“Two years passed since the uprooting of our Syriac people from the land of our ancestors in Mosul and the Nineveh Plain, following the criminal act which amounts to an ethno-religious genocide, committed by Daesh (Islamic State) and other terrorist groups,” the patriarchs said.

In all, about 150,000 people were uprooted and fled to the semi-autonomous Kurdistan region of Iraq and neighboring Lebanon, Jordan and Turkey.

Noting that the Islamic State forces consider as infidels “all those who do not share their religion or believe in their confessional doctrines,” the two leaders denounced the atrocities against non-Muslims in the region. They also welcomed the March genocide declaration of the Islamic State group’s actions by U.S. Secretary of State John Kerry and other countries.

The religious leaders called on other nations, including Iraq, to concur with that finding and to act against the invading forces.

“Today, two years after the calamity that was brought upon our people, the decision-making countries and the international community remain silent and inactive towards the ethnic cleansing of a historical people who founded the civilizations of the area,” the patriarchs insisted.

The religious leaders recounted the anguish they have experienced during their visits to the uprooted Christians.

“As spiritual fathers of this people, our hearts were pierced with pain and our eyes were filled with tears every time we visited, together and separately, our displaced children who settled in the cities and towns of the Kurdistan Region in Iraq,” the patriarchs said.

“We observed their suffering and the lack of the most basic elements needed for a dignified life, namely housing, work, healthcare or education for the children,” they continued.

In closing, the Syriac shepherds offered a message of hope to the people displaced by the violence urging them to “remain the shining lamp in the darkness of this tribulation, for your return to your homes will be soon.”

PREVIOUS: Extreme poverty is a reality, not a faceless statistic, pope says

NEXT: Bishops call on Filipinos not to bully or harass gay people