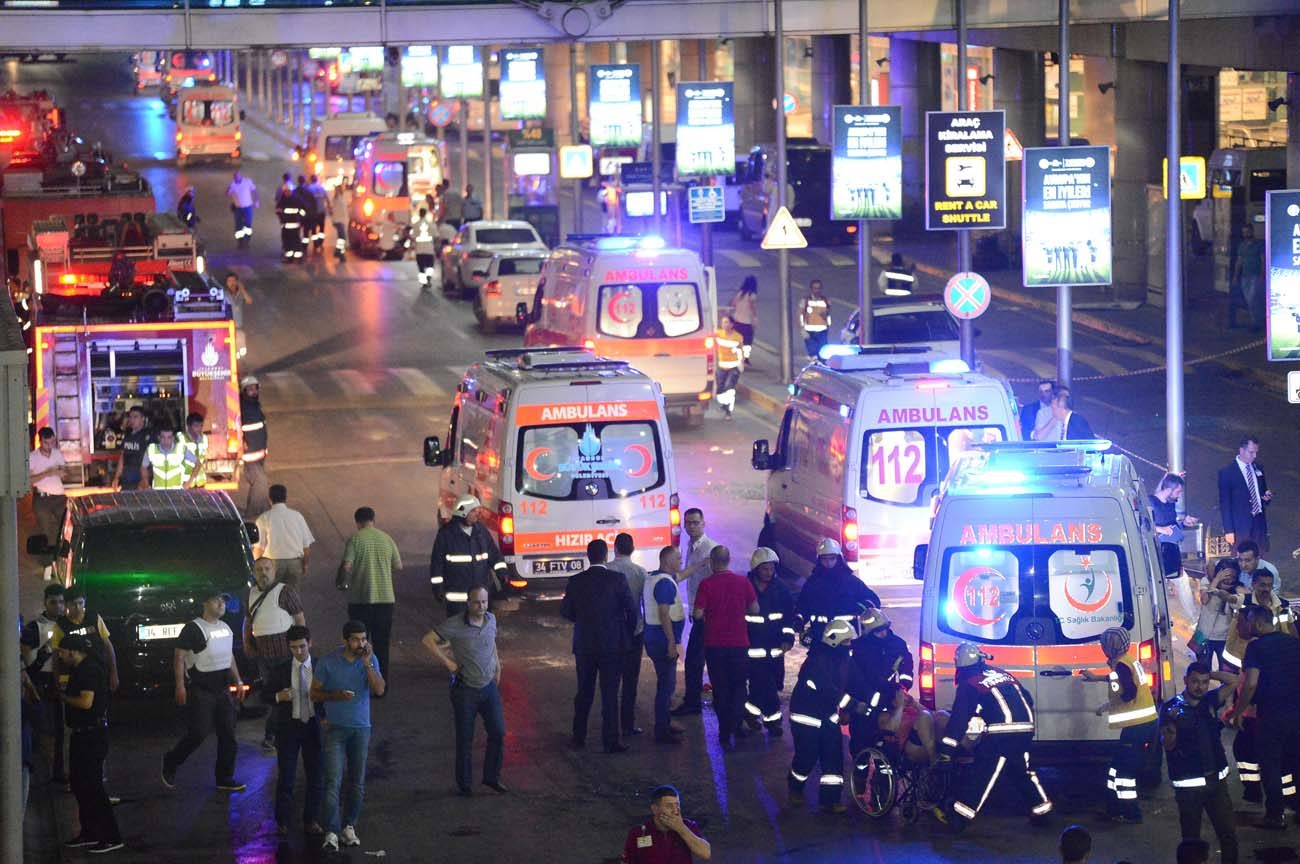 VATICAN CITY (CNS) — Pope Francis led pilgrims in praying for peace and for the victims of a terrorist attack at Istanbul’s Ataturk Airport in Turkey.

“Yesterday evening in Istanbul, a heinous terrorist attack was made that has killed and wounded many people. Let us pray for the victims, their families and for the dear Turkish people,” the pope said June 29 after reciting the Angelus prayer with visitors in St. Peter’s Square.

The attack took place June 28 in the international terminal and the parking lot of the airport when three suspected terrorists opened fire and, shortly after, detonated their suicide vests.

Turkish officials said that, as of early June 29, the attack claimed the lives of 41 people, among them 10 foreign nationals, and left 239 people wounded.

Although no group has claimed responsibility for the attacks, Turkish Prime Minister Binali Yildirim told reporters that preliminary signs point to the Islamic State, according to Reuters.

The terrorist organization carried out a similar attack at Brussels Airport and the Maelbeek metro station in Belgium March 22, which killed 32 people and wounded over 300.

Before leading thousands of pilgrims in silent prayer followed by the “Hail Mary,” Pope Francis prayed that those who perpetrate such attacks would have a change of heart.

“May the Lord convert the hearts of the violent and sustain our feet into the way of peace,” the pope said.