Pope to appoint advisory board in removing negligent bishops 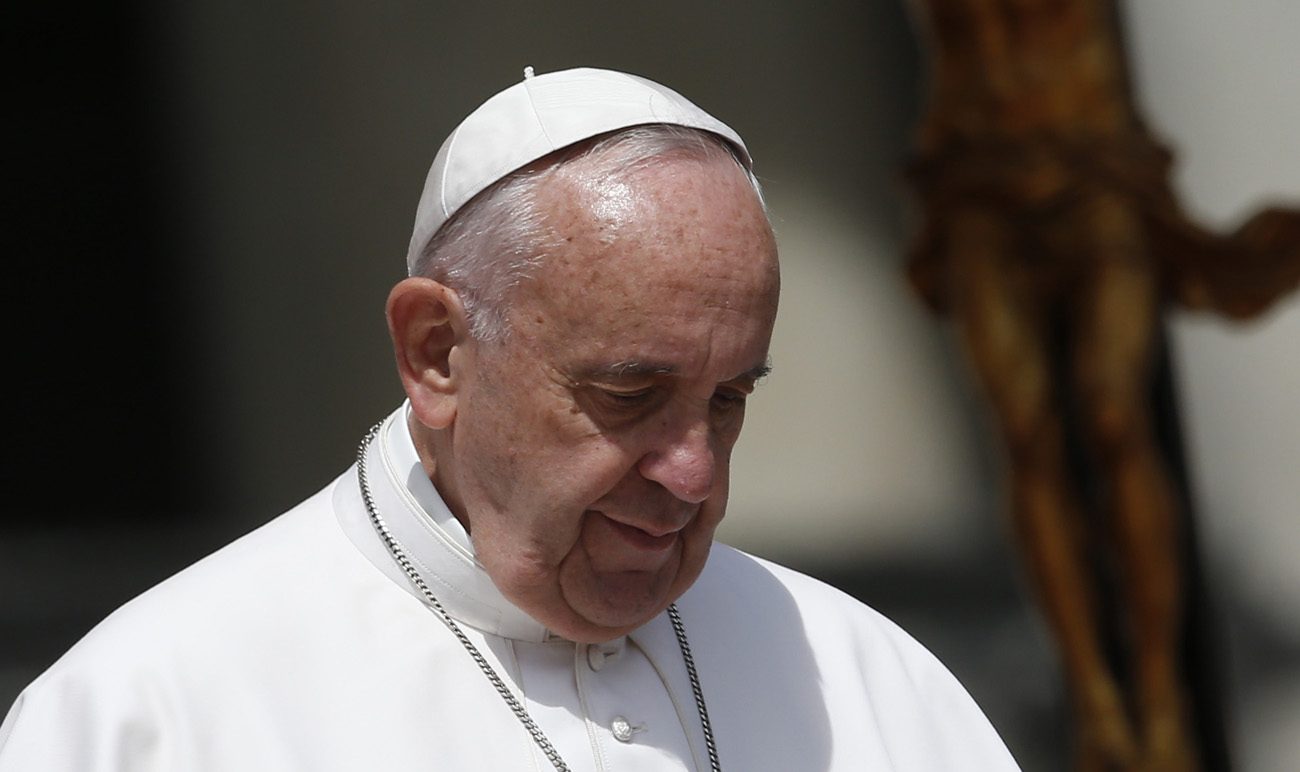 VATICAN CITY (CNS) — Pope Francis will set up a panel of legal experts to help him in deciding whether to remove a religious superior or bishop from office for failing to protect minors and vulnerable adults from sex abuse.

Vatican offices will continue to investigate claims of negligence on the part of bishops, ordinaries or religious superiors under their jurisdiction. But the pope — who makes the final decision about a bishop’s removal from office — will now be assisted by a papally appointed “college of jurists,” according to procedures that take effect Sept. 5.

In an apostolic letter given “motu proprio” (on his own initiative), dated June 4, the pope reaffirmed that bishops of a diocese or eparchy and those responsible for other kinds of particular churches can be “legitimately removed” for negligence.

In order for it to be grounds for removal, such negligence — either through omission or commission — will have had to cause “serious harm to others,” including individuals or a community, the letter said, and “the harm can be physical, moral, spiritual” or to property.

The new procedures are “clearly an important and positive step forward by Pope Francis,” said U.S. Cardinal Sean O’Malley of Boston, head of the Pontifical Commission for the Protection of Minors.

The measures are meant to establish “a clear and transparent means for ensuring greater accountability in how we, as leaders of the church, handle cases of the abuse of minors and vulnerable adults,” he said in a written statement, released June 4. “We are grateful that our Holy Father has received the recommendations from our commission members and that they have contributed to this new and significant initiative.”

While all members of the church have a duty to safeguard and protect children and others from abuse, bishops of dioceses and eparchies, apostolic administrators and vicars, and those who lead a territorial prelature or abbacy must be especially diligent “in protecting the weakest of those entrusted to them,” the pope’s letter said. It said the heads of religious orders also come under the same standards of due diligence.

If a bishop’s removal is deemed appropriate, the congregation will produce, “in the briefest time possible, the decree for removal,” the new norms said.

In every case, the congregation’s decision must be approved of by the pope, who — before making that final decision — will be assisted by a “college of jurists” he has appointed, it said.

The “college” would be a sort of review board, that is, a body of advisers and not a tribunal, Jesuit Father Federico Lombardi told Catholic News Service June 6.

He said the Congregation for the Doctrine of the Faith would not be involved in these investigations since the accusations do not deal with the crime of abuse, but with “negligence of governance.”

The proposal last year by the Council of Cardinals to have the doctrinal office investigate and judge claims of “abuse of office” by bishops who allegedly failed to protect minors had only been a suggestion, Father Lombardi said, and “it never existed” as an established procedure.

The new procedures spelled out in the “motu proprio” came after a year of study by numerous experts, he said, and are meant to address the need for greater accountability by bishops and superiors of religious orders.